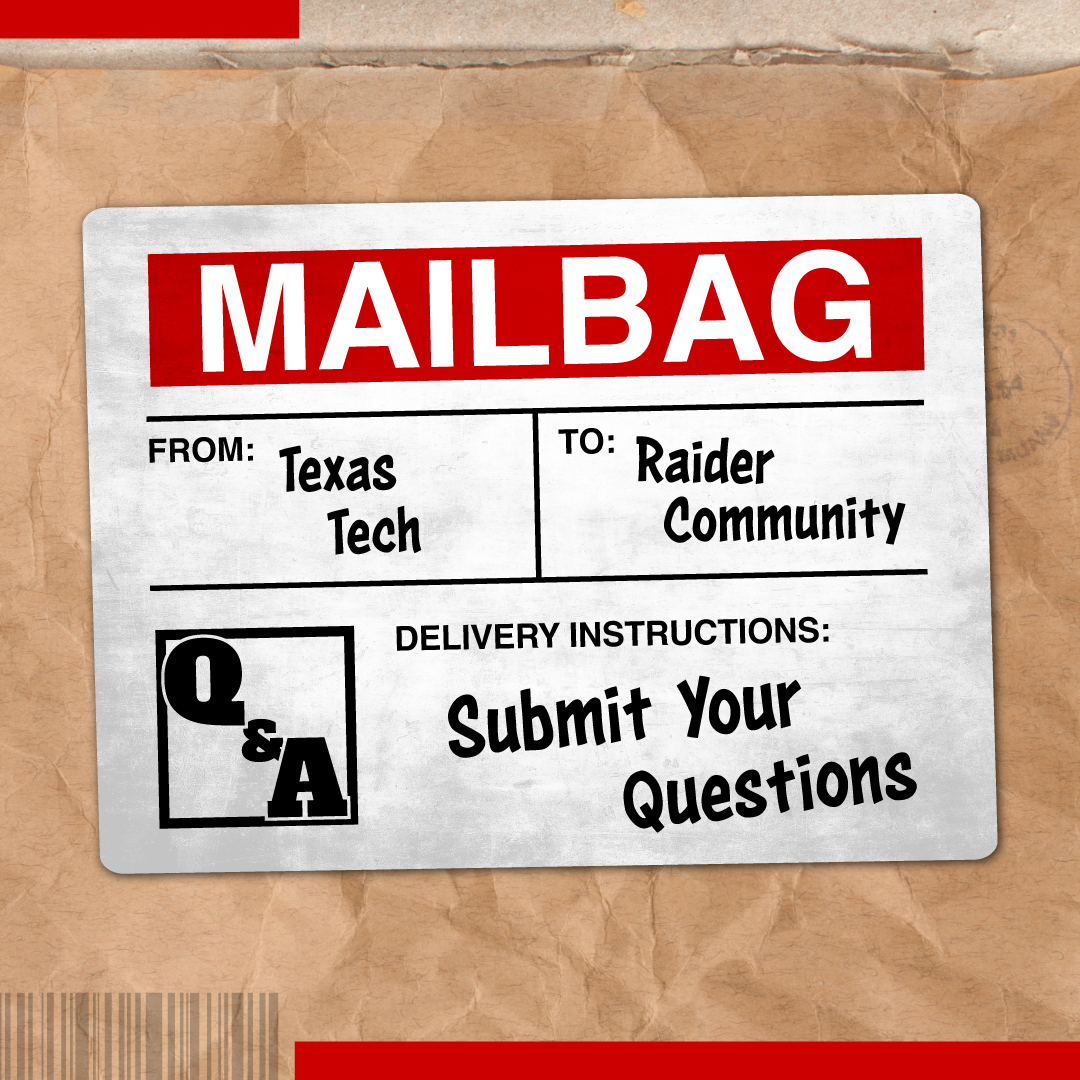 There's an old saying that goes something like: “When the legend is more entertaining than the truth, print the legend.”

This week we got a question in the inbox that sparked a strong debate in the Office of Communications & Marketing and will likely do the same thing amongst those who partake in this light reading.

Here it is from a staff member over in the Davis College of Agricultural Sciences & Natural Resources.

I keep hearing (and reading in some cases) that Texas Tech is the second-largest contiguous college campus in the country. Is that true?

So, is this a fact or a legend that's just become part of the fabric of Texas Tech University?

We'll admit, we started our search about the same way you will…. we hopped on the old Google machine and looked up “Texas Tech, second largest college campus.”

To the immediate delight of the believers in our midst, we found some (admittedly shaky and far from verifiable) confirmation that Texas Tech is, in fact, the second-largest contiguous campus in the country.

After reaching out to several contacts around campus, it became clear that truth or legend, this random factoid is indeed widely accepted.

To the non-believers, the consternation concerning these claims comes from queries on classifying contiguous campuses.

For the record, Merriam-Webster has four definitions of the word contiguous:

So how do you classify the contiguousness of a campus? Checking out the total acreage is easy breezy, but figuring out if all those acres are connected… well… turns out that's a little bit more challenging.

Let's start with some facts with which most of Red Raider nation will be at least somewhat familiar.

That's a lot of campus and, with a walkover bridge here or there and roads that run uninterrupted throughout, it can be deemed contiguous.

In total, Texas Tech covers around 1,900 acres, an impressive spread even by West Texas standards.

But is that big enough to be the second-largest contiguous campus in the U.S.?

As legend (fact?) has it, Texas Tech sits second only to the Air Force Academy in Colorado Springs, Colorado, which claims 18,500 acres of space. Planes need plenty of room to take off and land, after all.

But here's where it gets a bit tricky.

The U.S. Military Academy in West Point, New York has a total acreage of 16,080. It's hard to fathom that in all that space there are not more than 1,900 acres attached at any point, right? But, a look at the West Point campus map shows at least some possibility of non-contiguousness, with the campus split in a couple of places by what appear to be major roads and part of the campus extending out into the Hudson.

To our surprise, we went a step further and searched the largest college campus in the U.S. and found that neither of the two massive military academies ranked at the top. That honor goes to Berry College.

Now, we'll admit, we didn't know much about Berry College before looking it up, but the school in Mount Berry, Georgia claims an impressive amount of real estate. Despite having just over 2,000 students, Berry College encompasses 27,000 acres, and a quick look at a campus map shows that most of those acres seem connected. That's an average of just over 13 acres per student, and with numbers like that – and the large claims on their school site that Berry is, in fact, the largest college campus in the world – it's hard to imagine there not being 2000 acres “touching along a boundary or at any point.”

Maybe there's some technicality that keeps the campus from being contiguous. Maybe this all has something to do with “of angles.”

We still wanted a definitive answer, so we reached out to the Texas Tech University System Facilities, Planning & Construction department and offered our question to them. We figured they'd spent as much time looking at campus maps as anybody and might have some insight.

The consensus from their office is that this claim is something they've heard as well.

Maybe we need to dive deeper into this topic sometime far, far down the road and figure out where exactly this designation originated and how it's calculated. Or, perhaps, we'll just let the legend live.

So, anyway, join us next week for more of the Mailbag and send in your questions. We'll be happy to take on more topics we can't definitively answer, like is the Easter Bunny real or just a guy in a suit?