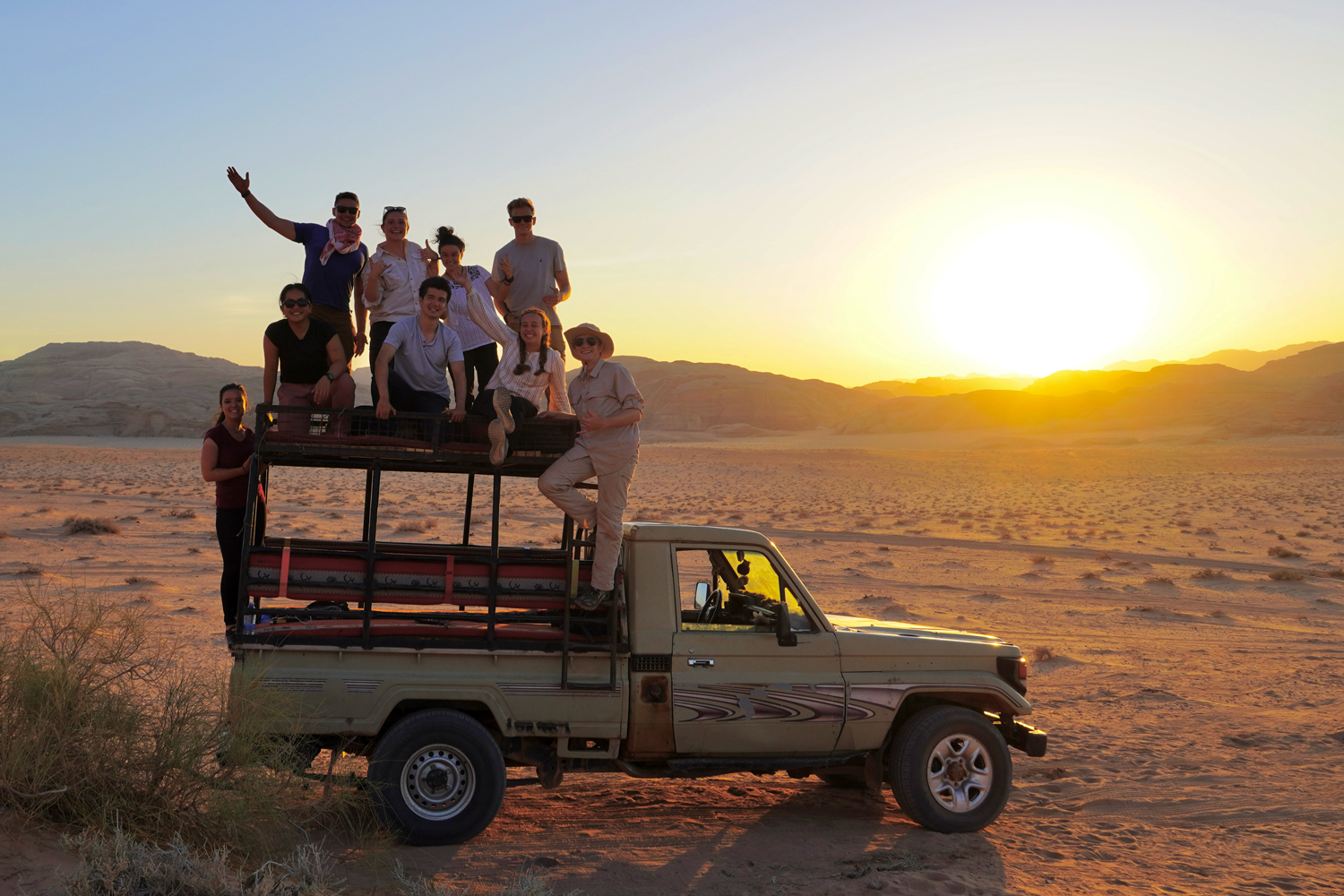 Texas Tech Air Force ROTC student gets a head start on his career through a study abroad experience.

When someone mentions traveling to the Middle East, what is your first reaction?

Be honest. More than likely the perception through the eyes of western media is one of constant strife. A war-torn landscape. But what if you could find out for yourself, absorb some of the warm, rich culture and shape not only your own experience, but that of others?

Would you do it?

We sat down with Thomas to get his thoughts on his trip to Jordan.

Thomas Javins has a loaded schedule in front of him. Since his arrival back from Jordan, Javins has been preparing for his next venture, a career in the Air Force.

When the chemical engineering major decided he wanted to travel where his growth would be beneficial in the military and beyond, a trip to Jordan to study Arabic seemed appropriate.

“I know the whole idea of Project GO is to shape officers to be more culturally aware,” Javins said. “The main focus wasn't trying to master Arabic; it was trying to figure out how to adapt to different cultures and diverse people.”

Having friends who speak Arabic and a stepfather from Pakistan who spoke some Arabic as well aided Javins as he prepared for the trip. But the most important element in his approach was eliminating preconceived notions.

“The one thing that surprised me about the Arab culture, the Middle East, and the Jordanian culture is their love of the American culture,” said Javins. “If you are a foreigner coming in, they want to welcome you and share their culture with you.”

The landscape of Jordan is generally referred to as a desert plateau with bordering bodies of water such as the Dead Sea, the Sea of Galilee and the Gulf of Aqaba which feeds the Red Sea.

“We went to Petra which is where most people think of when they think of Jordan,” Javins said. “We went to the Dead Sea, you float, and you don't want to get the water in your eyes. We also went to this place called Jerash, which is an old Roman city.”

But an area close to the Gulf of Aqaba at Wadi Rum resonated the most for Javins.

“That place is beautiful,” Javins fondly recalled. “It was pretty much a desert, but you have these really pretty mountains, and we took a tour in the back of a truck around sand dunes. Our guide cooked for us under the stars, and it was completely dark. It is definitely something I won't forget.”

Eating in a foreign country can be an adventure. However, blending into the culture is paramount and Javins was pleasantly surprised not only by the cuisine, but how reasonably it was priced. There were, of course, a few caveats.

“Going out was pretty cheap,” quipped Javins. “You get full meals for $4 or $5, whereas here it's $20. Meat was more expensive and there wasn't as much of a variety. A lot of the meals we tried didn't have meat in them. Lots of beans, rice, bread, - stuff, like that. Falafel, hummus, kanafeh and mansaf… those are the main dishes in Jordan.”

Javins said it was important to do an assessment of what he experienced once he was back home. In doing so, he said if studying abroad is a goal for any student, they should be diligent in pursuing opportunities.

“Learning about a different culture is, more eye-opening than you think,” Javins said. “You're able to view your own culture more honestly than I feel you would if you had been in your own culture your entire life.”

Javins believes the experience will help not only in everyday encounters, but professional ones as well.

“If you're going to work with people from different cultures, it helps you understand where they're coming from. It helps you become more aware of your own cultures, your own habits and it helps you fit in to someone else's cultures and habits.”