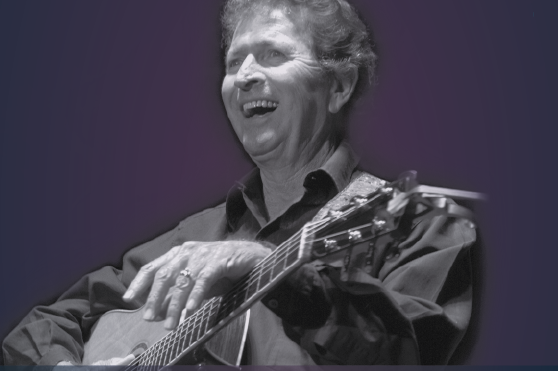 The evening will pay tribute to the life and legacy of Mac Davis.

Texas Tech University's Presidential Lecture & Performance Series (PLPS) will host the annually anticipated event, Lubbock Lights on Thursday (April 7) at 8 p.m. in the Allen Theatre. This year's concert is titled “Celebrating the Life & Music of Mac Davis,” a tribute to the local legend who passed away in 2020.

Started in 2015 and brought under the umbrella of the PLPS in 2020, Lubbock Lights is a Texas Tech-sponsored event that celebrates West Texas' musical heritage.

Founded by Lloyd Maines, Andy Wilkinson and former Texas Tech President Duane Nellis, the event shows appreciation for Lubbock artists who have made significant impacts to the world of music and highlights the importance of music that originated in Lubbock and its surrounding areas.

This year the event will bring a true Lubbock legend back to center stage.

“We knew Lubbock Lights would be the perfect way to honor the Lubbock-born and raised country singer-songwriter, Mac Davis, who passed away much too soon,” said Dóri Bosnyák, lead administrator of PLPS. “Audience members can expect to hear Davis' most well-known tunes from a variety of local artists including Junior Vasquez, Jenni Dale Lord, Hannah Jackson, Craig Elliott and many more. The evening will be hosted by Kenny Maines and produced by Don Caldwell. I am confident we'll honor Mac Davis the way this Lubbock light deserves.”

“The Lubbock Lights concert is a significant event celebrating the life and career of one of Lubbock's most influential entertainers,” said Curtis Peoples, Lubbock Lights artistic producer and archivist for the Crossroads of Music Archive, part of the Southwest Collection/Special Collections Library at Texas Tech. “With a career spanning seven decades, Davis penned songs that crossed over into country and pop and produced hit records for many prominent artists.”

Davis had a successful solo career of his own with "Baby, Don't Get Hooked on Me,” “Stop and Smell the Roses,” “It's Hard to Be Humble" and local fan-favorite “Texas in My Rear View Mirror.” He was a Grammy-nominated artist and was named the Academy of Country Music Entertainer of the Year in 1974.

As an actor, he hosted “The Mac Davis Show” on NBC, appeared on “The Muppet Show” and was cast in numerous films.

General admission is $23 per person. Texas Tech students can attend free of charge by presenting their student ID. To purchase tickets for the event, visit this link.