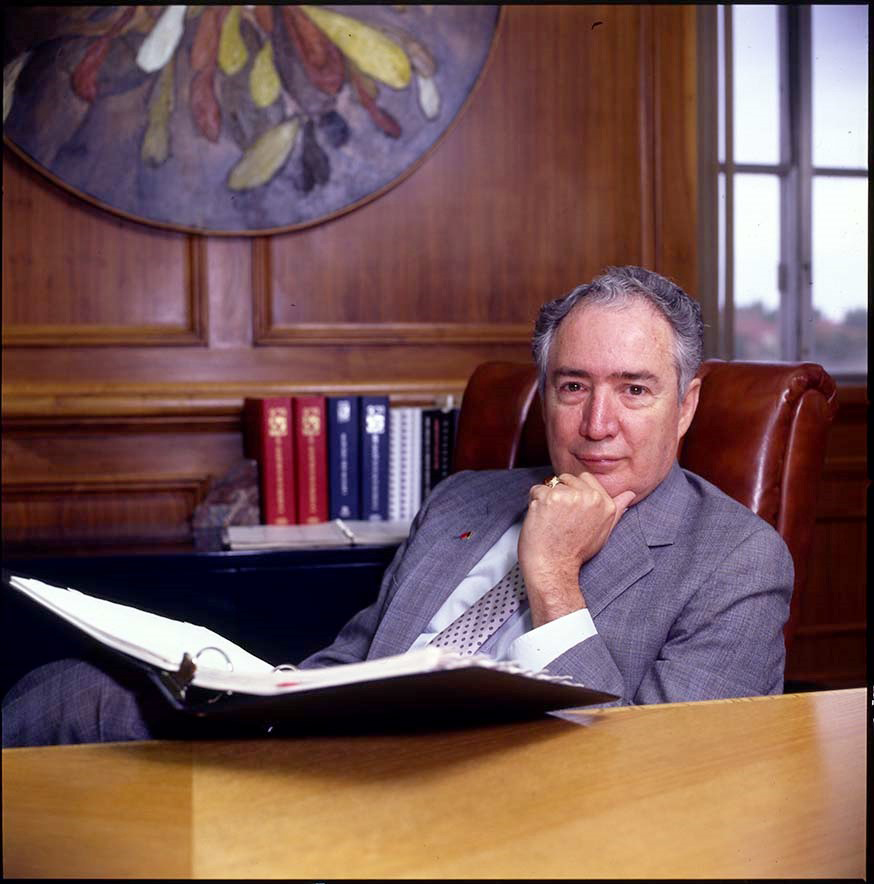 The Texas Tech University community is grieving the loss of former president Lauro F. Cavazos Jr., who died on Tuesday (March 15). Cavazos was the 10th president of Texas Tech, a role he held for eight years beginning in 1980. He was the first alumnus and first Hispanic person to be president of the university.

“I am saddened to learn of the passing of my dear friend, Lauro Cavazos,” said Texas Tech President Lawrence Schovanec. “Although Dr. Cavazos became a force in higher education, he came from a humble background, and he never forgot that or the impact his work had on students in similar circumstances. He came to Texas Tech in the early years after World War II and personally witnessed its growth. As Texas Tech's president, decades later, he worked to preserve the university's history while directing its continued development and progress. And as U.S. Secretary of Education, he strove to help young people like himself reach their full potential. His impact on this university cannot be overstated, nor can his embodiment of the values we hold dear to this day: the value of education, the importance of determination and the significance of giving back.”

Lauro F. Cavazos Jr. grew up on the King Ranch. When his family moved to Kingsville in the 1930s, they became the first Hispanic students in a segregated school. Upon his high school graduation, he entered the military during the final months of World War II. Discharged in September 1946, he began undergraduate studies in journalism at the Texas College of Arts and Industries, which is now Texas A&M University-Kingsville. However, upon discovering a passion for biology, he changed his major. When his favorite professor, James Cecil Cross, was hired at Texas Technological College in Lubbock, Cavazos followed him 600 miles away.

Cavazos earned both his bachelor's and master's degrees in biology from Texas Tech and his doctorate from Iowa State University. After he married his college sweetheart, Peggy Ann Murdock, in Lubbock, the pair began their family. They ultimately had 10 children while he progressed through his career.

On April 1, 1980, Cavazos – previously dean of the Tufts University School of Medicine – became the 10th president of Texas Tech. He became the first Texas Tech alumnus and the first Hispanic person to hold the position, and to this day he remains the only one.

He also spearheaded efforts to improve external relations, enlisting Texas Tech's friends and supporters to increase its visibility in Austin. He increased the number of alumni chapters from seven to 75 and launched the university's first major capital campaign, which exceeded its $75 million goal. He improved academic quality, built endowments and emphasized research, the significant first steps in Texas Tech's recognition as a Carnegie Tier One national research institution more than 30 years later.

In 1988, he was named the U.S. Secretary of Education. He served under Presidents Ronald Reagan and George H.W. Bush, becoming the first Hispanic person ever to hold a Cabinet post. During his two-year tenure, he initiated special programs to fight substance abuse in schools. He also advocated for stronger parental involvement in education and community-led reforms that would raise standards and expectations among students, teachers, administrators and parents.

In the face of a 37% dropout rate among Hispanic students, he chaired the Task Force on Hispanic Education, which led to Bush's executive order establishing the President's Advisory Commission on Education Excellence for Hispanics. It was the nation's first organization dedicated to highlighting the needs of Hispanic students and working to overcome barriers, but it would not be the last – all presidents since have signed similar orders.