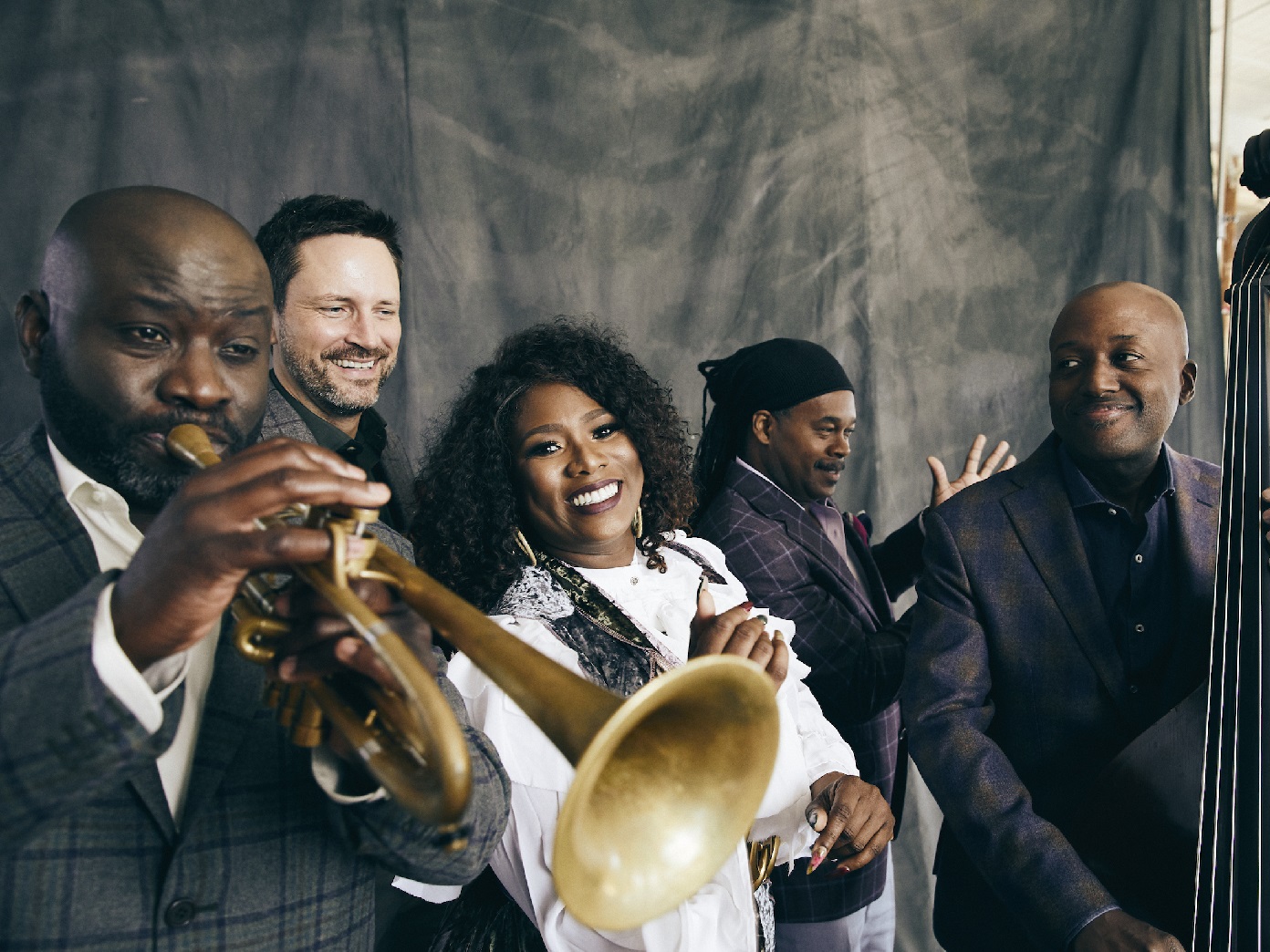 The musical group will be performing on campus on April 28.

UPDATE: Due to inclement weather and hazardous travel conditions, the Ranky Tanky concert, presented by the Presidential Lecture & Performance Series at the Allen Theatre on the Texas Tech University campus on Friday, February 25, has been postponed. The rescheduled date is April 28 at 7 p.m. Your tickets will be honored on the rescheduled date. If you are unable to attend the new date, a refund will be given now through April 24, 2022. Please contact the Select-A-Seat box office at 806-770-2000. We apologize for the sudden schedule change and look forward to seeing you in April!

Texas Tech University's Presidential Lecture & Performance Series (PLPS) will host the Grammy-winning musical group, Ranky Tanky, on Thursday, April 28 at 7 p.m. at the Allen Theatre in the Student Union Building (SUB). General admission tickets for the public are $20. Texas Tech students are admitted for free with a valid student ID.

“We are thrilled to kickstart our spring season and close Black History Month with Gullah-tradition based Ranky Tanky,” said Dóri Bosnyák, lead administrator of the PLPS. “Ranky Tanky recently earned its first Grammy Award and performed at the 2021 presidential inauguration. We invite you to attend this event, and don't hesitate to sing and dance along with them in the aisle!”

The Grammy-winning jazz, gospel, funk and rhythm and blues group released its eponymous debut on Oct. 20, 2017. By December of that year, the group had been profiled on National Public Radio's (NPR) “Fresh Air with Terry Gross” and its album soared to the No. 1 position on the Billboard, iTunes and Amazon Jazz charts. “Gullah” comes from West African language and means “a people blessed by God.” “Ranky Tanky” translates loosely as “work it” or “get funky!” In this spirit, the Charleston, South Carolina-based quintet performs the timeless music of Gullah culture born in the southeastern Sea Island region of the U.S.

The PLPS was created in 2006 by then-Texas Tech President Jon Whitmore. The series' mission is to enhance the intellectual and cultural landscape of Texas Tech, Lubbock and the South Plains.