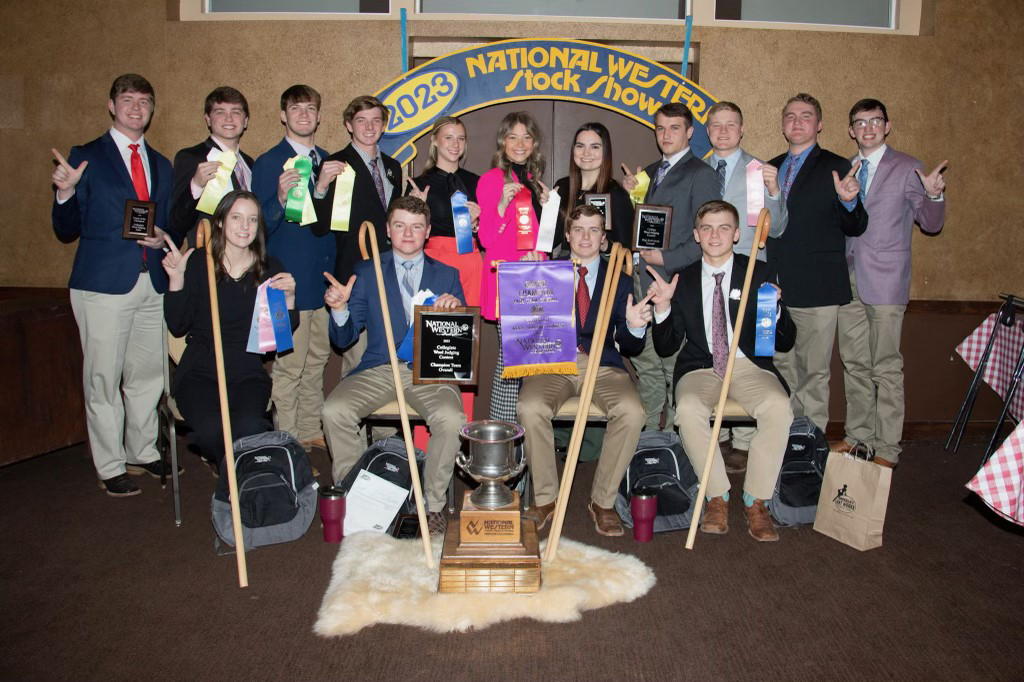 The Wool Judging Team won the top prize while the Livestock Judging and Meat Judging teams finished second and third, respectively, at recent competitions in Denver.

Texas Tech's Black team, one of two competing in the event, finished with a total score of 1,968 to beat Texas A&M University (1,930) and Angelo State University (1,913) and claim the overall top prize at the event. Four members of the team also placed in the top 10 individually at the competition, led by high individual Cross Knittel from Sterling City, Texas.

Additional members of the Wool Judging Team are:

The team is coached by Kade Miller, Cole Levien and Kyle Vahlenkamp and supervised by Sam Jackson, an associate professor, and Moriah Beyers.

Additional members of the Livestock Judging Team are:

The team is coached by doctoral student Skyler Scotten and Ryan Rathmann, the John W. and Doris Jones professor in the Department of Animal & Food Sciences.

Texas Tech's Meat Judging Team competed at the NWSS as well, with Shelton Luedke from Hondo, Texas, winning the high individual overall honors. He was followed closely by teammates Anna Wyle from Boerne, Texas, and Rachyl Kitten from Slaton, Texas. The team finished third overall thanks to a first-place finish in the Beef Judging category and a second-place finish in Overall-Beef, a combination of Beef Judging and Beef Grading.

Additional members of the Meat Judging Team are: