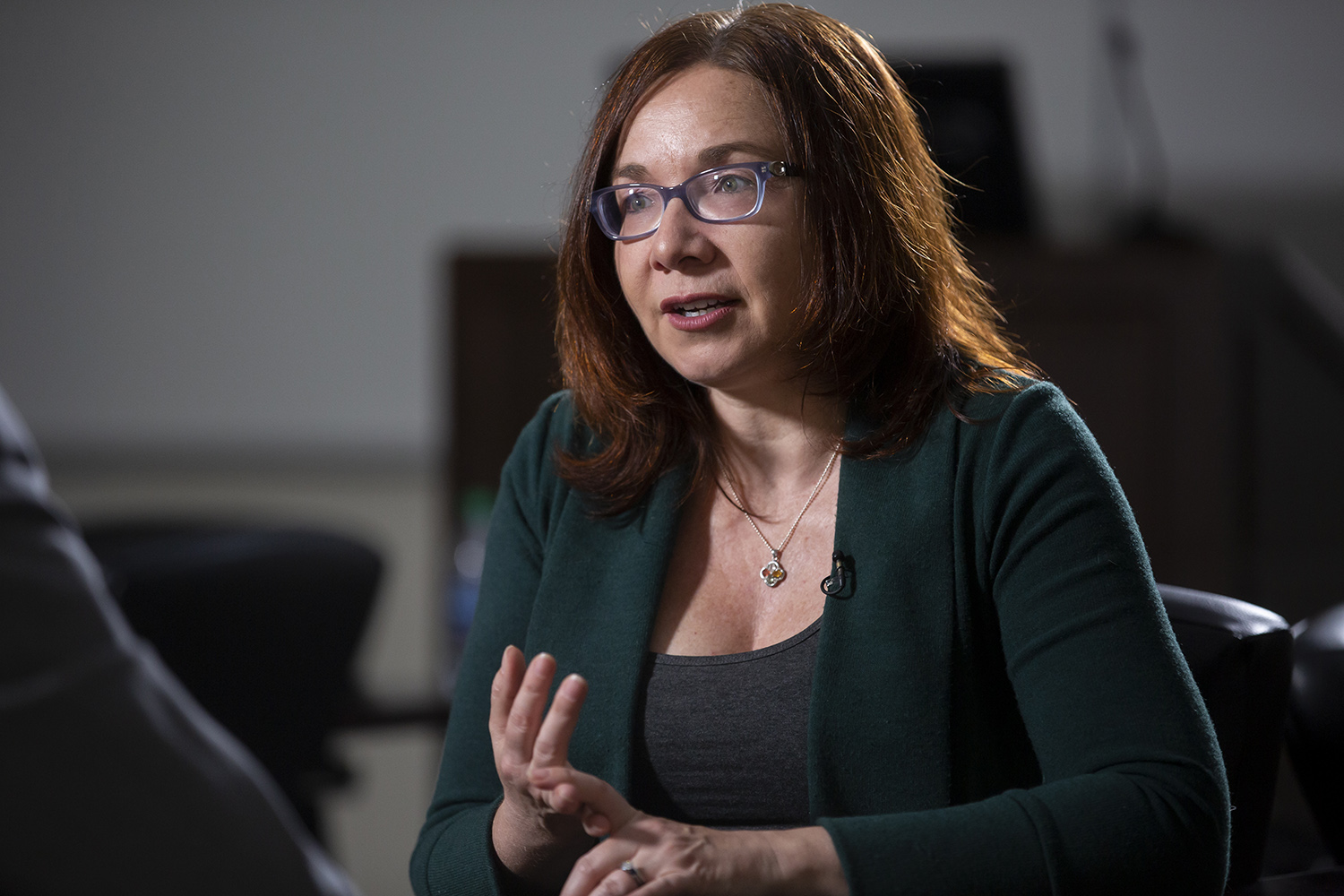 Katharine Hayhoe has been selected as the 2022 Ambassador Award recipient by the American Geophysical Union.

A Horn Distinguished Professor, Hayhoe has been announced as a recipient of the 2022 American Geophysical Union's (AGU) Ambassador Award.

The Ambassador Award is given annually in recognition of outstanding contributions to areas such as societal impact, service to the Earth and space community, scientific leadership and talent promotion.

AGU is a nonprofit organization that supports 130,000 people ranging from enthusiasts to experts worldwide in Earth and space sciences and annually recognizes a select number of individuals as part of its honors and recognition program.

“When it comes to climate change, we scientists are like the physicians of the planet,” Hayhoe said. “We know the planet is running a fever, we know it's human-caused and we know the impacts affect our water, our food, our infrastructure and our economy.

“It's so important to communicate this science to all who are affected by it – because we are all at risk. I'm honored to be recognized by the leading scientific society in my field for my efforts to do so.”

Hayhoe's research is focused on the development and implementation of high-resolution climate projections to evaluate the future impacts of climate change on both humans and the environment.

She is the author of the best-selling book, “Saving Us: A Climate Scientist's Case for Hope and Healing in a Divided World” and the host of the PBS digital series, “Global Weirding.”

Hayhoe has more than 125 peer-reviewed abstracts and publications and has served as a lead author on key reports for the U.S. Global Change Research Program and the National Academy of Sciences, as well as serving as the chief scientist for The Nature Conservancy.

Hayhoe will be formally recognized by the AGU at their meeting Dec. 12-16 in Chicago.