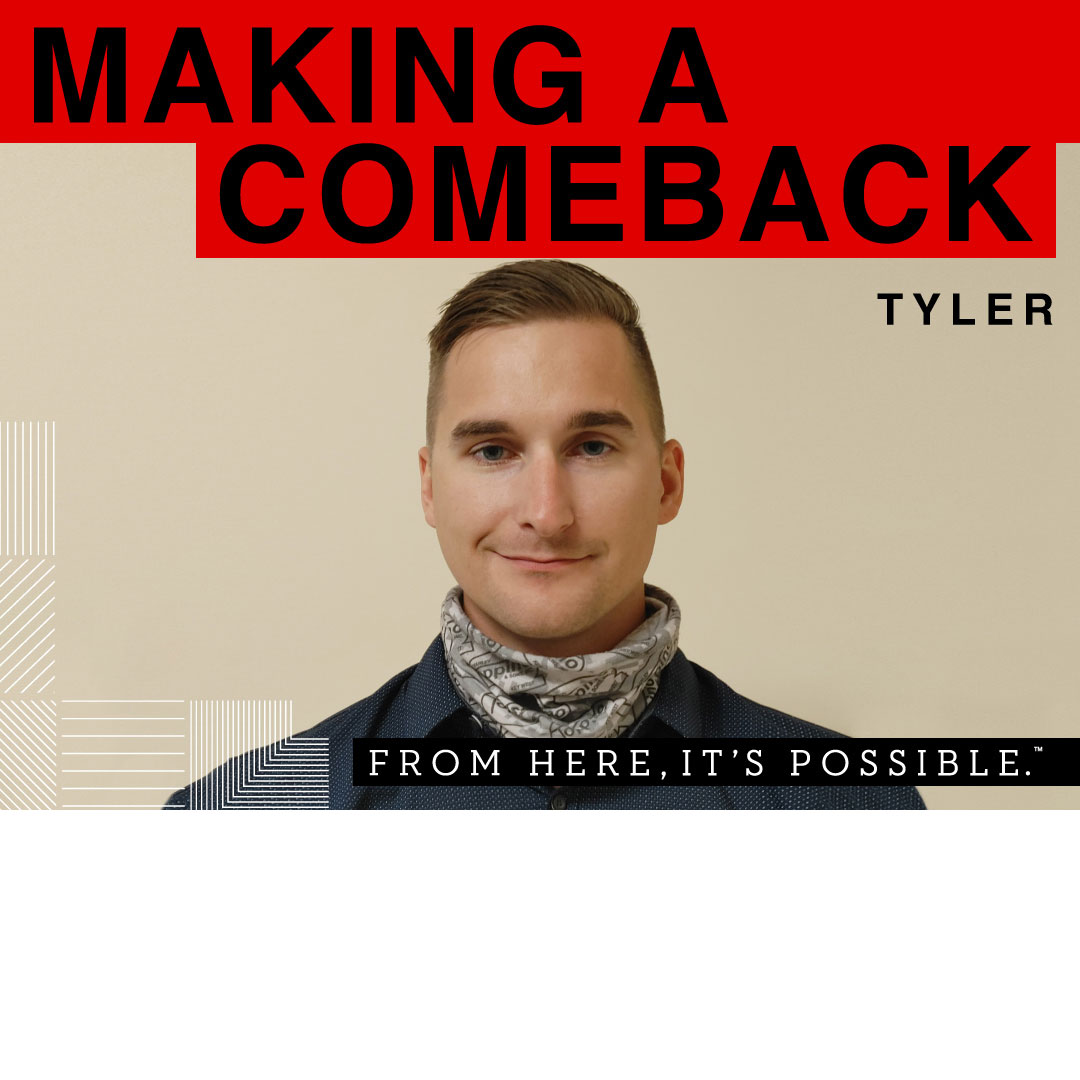 For Coast Guard veteran Tyler Condon, making a comeback means focusing on the task at hand.

“Back-to-school” is a time of year that evokes nostalgia for many. For others, it can mark the beginning of an exciting, yet uncertain journey. It can be a reminder of past setbacks and anxieties. However, the Red Raider spirit has never been defined by fear, but rather, by pushing through it. That's what four Texas Tech University students are doing this fall as they stage their comeback. This is part three in the series.

It's not always possible for 18-year-olds to know what they want to be when they grow up.

As a 2014 high school graduate from Rathdrum, Idaho – a small town in Idaho's panhandle, just east of Spokane, Washington – Tyler Condon found himself floundering a bit.

The jobs he worked didn't seem like careers, and he move from gig to gig as he looked for something that inspired him. No direction readily presented itself at the time.

He felt much the same way about going to college. He took classes at a local community college mostly because he felt like it was what he was supposed to do. Those didn't offer him any more satisfaction than the string of jobs had.

“I kind of felt like I was wasting my time,” Condon said. “I kind of bounced around, not sure what I wanted to do.”

Rather than running up debt and changing degree plans until he found what he liked, Condon decided to take another path.

Inspiration came in the form of the military. In Condon's words he “stumbled across” the Coast Guard as an option and decided to join.

It proved to be the right move.

Condon served for six years – completing his four-year commitment along with a couple of extensions to fulfill service requirements – as an electronics technician.

First stationed in Seattle, he would go on to serve at bases in California and Rhode Island before his fourth and final posting in Key West, Florida. It was a world apart from the small town of Rathdrum.

He was also taking on the challenge of a new discipline.

What Condon's time prior to the Coast Guard had taught him was that he liked working with his hands. What he had never done was work with electronics. So, naturally, he decided to give it a try.

“I wanted to challenge myself,” he said. “It was something I was never good at. So, why not do something I'm not good at and become good at it?”

He worked on radars, radio satellites, infrared devices, drones and other equipment used for surveillance and reconnaissance, some of it so state-of-the-art he's not even allowed to talk about it.

And he got good at it.

By the time he was stationed in Key West, Condon was put in charge of a shop on a 154-foot patrol boat, with responsibility for more than $3 million worth of equipment.

But the Coast Guard wasn't his end goal.

“I've always had an interest in oilfield work – engineering, mining, stuff like that,” Condon explained. “As I got older, I decided that was the path I was taking overall.”

With that in mind, Condon chose to start taking college classes through the military to set himself up for his next step in life.

“I decided that pursuing a degree in petroleum engineering was what I wanted to do,” he said. “I started taking college classes to work on my prerequisites and get me where I needed to be so that when I got out of the military, I could move directly into the program I wanted.”

Despite the heavy workload from the Coast Guard, Condon managed to pick up credit hours and build his academic resume to the point where getting into the program he wanted wasn't a problem.

The only question left was which program it would be.

He started doing research, looking at the top petroleum engineering programs around the country.

Having Texas as his preferred location narrowed the decision. Now there were just two universities on his list.

“I spoke with Texas A&M and they weren't really as welcoming as Texas Tech,” Condon said. “I made the choice to pull the trigger and go to Texas Tech.

Condon started classes in the Bob L. Herd Department of Petroleum Engineering this fall and plans to be at Texas Tech for the next four or five years.

Not sure yet if he will pursue a master's degree in the future, he has done everything he can to set himself up for success in Lubbock.

“I was worried that holding a full-time job as well as going to school full-time would just not be realistic,” he said. “So, I put myself in a position where, at least for the first two years, I don't have to work at all. I can just solely focus on school.”

Condon closed on a house in August and, along with his brother and a couple of dogs, once again packed his things and moved across the country.

No longer the young man who lacked direction, Condon's time in the military showed him a new path.

He's making his comeback to school, and rather than wasting time trying to figure it all out, he knows exactly what he's coming to Texas Tech for.

“I'll be focused on what I need to do,” he said. “And I think it just gives me more drive and more focus on the task at hand.”

The days of drifting long over, Condon's next step on his journey is here.