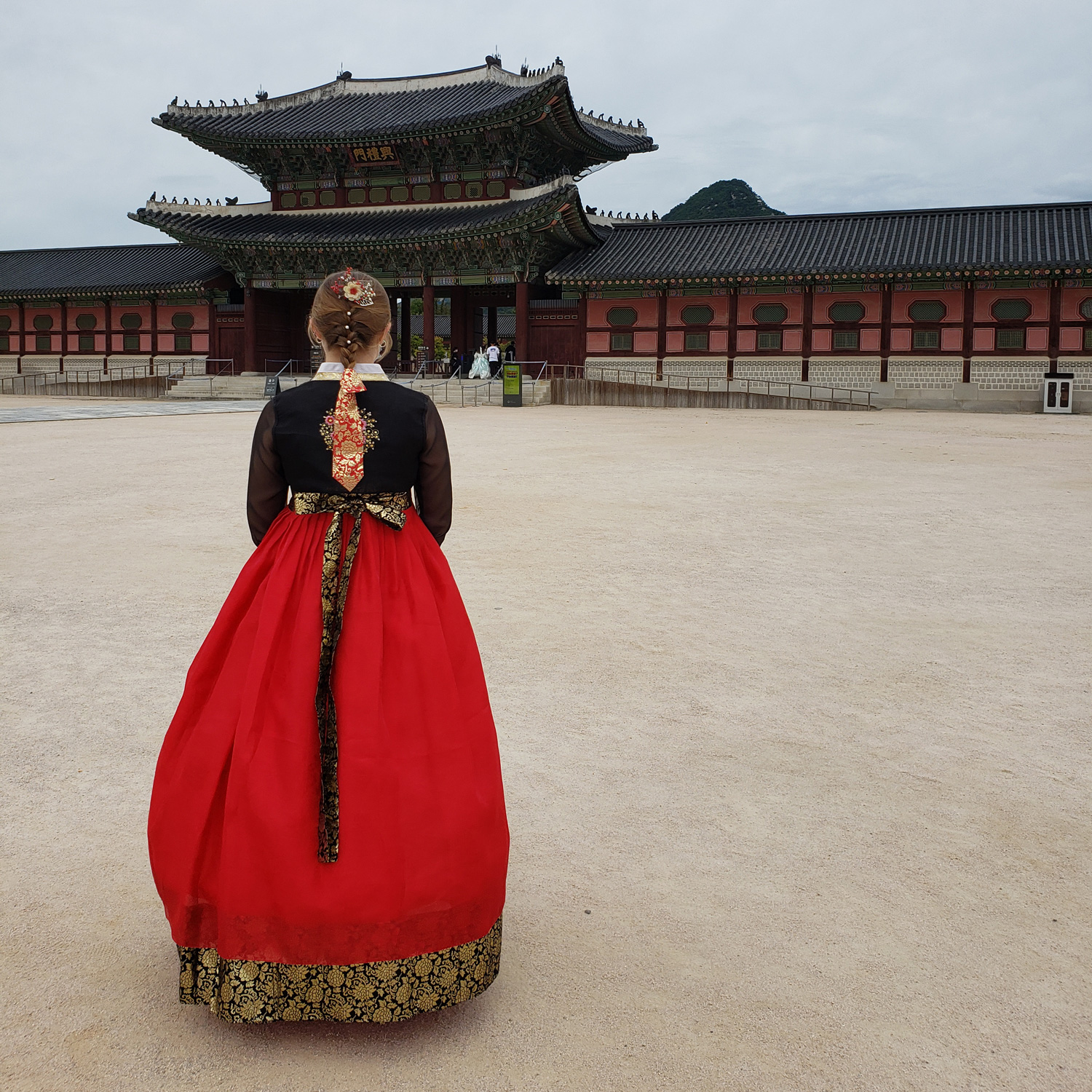 A Texas Tech study abroad student shares how she grew through her experiences.

In “Around the World in Eighty Days,” Jules Verne's character Jean Passepartout said, “It's really useful to travel, if you want to see new things.”

The languages and cultures major took advantage of various programs through the Office of International Affairs (OIA) Study Abroad program to travel the globe to not just one country, but three.

We sat down with Sydnee to explore the challenges of her world-wind tour.

Not According to Plan

As Sydnee Cooper draws up her plans for becoming an international conference interpreter for the United Nations, she knows there will be obstacles.

Her first one coming in her youth, was growing up in an environment which featured farming overtones not of interest to Cooper.

“I was never interested in FFA or 4H or showing cattle,” said Cooper. “That just wasn't for me, and I knew it from a very young age.”

Exposure to multicultural environments in middle school and high school prompted Cooper to study foreign languages like French and Spanish. As she arrived at Texas Tech, Cooper's actions became intentional, her goal definitive. A shared world experience was at the heart of her pursuits.

“I attended a study abroad fair my first semester at Texas Tech, which was fall of 2019,” Cooper said. “I realized then higher education really sets no boundaries when it comes to fulfilling your educational aspirations.”

Unfortunately for the student studying Mandarin Chinese, traveling to her destination of choice proved impossible as COVID-19 derailed a guided program in Chengdu, China causing Cooper to redirect her destination to Seoul, South Korea in the fall of 2021. The trip would become an eye opener in how different countries have handled a global pandemic.

“It was kind of scary because in Korea they don't exactly tell you why they have some of their COVID-19 precautions,” Cooper said. “We had a two-week quarantine and had to take five tests over the course of that time in the dorms.”

Communal cooking posed challenges if multiple students came down with COVID-19 as students were expected to purchase food with limited or no funds, no job and restrictions on how many people could go out and when they could leave the dorms.

“Even in the beginning, Korea had regulations where only two people could go outside at a time past 6 p.m. and before 6 p.m. you could only have one person,” Cooper recalled. “It was very strict.”

Cooper's turn-around time was short from her trip to Seoul to deciding to make the venture back across the Atlantic Ocean in the spring semester of 2022.

“I thought ‘why stop now?' I've tried so hard so why stop at one semester,” Cooper thought. “I applied to go to France, and it was a spontaneous decision to finish out my minor in French.”

Once she arrived in Paris, it became clear this would in fact become another pivotal step in the maturation process: quintessential moments of empowerment and self-growth.

“I didn't know anyone else in the program, of course I had friends, but we're all adults,” Cooper said. “We are all busy and we all have our own lives, so you have to learn how to be OK exploring and learning on your own.”

“You become accustomed to the culture, you adapt to the local rules and regulations and you're just somebody else.”

Three weeks after arriving back in the U.S., Cooper turned around once more and headed further east to Taiwan. Since a trip to China was not a possibility due to increased COVID-19 restrictions, Cooper instead settled on Tainan City on the country's southwest coast.

The tension in the region between Taiwan and China has intensified over the last year. What Cooper discovered is perception in a country from the outside a country can differ greatly once there.

“It was a surreal moment. I'm hearing what my parents are saying but I'm living real time in the moment. It was a day-to-day thing, if people weren't panicked, I shouldn't panic.”

However, Cooper acknowledges her time of departure from Taiwan seemed to be appropriate. Especially after comments from her professor as military planes continually flew overhead.

“I finally stopped my professor and said ‘I don't mean to interrupt you but these planes… are they American, Chinese or Taiwanese planes?'” Cooper recalled. “She said ‘they're Taiwanese, but don't worry they do this all the time.'”

Were there bumps in the road and some communication issues between herself and degree specific programs back home? Absolutely. Some of those bumps are ones Cooper is still working through.

“I think sometimes it gets lost in translation and students will sign up for a program where they don't 100% know what it's about,” said Cooper. “I still have credits that I need that I didn't think I would before I studied abroad. But those are just things that happen sometimes when you go abroad.”

Overall, though, Cooper was able to participate in once in a lifetime experience and witness a transformation in herself she wouldn't have gotten without traveling outside the U.S.

“I learned that I'm capable of doing a lot more than what I thought I could be on my own,” said Cooper. “It was a lot of personal growth. I'm an independent person but being abroad, independence takes on a new meaning when you're over there.”