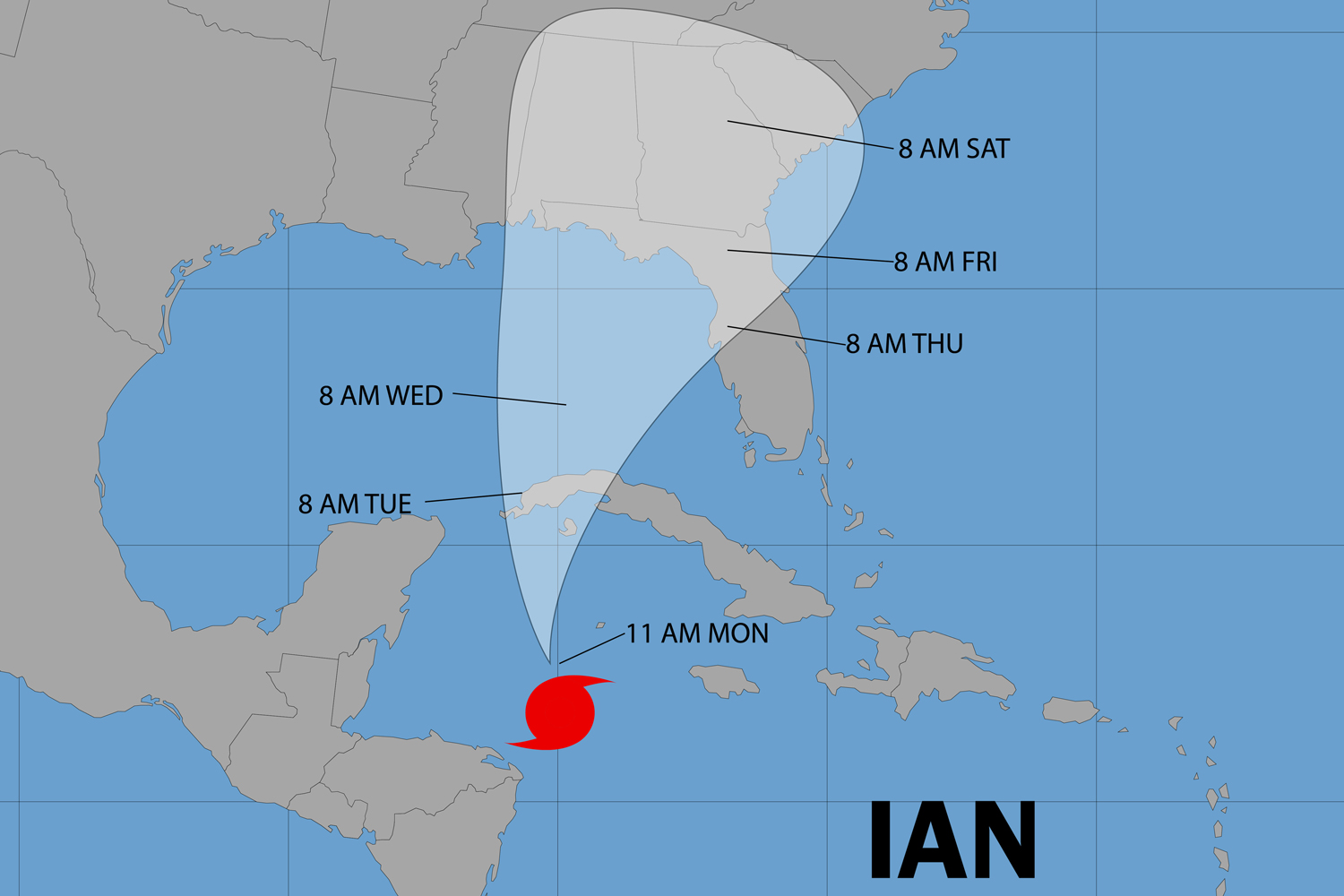 Experts can discuss the science, potential structural damage and economic impacts associated with the first storm to hit the U.S. this season.

The ninth major tropical storm of the 2022 season is expected to be the first to make significant landfall in the U.S. as a hurricane later this week as Ian churns through the Gulf of Mexico and bares down on the western coast of Florida and the Florida panhandle.

Ian reached Category 1 strength late Sunday and into Monday as it passed to the south and west of Grand Cayman and turned north headed toward Cuba, where it strengthened into a Category 3 storm on Tuesday. According to the National Hurricane Center, the intensity forecast continues to call for Ian to become an extremely dangerous hurricane, with landfall expected for southwestern Florida late Wednesday or early Thursday.

Experts from Texas Tech University are available to discuss Hurricane Ian and can speak on the atmospheric science of hurricanes and the potential structural impact on buildings.

Texas Tech is home to the National Wind Institute (NWI), which leads the nation in wind research. Faculty representing the university's Department of Civil, Environmental and Construction Engineering in the Edward E. Whitacre Jr. College of Engineering and the atmospheric science group in the Department of Geosciences collaborated on solutions to minimize the effects of severe wind events, such as hurricanes, on lives and structures.

Atmospheric measurements and wind flow characterization – John Schroeder, senior director of the NWI and a professor in the Department of Geosciences, (806) 834-5678 or john.schroeder@ttu.edu

About the National Wind Institute

The National Wind Institute combined the former Wind Science and Engineering (WiSE) research center, which created the first doctorate in wind science and engineering, with the Texas Wind Energy Institute (TWEI), creator of the only bachelor's degree in wind energy. NWI strengthens the university's interdisciplinary approach to all things wind.

Through NWI, scientists and engineers have collected one of the country's largest repositories of wind data and helped develop the Enhanced Fujita (EF) Scale, implemented in 2007 by the National Weather Service. Today, the NWI maintains a suite of state-of-the-art research facilities, including one of the largest tornado simulators in the world, Doppler radars and 48 Sticknet platforms. It also boasts a technical and administrative staff that enables the successful execution of large and complex research projects related to tornadoes.