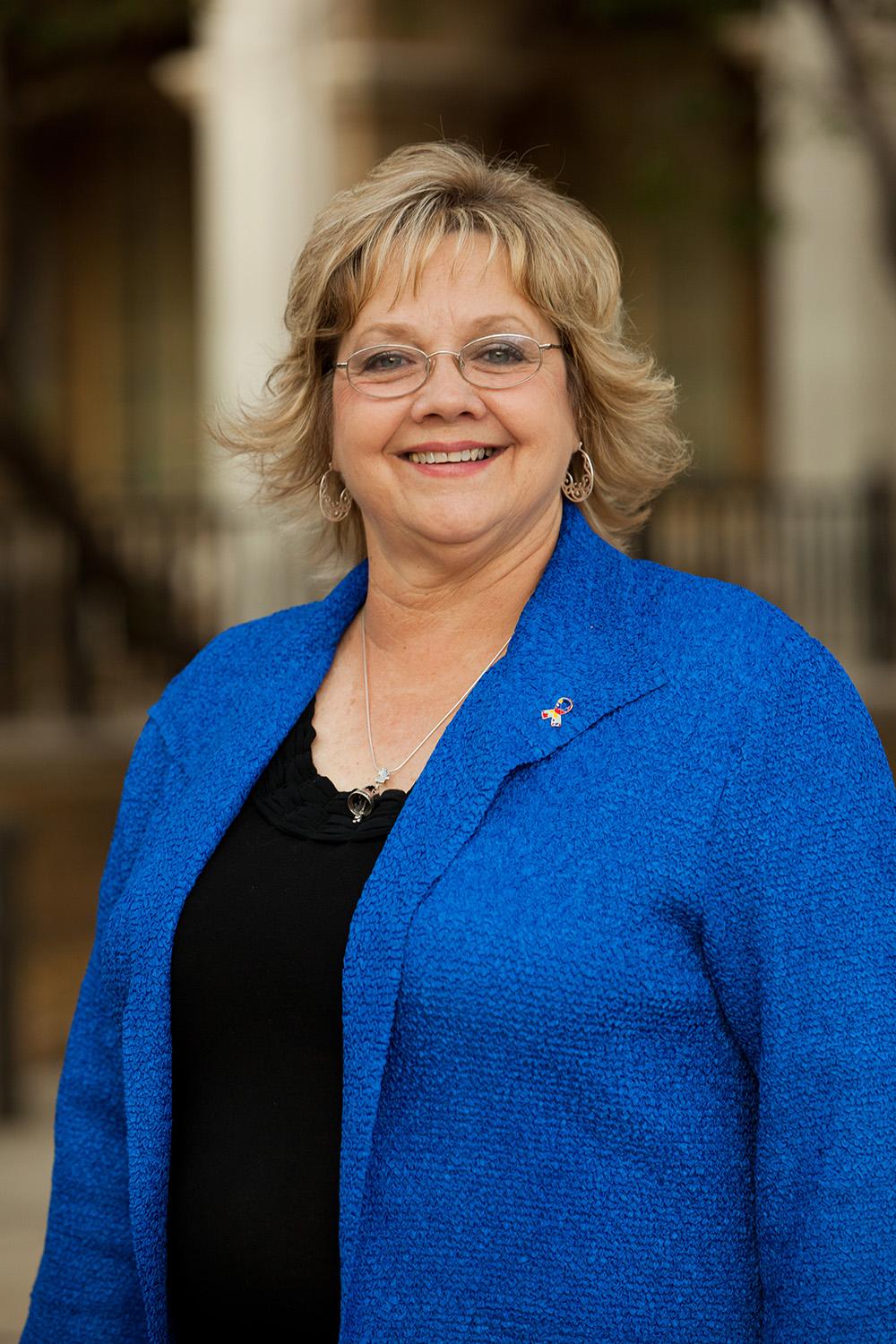 A scholarship in her honor will now support future students within the Burkhart Center for Autism Education and Research.

In her 15 years as director of the Transition Academy at the Burkhart Center for Autism Education and Research, Janice Magness has worked to empower young people with autism spectrum disorder (ASD).

Magness and her team have helped them learn essential life skills and find jobs, and she has watched their confidence grow. She has seen them get driver's licenses, go to college, get married and start families.

Now, as she enters retirement, Magness reflects on just how much progress has been made.

“Young people with autism are being exposed now to regular life,” said Magness, whose last day at Texas Tech was June 30. “They're being accepted.”

That wasn't always the case. Magness arrived at Texas Tech on Aug. 1, 2007, after a three-decade career as a classroom teacher in the Lubbock Independent School District. She found that, in addition to losing necessary special education services after high school, young adults on the spectrum had to battle harsh stigmas and misconceptions.

Magness recalled encountering a person who thought people with autism were drug abusers.

“That was often the perception because a person on the autism spectrum might act different,” Magness said. “I came back to my office that day, and I thought, ‘We have a lot to do here.'”

Magness set out to take academy students off the Texas Tech campus and have them spend more time out in the Lubbock community. After acquiring a fleet of white vans, the Transition Academy started dining out at restaurants and volunteering at places like the South Plains Food Bank. That volunteer work eventually grew into part-time internships at local businesses. The first internship site was Pets Plus, Magness said.

The pet shop is still a popular spot for Transition Academy students. But, it is now just one of some 50 sites, including YWCA Lubbock, University Medical Center, the Museum of Texas Tech University, MCM Eleganté Hotel and Suites, the Carillon retirement community, KAMC-TV and the Lubbock Public Library.

Magness attributed the increase in internship and job opportunities to a growing understanding of ASD by the Lubbock community and its employers.

Parents of children with autism also have started to realize their child has the potential to lead an independent, fulfilling life, she said. And young people with ASD have begun to realize they're more capable than they might have thought.

“I think our annual Burkhart Walk for Autism helps educate people,” Magness said. “It's gotten so big, and it's on TV and it's advertised. Everyone now understands that a person with autism is not less.”

Magness first realized she wanted to work with students with autism while attending elementary school in Brownwood. Students with special needs were placed in a house next to her school.

“I would ask my mother, ‘Don't pick me up until late because I want to go over to the house and work with those kids and play with them,'” Magness recalled in a recent interview after winning the 2022 Women of Excellence award from YWCA Lubbock. “That was really my first inkling.”

She later went on to Texas Tech and majored in elementary education. But after starting her teaching career at Lubbock ISD, she realized she had a knack for working with children with special needs.

“It wasn't long until everyone was sending me their students who had special needs,” Magness said. “I really enjoyed them.”

Magness worked with thousands of students at Lubbock ISD before moving to the Transition Academy, where she has helped more than 75 young adults find success after high school.

“Janice Magness has been an institution within the Burkhart Center and has been the backbone of their work for a number of years,” said Jesse Perez Mendez, dean of the College of Education. “Janice is truly student-centered, and she is not only focused on their development in the classroom; she is also there for them when things happen in life.”

Magness, who had a few stints as an interim director or co-director of the entire Burkhart Center, also has helped guide the center to state and national prominence.

She helped cut the ribbon in 2013 when the Burkhart Center opened a new $11 million, 28,000-square-foot home on the Texas Tech campus. Magness said it was “like moving into a mansion” after the center had outgrown the spare rooms it was occupying in the College of Education.

Magness and the center's leadership looked to other organizations for guidance while expanding. For example, the new building's student-staffed Quiznos restaurant was inspired by a tour of the cafeteria at Brookwood Community, a nonprofit near Houston that provides residential care to people with ASD.

Years later, the Burkhart Center has grown into a model institution itself.

Faulkner University in Alabama met with Magness and used the Burkhart Center as a model for its autism center, announced in 2017. In 2019, the Burkhart Center was recognized as a thought leader in special education by the Council for Exceptional Children, one of the largest notable education organizations in the world. State agencies like the Texas Workforce Commission have noticed and partnered with the center for services and training.

The growing success of the Burkhart Center is important, Magness said, because more people than ever are set to graduate high school with ASD.

In 2000, the Centers for Disease Control and Prevention estimated that one in 150 children had ASD. Today, that statistic is one in 44 children.

“We are looking at a tsunami,” she said.

“We need to be prepared, and people need to recognize that these folks could help society. Please don't stick them in a room somewhere with a TV in front of their face. They are valuable members of society if they are allowed to be, and if they are educated to be.”

During her retirement reception, Magness was surprised when her son, Robert, and his wife, Taylor, announced they had made a generous gift to Texas Tech, establishing the Janice Magness Transition Academy Scholarship.

The gift was matched by the Burkhart Center's namesake donors, Jim and Jere Lynn Burkhart, who were first inspired to support autism initiatives at Texas Tech after their grandson was diagnosed with ASD and their family was unable to find support.

“I'm going to miss it,” Magness said. “I loved this job, and the kids, and the people at Texas Tech. What I liked about the job was, every day was different. I never knew what was going to happen, which was kind of exciting and challenging. I also appreciated the opportunity to meet and work with the Burkhart family and, in particular, their grandson, Collin. The Burkhart Center is truly the house that Collin built.”

“I was really honored,” Magness said. “I look forward to us being able to help more families.”