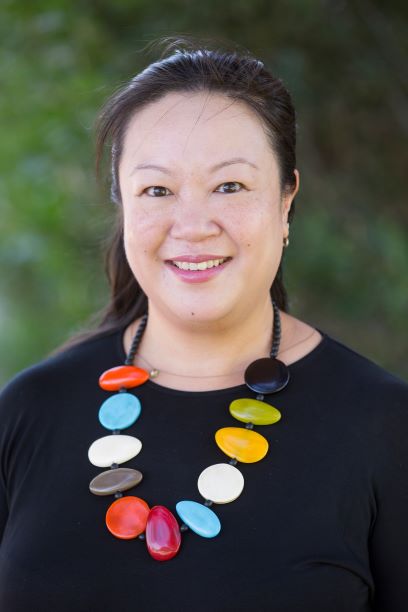 Aliza Wong will relocate to Italy and begin her three-year directorship in July.

Aliza Wong, a professor of history and interim dean of the Honors College at Texas Tech University, has been appointed the 25th director of the American Academy in Rome (AAR) following a national search process. Wong begins her appointment in Rome in July 2022 and will serve a three-year term. She will maintain her faculty position at Texas Tech throughout her directorship.

“The search committee was impressed with Aliza's scholarship, her immersion in multicultural work and her experience as an academic administrator,” said Mark Robbins, AAR President and CEO. “We are delighted to welcome her to the academy.”

Wong studied at Amherst College before earning her doctorate from the University of Colorado at Boulder in 2001. Her research focus is modern Italy and the Mediterranean region with a particular concentration in race, nation, culture and identity. A dedicated educator, she has taught for two decades at Texas Tech where, in addition to being a professor and interim dean, she is the director of European Studies. Wong has won numerous teaching and research awards and has received recognition for her work in diversity, equity, inclusion and belonging, including being named a 2018 Lubbock YWCA Woman of the Year for her social justice work and a Minnie Stevens Piper Foundation professor in 2019.

“To be offered the opportunity to work at the American Academy in Rome and envision what the next century might bring is awe-inspiring and humbling,” Wong said. “I look forward to working with the incredible AAR staff to cultivate and nurture the community's creative arena and to continue challenging ourselves to do better.”

A two-time Fulbright Award winner, Wong is a recipient of a National Endowment for the Humanities (NEH) Hispanic-Serving Institute Grant and an NEH Connections Planning Grant. Her current research examines Italian constructions of the American West in the 19th and 20th centuries. In the realm of public and engaged scholarship, Wong is director of the Texas Liberator Project, a multimedia education project that includes an app, educational resources, interactive maps, museum and digital exhibits and a book.

She served as producer of the 2021 documentary film, “Narratives of Modern Genocide,” directed by Texas Tech colleague Paul Hunton, and curator of the corresponding museum exhibit. Both were funded by the Texas Holocaust and Genocide Commission. Her books include “Race and the Nation in Liberal Italy, 1861-1911” and “The Texas Liberators: Veteran Narratives from World War II.”

About the American Academy in Rome

Established in 1894, the American Academy in Rome (AAR) is America's oldest overseas center for independent studies and advanced research in the arts and humanities. The academy has evolved to become a global and diverse base for artists and scholars to live and work in Rome. The residential community includes a wide range of scholarly and artistic disciplines, which is representative of the U.S. and is fully engaged with Italy and contemporary international exchange. To learn more about the American Academy in Rome, please visit aarome.org.