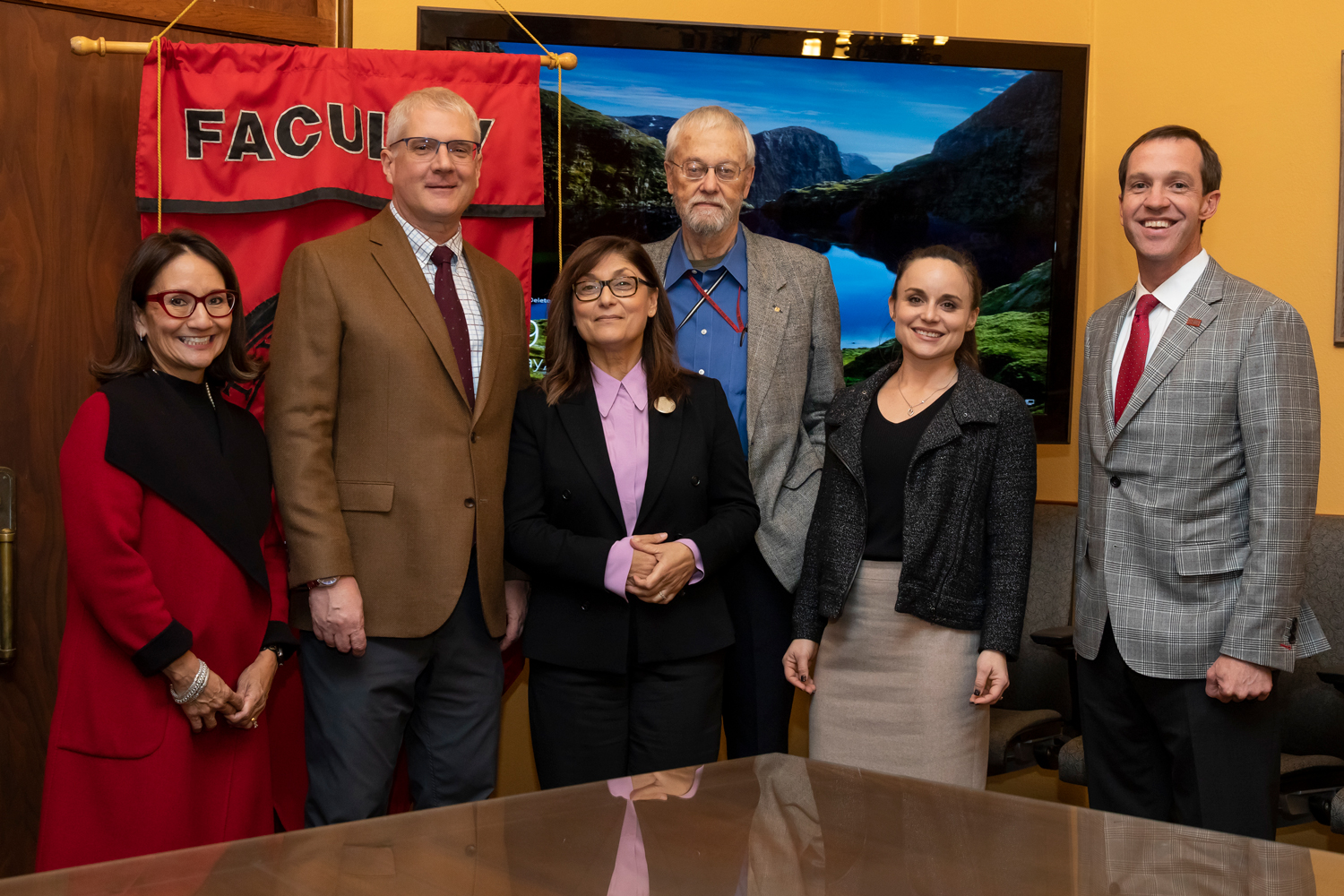 Ketner spent 48 years at the helm of Texas Tech University’s Institute for Studies in Pragmaticism. Now, he continues its work through his creation of a $1.2 million endowment.

Tucked away in the southeast corner of the third floor of the Texas Tech University Library lies the Institute for Studies in Pragmaticism. Its modest doorway opens to reveal a vibrant space holding thousands of books; study carrels for its visiting researchers, including its two fellows in residence and Fulbright Scholar; the interdisciplinary Christine Ladd-Franklin Cognition Lab; and the offices of the center's chair, Elize Bisanz, and her now-retired predecessor, Kenneth Ketner.

Ketner arrived at Texas Tech University in 1971 as an assistant professor. After receiving his doctorate in 1972 from the University of California at Santa Barbara, he began contributing to interdisciplinary studies with research articles and books in the humanities, social sciences and scientific method. Upon his arrival, he joined with then-professor Charles Hardwick to propose a modest grant to create the Institute for Studies in Pragmaticism at Texas Tech. Ketner was appointed its founding director – a role he served in from 1971 to 2019.

Pragmaticism, a scientific research method founded by U.S. National Academy of Sciences member Charles S. Peirce in the late 1800s, studies the history and application of scientific thought and methodology.

The focus of the institute is to provide a place for people from various disciplines to understand and gain knowledge from each other's research regarding issues that stretch beyond the boundaries of a single field of study.

Autonomous vehicles serve as a recent example, Ketner explained, because the technology crosses over into so many fields. Areas of science, technology, engineering and mathematics physically create and program the vehicles, but their implementation and occasional accidents delve into liability issues in the legal world and even the humanities. The best way to work through the challenges presented, Ketner said, is to bring scholars from these areas together to recognize and address them.

A large priority of the institute's research activity is to connect young scholars with the long history of its work on Peirce (pronounced “Purse”). Since its establishment, the institute has attracted local, national and international collaborators in fields ranging from art to physics. Peirce's studies provide a common language for different disciplines to communicate and research together to move critical ideas forward.

As a Horn Distinguished Professor, which is the highest honor Texas Tech bestows upon a faculty member, Ketner made significant impacts through educational efforts. He also provided financial generosity. Over the years, he personally established various endowments for fellowships, a scholarship and faculty support programs at Texas Tech and the School of Nursing at Texas Tech University Health Sciences Center.

In 2019, wanting to sustain the institute's mission, Ketner created the Berti Gabriella and Kenneth Laine Ketner Endowment to support his successor. His recent additional gift of $500,000 brought the endowment to more than $1.2 million and changed the institute's professorship to the first Charles Sanders Peirce Interdisciplinary Chair and Director.

“Texas Tech is a world-class resource that is constantly focused on improving,” said Ketner. “That is why I wanted to support the sustainability and future success of the Institute for Studies in Pragmaticism as a continuing 50-year-old component of the university. The focus on conducting research, teaching and serving communities is clear every day in the commitment the university places on supporting innovative academic endeavors.”

Ketner's most recent endowment supports the projects and salary of the Charles Sanders Peirce Interdisciplinary Chair and Director at the Institute for Studies in Pragmaticism. It will also provide support to enable young researchers from any discipline to focus on and enhance the interdisciplinary nature of their studies.

“It is amazing to think that the Institute for Studies in Pragmaticism began with Charles Hardwick and me purchasing a set of microfilms of Charles Peirce's papers,” said Ketner. “It has evolved, and I am thrilled it is now under the direction of Dr. Elize Bisanz, the first Peirce Interdisciplinary Chair. She will propel it forward. She wants the future of the institute to bring people of various disciplines together worldwide, ultimately to find ways to communicate and enhance great ideas together.”

Bisanz is fully dedicated to the founders' mission.

“I have been a member of the institute since my Fulbright visit from Germany in 2006,” she said. “Never in my life would I have thought about Texas Tech. But this place – there was something about it. I experienced how it grows, and the students are so smart. I can't stop talking about it. It's an important place for research, and doing research on Charles S. Peirce's work is profoundly inspiring. From here, it's possible!”

For more information on the Institute for Studies in Pragmaticism, visit https://www.depts.ttu.edu/pragmaticism/.