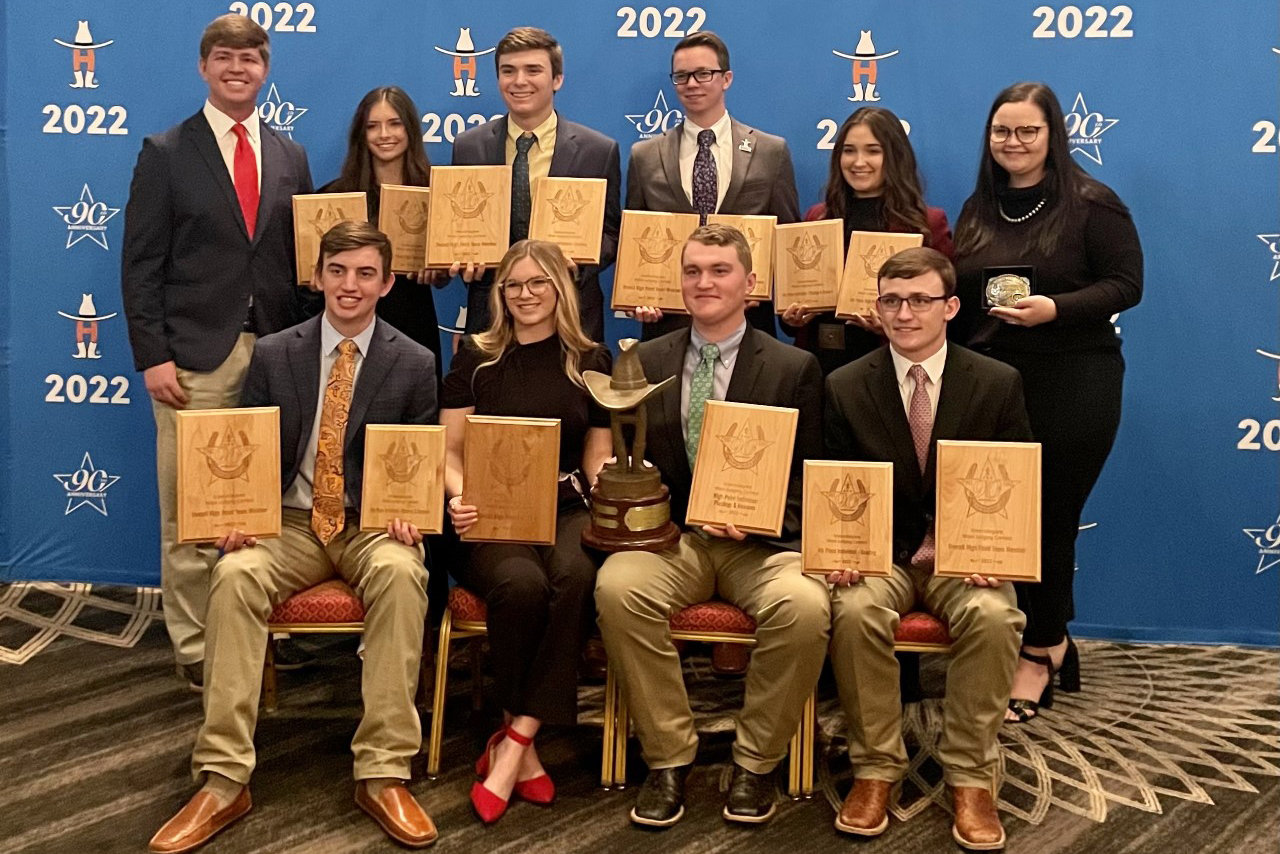 Davis College has another national championship trophy to add to its case.

Texas Tech University's Davis College of Agricultural Sciences & Natural Resources has another trophy to add to its case, with the Wool Judging Team claiming its second straight national championship this week in Houston.

Texas Tech sent two teams to the competition in Houston, the Red team and the Black team.

“This team rounded out a dominant spring performance with a decisive victory in Houston,” said Chance Brooks, interim department chair for Davis College's Department of Animal & Food Sciences. “Winning a national championship is a momentous accomplishment, and the fact that Texas Tech has now claimed back-to-back titles in this arena of competition speaks to the strength of the program and the students in Davis College.”

Leading the way for Texas Tech was Cole Levien from Junction. Levien finished first in the individual ranking with 707 points and earned the highest score in the placing/reasons category with 404 points.

Another Red Raider, Anna Wyle from Boerne, finished fifth in the individual rankings. Wyle earned 690 overall points while finishing ninth in both the grading and placing/reasons categories.

Texas Tech also had a standout showing from Nikki Keeton from Wolfforth, who earned a seventh-place individual finish competing for the Red team.