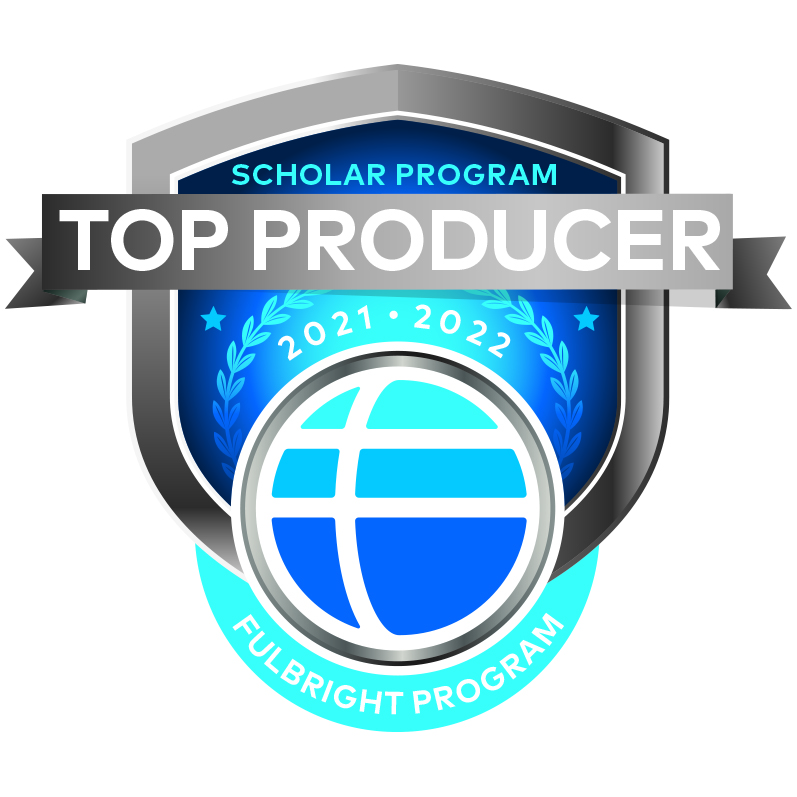 The U.S. Department of State’s Bureau of Educational and Cultural Affairs has named Texas Tech as one of the nation’s top Fulbright-producing institutions.

Texas Tech University has been included on the list of U.S. colleges and universities that produced the most 2021-2022 Fulbright U.S. Scholars.

Each year, the U.S. Department of State's Bureau of Educational and Cultural Affairs (ECA) announces the top producing institutions for the Fulbright Program, the federal government's flagship international educational exchange program. The Chronicle of Higher Education publishes the lists annually. Top producers are chosen based on the number of faculty and/or student awardees that an institution has each year. Texas Tech has been chosen based on its faculty numbers.

“This recognition really belongs to our faculty,” said Ron Hendrick, provost and senior vice president. “Their work and dedication to our students, and to their fields of study, is nothing short of inspiring. They push Texas Tech to reach new heights.”

Six scholars from Texas Tech won Fulbright awards for the 2021-2022 academic year, bringing the total to 164 faculty and 55 students who have received the award since 1957.

“We congratulate the colleges and universities we are honoring as 2021-2022 Fulbright top producing institutions,” said Ethan Rosenzweig, deputy assistant secretary of state for academic programs in the U.S. Department of State's Bureau of Educational and Cultural Affairs. “These institutions reflect the geographic and institutional diversity of higher education in the United States and include minority-serving institutions. We thank the leadership of these institutions for supporting their faculty and administrators who pursue Fulbright awards.”

As a result of being named a top producer, Texas Tech will continue to benefit from new, global perspectives and new international collaborations, which can positively impact local and global communities.

The Fulbright U.S. Scholar Program is supported at Texas Tech through the Office of International Affairs and Fulbright liaisons Elizabeth Trejos-Castillo and Jorge Salazar-Bravo.

“Our office is extremely pleased that Texas Tech has been recognized as a top producer of Fulbright Scholars,” Salazar-Bravo said. “In these times of geopolitical and economic uncertainties, it is important to remember that the Fulbright program was born in the spirit of bilateral reciprocity, in pursuit of jointly articulated objectives between and among the U.S. and citizens of other nations.”

The Fulbright Program was created to increase mutual understanding between the people of the U.S. and the people of other countries. The primary source of funding for the Fulbright Program is an annual appropriation made by the U.S. Congress to the U.S. Department of State's Bureau of Educational and Cultural Affairs. Fulbright is active in more than 160 countries worldwide and partners with participating governments, host institutions, corporations, and foundations in foreign countries and in the U.S.

For further information about the Fulbright Program or the U.S. Department of State, please visit its website.