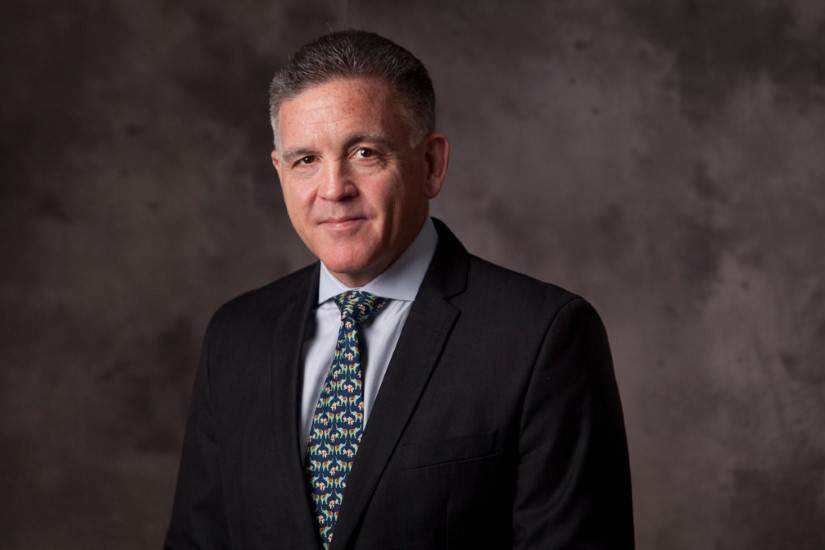 Texas Tech University's School of Law is proud to announce that Geoffrey S. Corn is joining its faculty as the George R. Killam Jr. Chair of Criminal Law.

Corn comes to the School of Law from South Texas College of Law Houston, where he was the Gary A. Kuiper Distinguished Professor of National Security.

“I am honored to be joining the faculty at Texas Tech University School of Law,” Corn said. “The Killam Chair represents a remarkable opportunity not only to continue to pursue my passion for teaching and mentorship of law students and rising attorneys, but, as a result of the unique resources it provides, to also develop programs that make a substantial contribution to the professional development of students, practicing attorneys and the broader understanding and evolution of criminal law.”

Criminal law is the central focus of Corn's academic interest and professional practice. He has extensive experience teaching criminal law and criminal procedure. Additionally, he is co-authoring a new criminal law textbook and several law review articles related to law and policing in the U.S., building on an already impressive publication record.

“Geoff is an outstanding addition to our faculty,” said Jack Wade Nowlin, dean of the School of Law. “His tremendous record of scholarly production and deep devotion to students and graduates fits perfectly with the School of Law's commitment to expanding knowledge and putting students at the center of everything we do.”

In 16 years of teaching, Corn has been awarded student recognition for faculty excellence 14 times and has been recognized for accessibility and mentorship 13 times.

Drawing upon his extensive military experience, Corn also will serve as the director of the Center for Military Law and Policy.

Prior to his academic career, Corn served in the U.S. Army for 21 years as an officer and a final year as a civilian legal advisor, retiring with the rank of Lieutenant Colonel. His career included service as the Army's senior law of war expert adviser, a tactical intelligence officer in Panama, supervisory defense counsel for the Western United States, Chief of International Law for U.S. Army Europe, Professor of International and National Security Law at the U.S. Army Judge Advocate General's School, and Chief Prosecutor for the 101st Airborne Division.

He has appeared as an expert witness at the military commission in Guantanamo Bay, the International Criminal Tribunal for the former Yugoslavia and in federal court. He is co-author of “National Security and The Constitution”, “National Security Law: Principles and Policy”, “Law in War: A Concise Overview”, “The Law of Armed Conflict: An Operational Approach” and “The War on Terror and The Laws of War: A Military Perspective.” His scholarship has been cited more than 700 times.]

Corn earned his bachelor's degree from Hartwick College in Oneonta, New York, his Juris Doctor with highest honors from George Washington University and his master of law (LLM) as the distinguished graduate from the U.S. Army Judge Advocate General's School. He is also a distinguished military graduate of U.S. Army Officer Candidate School and a U.S. Army Command and General Staff Course graduate. He is a Distinguished Fellow with the Gemunder Center for Defense and Strategy and the principal legal adviser for the Hybrid War Task Force established by the Jewish Institute for National Security in America and an adviser for the Lieber Institute for Law and Land Warfare at the U.S. Military Academy at West Point.

Corn and his wife of 37 years, Jessica Patiño Corn, are excited to join the Red Raider family and look forward to the many opportunities that await.