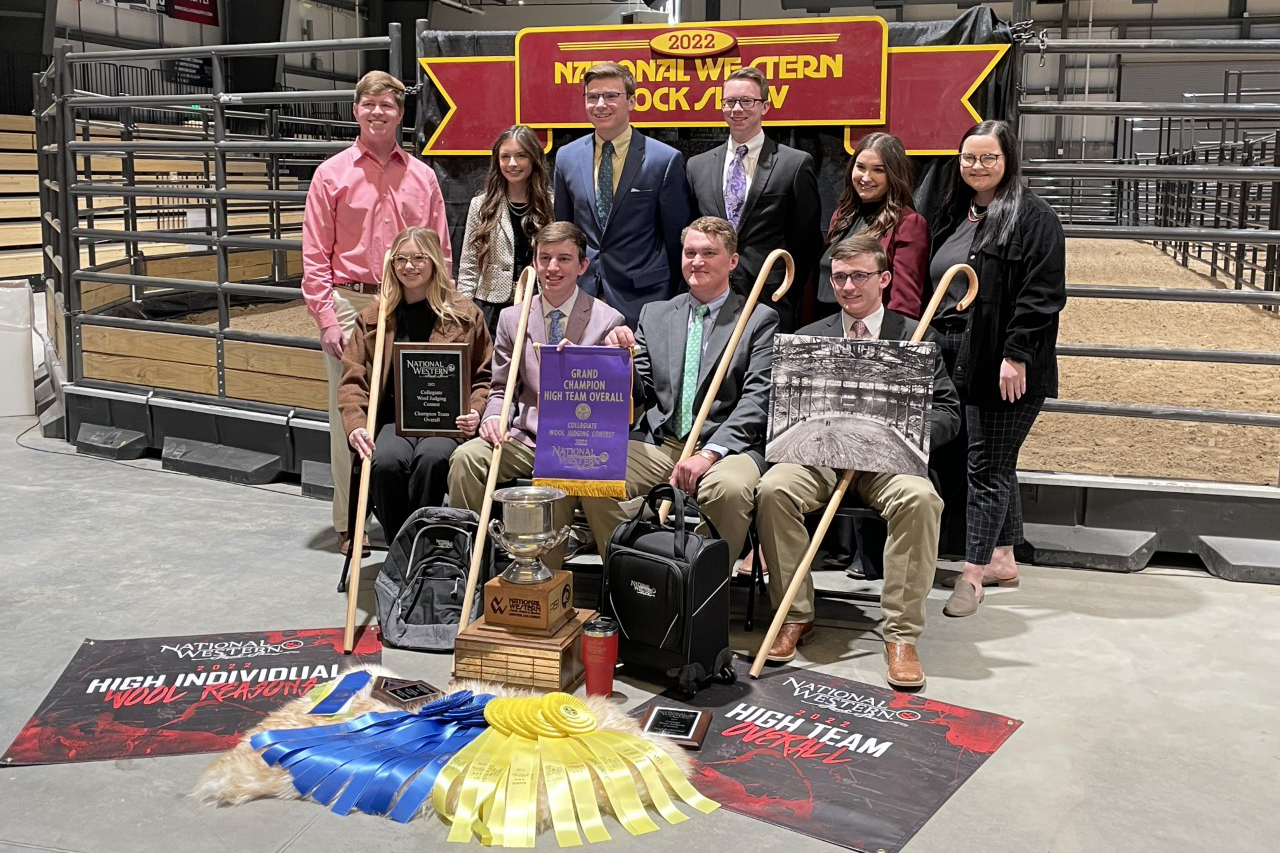 The team from Animal & Food Sciences earned a pair of wins to open its competition season.

Texas Tech followed up the competition in Wyoming by traveling to Denver for the National Western Stock Show on Jan. 13.

In Denver, Texas Tech Black once again proved to be the standout team, taking the high-point team title while finishing first in the reasons category, second in placing and third in rail. Texas Tech's Red had another strong showing as well, placing fifth overall.

“I am pleased with the effort and commitment of our students and coaches on the 2022 Texas Tech Wool Judging Team,” said Sam Jackson, a professor in the Department of Animal & Food Sciences and faculty supervisor for the Wool Judging Team. “The team win and strong individual performances at the National Western contest is a reflection of their talent level and desire to be successful in collegiate competition.”