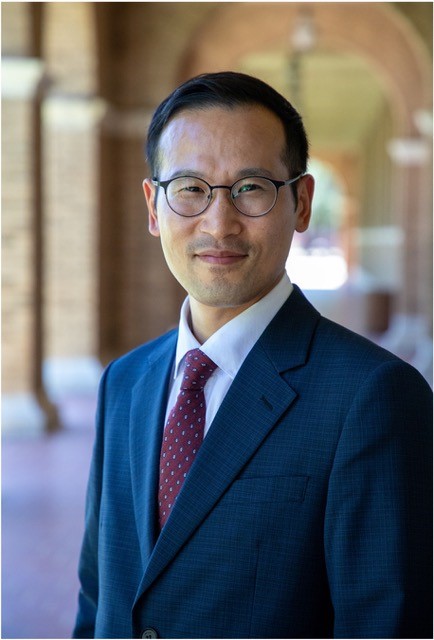 Assistant professor Changwon Son is one of six fellows named by the Gulf Research Program of the National Academies of Sciences, Engineering, and Medicine.

Texas Tech University's Changwon Son, an assistant professor of industrial, manufacturing and systems engineering (IMSE) in the Edward E. Whitacre Jr. College of Engineering, was one of six scientists selected for the Offshore Energy Safety track of the Early-Career Research Fellowship, the Gulf Research Program of the National Academies of Sciences, Engineering, and Medicine announced Thursday (Jan. 20).

The National Academies' Gulf Research Program is an independent, science-based program founded in 2013 as part of legal settlements with the companies involved in the 2010 Deepwater Horizon disaster.

“I am very excited that Dr. Son has received this fellowship,” said Bryan Norman, chair of IMSE. “The IMSE department at Texas Tech has a long history of research excellence in the area of ergonomics and human factors in safety research in particular.

“I believe Dr. Son will continue to carry that safety research tradition into the future. Dr. Son's work in safety and resilient system design in offshore operations is very timely and important.”

During the two-year program, which started Jan. 1, 2022, the fellows will contribute to the advancement of safer, more reliable and more efficient offshore energy operations in the Gulf of Mexico.

“Offshore operations are an essential part of oil and gas production,” Son said. “However, risks of the offshore systems and activities must be managed appropriately. The Deepwater Horizon disaster that occurred in 2010 has clearly demonstrated the detrimental consequences of offshore incidents. To prevent future, similar incidents and protect workers, communities, and environment from offshore disasters, my research is particularly focused on human workers' cognition and behavior.

“Oftentimes, human workers are blamed for their errors, mistakes and violations of procedures. However, there must be systemic causes that lead to such outcomes at the worker level. My goal is to generate new knowledge regarding the systemic causes of incidents and the design of tools and work processes that fit human capabilities and limitations to address those problems.”

“SOPs are a critical element of offshore risk management.” Son said. “SOPs have inherent limitations in that they do not accommodate variable work conditions. To address these limitations, my research aims to design a novel SOP system that is able to be context-aware and reconfigure SOPs based on such an awareness. In addition, I plan to investigate barriers to offshore teamwork and develop interventions to tackle such barriers. Also, I would like to conduct research on effects of virtual reality (VR) on oil and gas workers' mental health challenges such as stress, anxiety and depression.”

His research topics include human and team adaptive decision-making and performance in safety-critical contexts, such as oil and gas, disaster response and health care practices.

“Safety and human factors research requires multidisciplinary efforts including engineering, psychology, behavioral science and learning science,” he said. “Hence, I am going to communicate and collaborate with other faculty members and researchers in and out of Texas Tech University.

“Also, I hope the research I will conduct as an Early-Career Research Fellow will help Texas Tech University to remain in the forefront of safety research and education.”