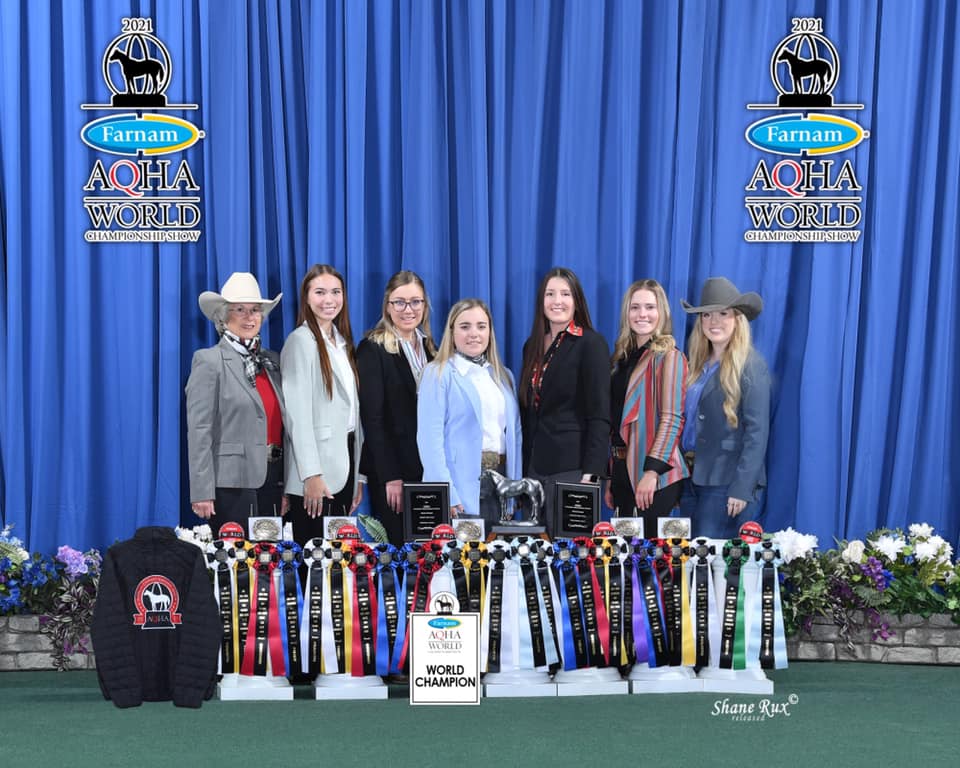 The Texas Tech Horse Judging Team teaches students to judge the conformation and performance of horses in Western and English disciplines while building public speaking, professional presentation and critical thinking skills. The team competes in various intercollegiate competitions within the U.S. each fall.

The Farnam show and Adequan AQHA Select World Championships, held Oct. 28 to Nov. 20 at the Oklahoma City Fairgrounds, represent the premier events for the equine industry for amateur, select amateur and open exhibitors.

Judges evaluate a variety of four-horse halter and performance classes that are either staged for the contest or entries being judged concurrently for the show and horse judging contest. Competitors then give six sets of oral reasons depicting their places, and their scores are calculated based on how close their placings are to officials placings. The competitor and team that lose the fewest points are declared the winners.

“Christy and I knew since early last year that this group of students were the ones who could potentially win the AQHA World Horse Judging Contest,” Riccitelli said. “I couldn't be prouder of the hard work that Christy and these five young women put forth, particularly this semester. I am truly grateful for the funding received from the Student Government Association to help with travel and for support from the members of our Equine Advisory Committee. It is really gratifying to finally bridge this milestone after seven years of coaching at Texas Tech.”

Five competitors comprised the Texas Tech team with all finishing individually in the top 15. Jaci Brown from Stratford led the Texas Tech team by finishing as the Reserve Champion Individual. J'Cee Petty from Adrian finished 10th overall, followed by Iris Baker from Dripping Springs in 12th, Bailey Henning from Weatherford in 13th and Lakayla Phillips from Lone Oak in 14th.

In the team standings, Texas Tech placed second in halter, third in performance and fourth in reasons. A total of 13 teams competed in the senior division.