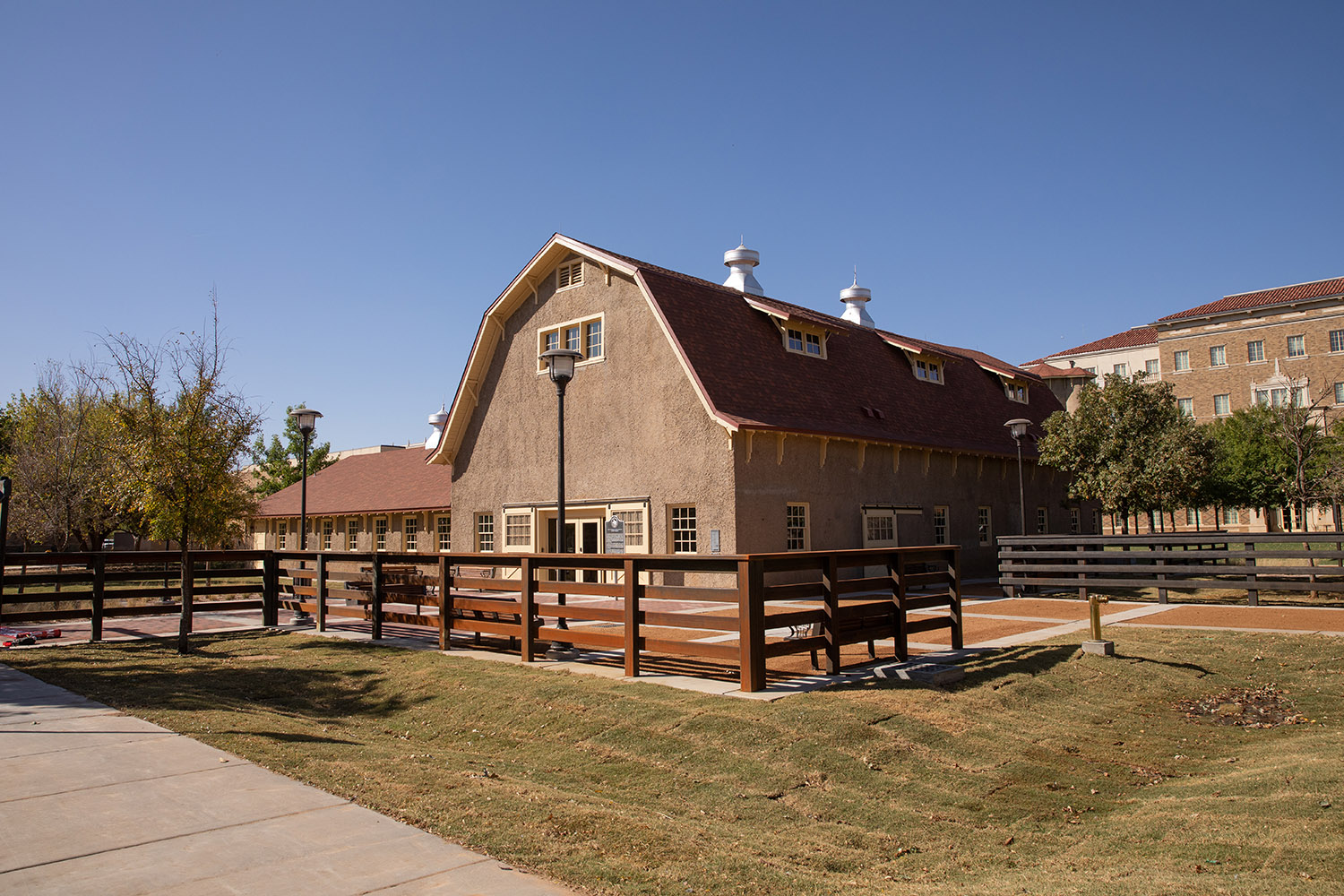 The award to the Condray Design Group honors collaborations that elevate the value of architecture into the built environment.

After more than 50 years of standing vacant, the historic Dairy Barn on the campus of Texas Tech University, part of the College of Agricultural Sciences & Natural Resources, received new life and once again became a functional part of the university thanks to a $3.5 million restoration project completed in 2020.

One of the oldest buildings on campus – built in 1926 – the Dairy Barn now serves as a vital and functioning academic facility, complete with office and meeting spaces that make it a key collaborative and conference space for students, faculty, staff and alumni.

That investment in making the Dairy Barn a functional space has been recognized by the Lubbock chapter of the American Institute of Architects (AIA), which awarded the Condray Design Group, the architects on the project, with its 2021 Design Award.

The AIA Lubbock Design Award honors the architect, clients, consultants and contractors who collaborate to elevate the value of architecture into the built environment. The award recognizes and promotes outstanding design excellence in the local and surrounding areas, with entries demonstrating the positivity between the user and the facility, the facility and the community and the effectiveness in accomplishing the goals of the client and users.

The AIA Design Awards are open to all AIA Lubbock chapter members registered with the Texas Board of Architectural Examiners at the time the project is executed.

Built just three years after the university was established, the Dairy Barn allowed for the payment of tuition through milk sales from cattle that were either brought by students or donated to the college. Students were encouraged to bring up to three cows of their own to campus and house them in the barn. The Student Dairy Association was formed that year, and by the early 1930s, Texas Tech's Dairy Manufacturing Department was self-supporting, furnishing milk and ice cream to the campus cafeteria and the Lubbock community.

Even though that method of tuition payment was discontinued in 1935, the Dairy Barn continued to serve the educational needs of students interested in agriculture until it was abandoned in 1966, sitting vacant for more than a half century.

In 1992, a student fundraising effort resulted in the Dairy Barn and its remaining silo being recognized on the National Register of Historic Places, the U.S. government's official list of districts, sites, buildings, structures and objects deemed worthy of preservation for their historical significance. In 2016, the Lubbock County Historical Commission and the Texas Tech Student Government Association unveiled a new Texas State Historical Marker.

The latest renovations represent the first work done on the Dairy Barn in any form since 2012, when it was given a fresh coat of paint and the roof was replaced. Two years later, the green space around the West Library Mall and the Dairy Barn were part of a campus beautification project that included new grass, landscaping, an irrigation system, lighting and walkways.

With the latest renovation, however, the Dairy Barn became a functional space where students, faculty and staff can come together in a collaborative effort to further the educational efforts of the university.

The first floor of the Dairy Barn now consists of spaces that will bring together students and faculty from all disciplines on the campus. Here, the hands-on approach that features discussions with researchers and scholars will help students advance in the learning process in a unique and collaborative way. The small group meeting spaces will provide multidisciplinary groups an environment that fosters problem-solving, creative thinking and scholarship.

The multipurpose loft space on the second floor provides room for lectures, receptions, conferences and other large meetings and productive educational functions. It is open to all departments on campus.

The renovations also brought about new doors, windows and nearby landscaping, as well as the creation of a display area tracing the building's history in an area where cows were once milked daily.