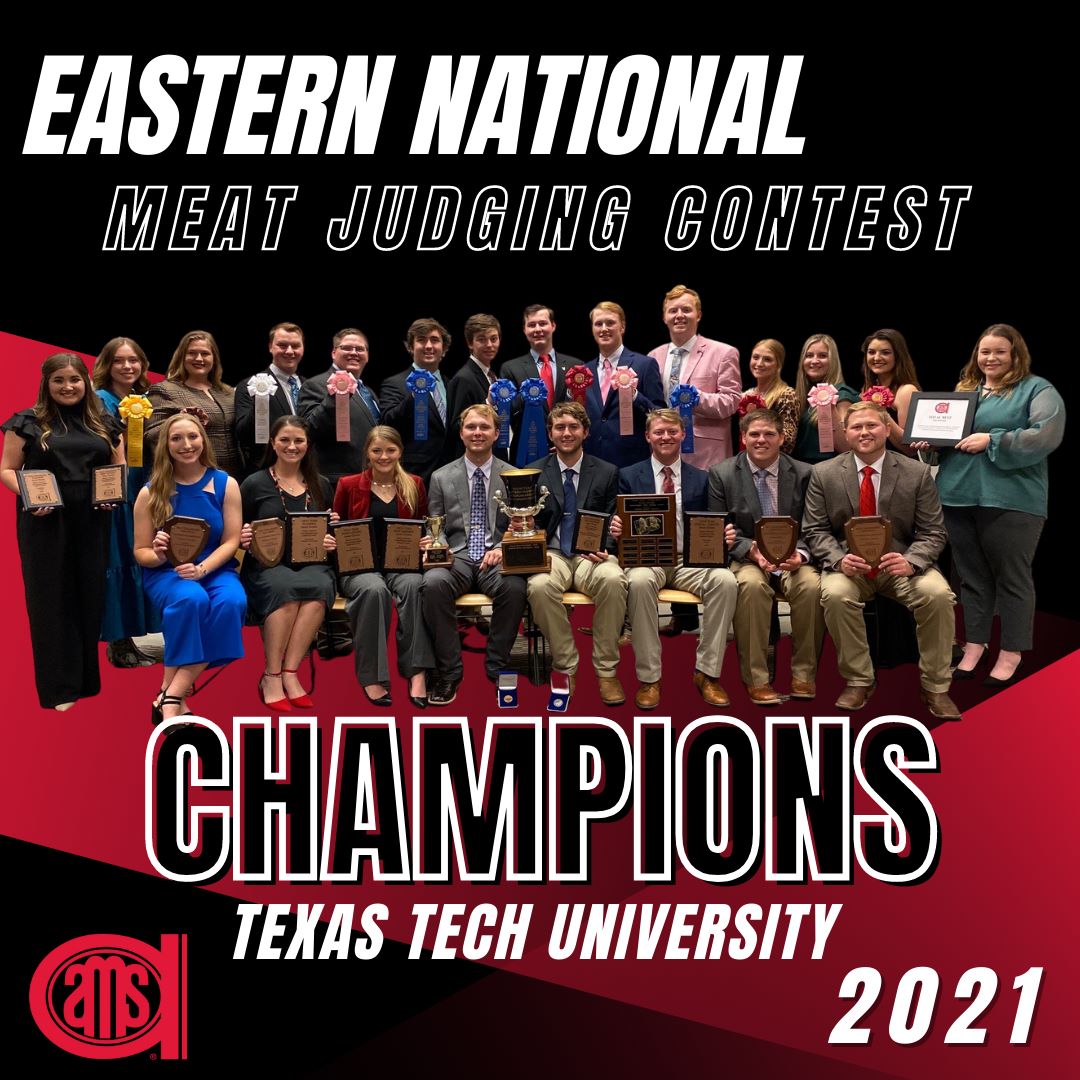 Texas Tech University's Meat Judging Team, housed in the Department of Animal & Food Sciences within the College of Agricultural Sciences & Natural Resources, opened the defense of its 2020 national championship and pursuit of the program's 16th national title overall with a solid victory Sunday (Oct. 2) at the 2021 American Meat Science Association (AMSA) Eastern National Meet held at The Ohio State University in Columbus, Ohio.

The Eastern National meet is the first of three meets for the Meat Judging Team in October and its first competition of the fall championship season. The team once again set the tone early in the season that it is favored to win the championship yet again.

“We were very blessed by this win, and the credit goes to the hard work and effort of each member of the team, the coaches, and God who gave us safe travels and a great performance,” said Mark Miller, coach of the Meat Judging Team and the San Antonio Stock Show and Rodeo Distinguished Chair in Meat Sciences. “I look forward to the remaining three contests as they will be a challenge to win. I love the positive attitude and close family atmosphere this team exhibits each day."

Texas Tech established its dominance was established by capturing first place in five of the eight judging categories and second in two others. Texas Tech took home first place in overall beef, beef grading, pork judging, total placing and reasons/questions while finishing second in beef judging and specifications and third in lamb judging.

Marion native Caleb Kunde led the individual charge for Texas Tech, finishing first with a total of 1,047 points, just one point ahead of teammate Preston Twilligear from Hondo in second.

Texas Tech also had two individuals who finished in the top 10 in the alternate category. Kylan Swinney from Deming, New Mexico finished fourth with 1,031 points and Grace Carver from Flower Mound was ninth with 1,013 points.

Along with Miller, coaches for this year's team are Taylor Schertz from Krum and Conner McKinzie from Stephenville.

"I am extremely proud and honored to be here at Texas Tech and to have the opportunity to coach with Taylor and Conner,” Miller said. “This is an amazing and wonderful family of students on this year's team.”