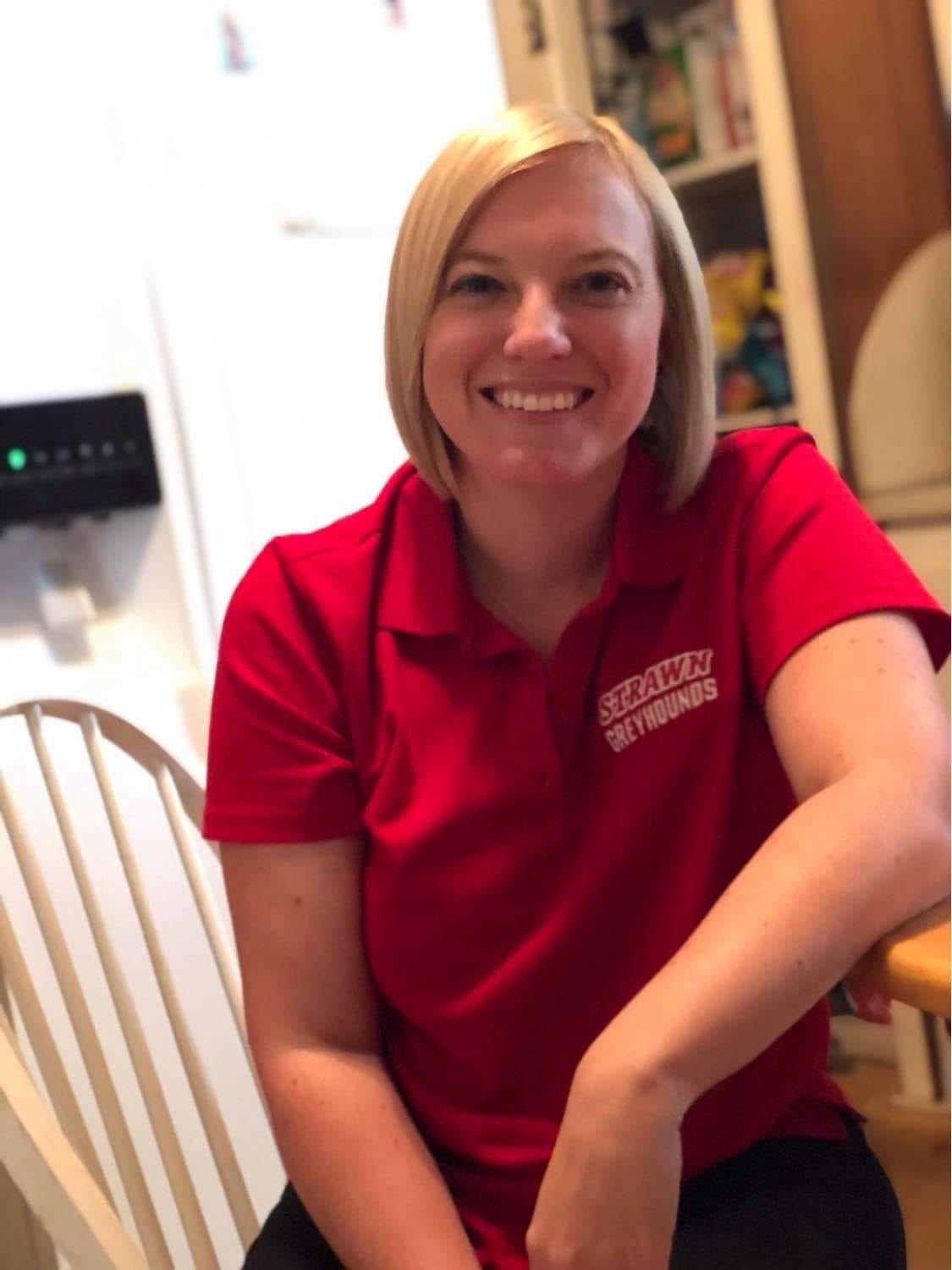 To mark Raider Red's 50th anniversary, a few former Raider Reds spoke on their experience as the notable mascot and what they're up to now. This is the third in a five-part series.

Strawn native Kathryn Hinkson Lynn graduated from Texas Tech in 2005 with a bachelor's degree in political science, and in 2007 earned a master's degree in public administration. Currently, Lynn is the business manager for the Strawn Independent School District.

As a former High Rider, Lynn's claim to fame, however, was being the first female to don the Raider Red costume during the fall 2005 and spring 2006 semesters.

These are Lynn's fondest memories from representing Texas Tech as Raider Red.

Fall of 2005 was the first year High Riders were eligible to be Raider Red, and we were a very small organization during that time with fewer than 20 members. We had only a handful of girls sign up to try out, and as an officer, I felt I should set an example. Honestly, I never expected to be picked, but it ended up being one of the best decisions I have ever made.

At the time, it was exhausting and very challenging, but so much fun. I was able to do so many things as Raider Red I would never have even dreamed about.

You were the first female to be Raider Red. Did you feel any extra pressure even though no one could see you when in costume?

At the time, I didn't allow myself to even think about that. I was more concerned that my height was an issue because I'm pretty short and I assumed people would notice that more than one person wore the suit and it would ruin the illusion. I just wanted to do justice to Texas Tech and Raider Red.

I have so many wonderful memories. From trying to do pushups on a board at football games to going to the Men's Basketball Big 12 tournament, but some of the best were from the more mundane parts of being Raider Red. Justin Burgin was the Masked Rider during the same time I was Raider Red, and we did student orientations together during the summer of 2005. I would, at times, change in the horse trailer when there was nowhere else to change. During one of the orientations, I recall him chasing me on the horse while I was in costume and running for my life. Midnight Rider, the horse, was a constant nuisance to me. He loved trying to chew on Raider Red's hat.

Raider Red was one of the highlights of my college career. He got me through one of the toughest years of my life, and I am so thankful for that. I find it hard to wrap my head around the oddity of being a mascot because he just became a part of me during that time. I don't know if I can find a way to properly express what being Raider Red for a year meant to me.

I have never talked about being Raider Red much. I guess a certain level of secrecy stayed with me, and I find it hard to talk about. I would say Raider Red gave me a level of confidence that I have tried to bring with me in my life. Always try something because you never know what will happen.

Bob Knight slapped me on the back as Raider Red during the Big 12 basketball tournament. It was pretty crazy to me.

Clean that suit every time you wear it! Also, have fun. This is an amazing experience you will never forget.

Being Raider Red wouldn't have been possible without my High Rider sisters. A female finally got to be Raider Red because they fought for it for several years even prior to my joining the organization. I would especially like to thank Amanda Popham McDaniel for encouraging me to join High Riders and talking me into trying out for Raider Red. Without Mandy, I wouldn't have had the college career I did and I am eternally grateful. I also want to thank Spirit Program Director Stephanie Rhode for making my experience as Raider Red absolutely amazing! She made me feel like one of the spirit squad and never let us feel like less.