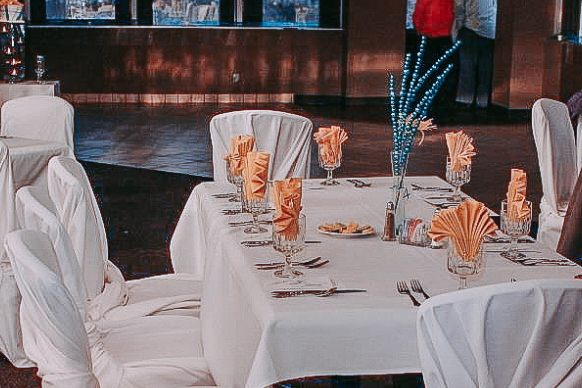 Hospitality students are teaming up to create their own restaurant concepts and menus.

Texas Tech University's hospitality students will open their restaurant, Skyviews, for their Fall Dinner Series and are releasing their new menus for the semester.

The Fall Dinner Series begins Today (Sept. 29) and runs through the end of the fall semester. Skyviews is operated by the Restaurant, Hotel and Institution Management (RHIM) program within the College of Human Sciences.

There are seven different menus with a variety of options for appetizers, main courses, drinks and desserts. Some of the themes of the menus include Fearless Backyard Barbecue, Cabana Club, and Western Cantina.

Under the direction of Executive Chef Jason Lindley and General Manager Gary Danhof, students create the menu, research recipes, factored out the cost of each meal and coordinate themes for each menu.

Danhof said students have the opportunity to work in a restaurant environment while choosing all the details that help the restaurant operate.

“They are split into teams and will perform different functions and positions within the restaurant,” Danhof said. “They will prep and prepare food, as well serve the food and even act as manager for the restaurant.”

Robert Paul Jones, (RHIM) chair said there have been many adjustments to restaurant operations this semester.

“Skyviews now presents the menu as al a carte as opposed to prix fixe as in the past,” Jones said.

Jones said Skyviews operates a ghost kitchen called Skyviews Pizza. This menu also is available during dinner and makes it easier for students and those who may not want all the courses to select what is best for them.

Skyviews is a full-service, largely self-supporting restaurant that provides a hospitality laboratory experience for students in the restaurant, hotel and institution management program at Texas Tech.

It has a lunch buffet and a dinner service, which is a four-course menu that changes weekly. It is open for lunch 11 a.m. to 1 p.m. Monday through Friday and dinner 5:30-8 p.m. Tuesday through Thursday of set weeks during the semester.