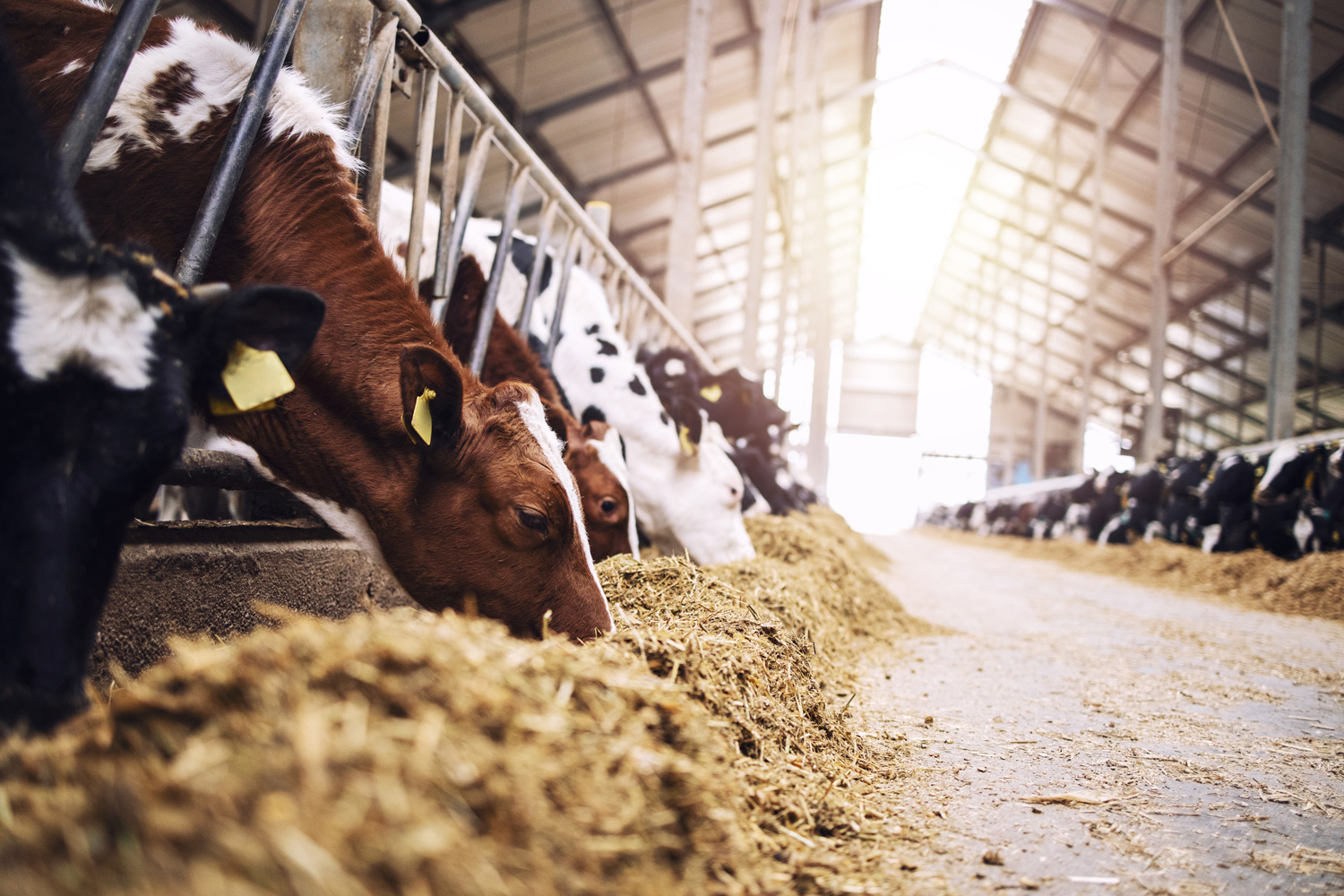 Kristin Hales’ project is funded by the Foundation for Food & Agriculture Research.

Infrared technology has seen tremendous growth both in terms of its variety of uses and the accuracy of the technology in areas such as cybersecurity, medicine and weather.

One of the most frequent uses is in thermography, or the use of infrared technology to determine the relative temperature of objects by detecting the amount of radiation being produced. Over the last year, the world has become very familiar with thermography even if many people didn't know that was what it was specifically called. Every time a person's temperature was scanned on the forehead, that was an example of thermography.

Kristin Hales, an associate professor in the Department of Animal & Food Sciences in the College of Agricultural Sciences & Natural Resources (CASNR), is the principal investigator for a group that recently received a $200,000 grant from the Foundation for Food & Agriculture Research for her project titled, “Development of a science-based management strategy to reduce the use of antimicrobials in high-risk beef cattle.”

Joining Hales on the project are assistant professor Vinicius Machado in the Department of Veterinary Sciences and CASNR associate dean for research Christy Bratcher.

“Infrared technology has not been evaluated as a real-time, chute-side management strategy to decrease antimicrobial use,” Hales said. “If it can be validated, it could become widely adopted in the feedlot industry.”

Hale is using thermography to develop a metaphylaxic method for beef cattle. Through her research, Hales aims to to develop a method where cattle are individually identified and targeted for antimicrobial treatment upon arrival at the feedlot before becoming part of the herd. This targeting would be done based on the surface temperature of the cow's eye using infrared thermography.

The idea is to prevent otherwise healthy cattle from being administered an antimicrobial drug, which would therefore decrease antimicrobial use. Also, if non-invasive methods of body temperature collection, such as infrared thermography, can be validated and implemented, then targeted metaphylaxis could become widely adopted in the feedlot industry.

“Because most cattle considered high-risk for developing bovine respiratory disease are receiving metaphylaxis when they arrive at the feedlot, developing a science-based method to better identify cattle that are candidates for antimicrobial treatment could decrease the administration of antimicrobials to otherwise healthy cattle,” Hales said.

Also, Hale said developing a targeted metaphylaxis strategy using infrared thermography could lead to the decrease of antimicrobials and the spread of antimicrobial-resistant in beef production systems throughout the worldwide food chain.

This grant is the first awarded to Texas Tech by the Foundation for Food & Agriculture Research.

Thanks to the generosity of Amarillo and communities across Texas and the commitment of legislators from around the state, the Texas Tech University School of Veterinary Medicine in Amarillo was established in 2018. In March 2021, the school was granted the all-important status of Provisional Accreditation, from the American Veterinary Medical Association (AVMA) Council on Education (COE).

The School of Veterinary Medicine recruits and selects students with a passion to serve rural and regional communities. Its curriculum is focused on the competencies and skills necessary for success in practice types that support these communities. Texas Tech's innovative and cost-efficient model partners with the wider community of veterinary practices across the state to provide clinical, real-world experiential learning.