Historian Considers Legacy of 9/11 At Its 20th Anniversary 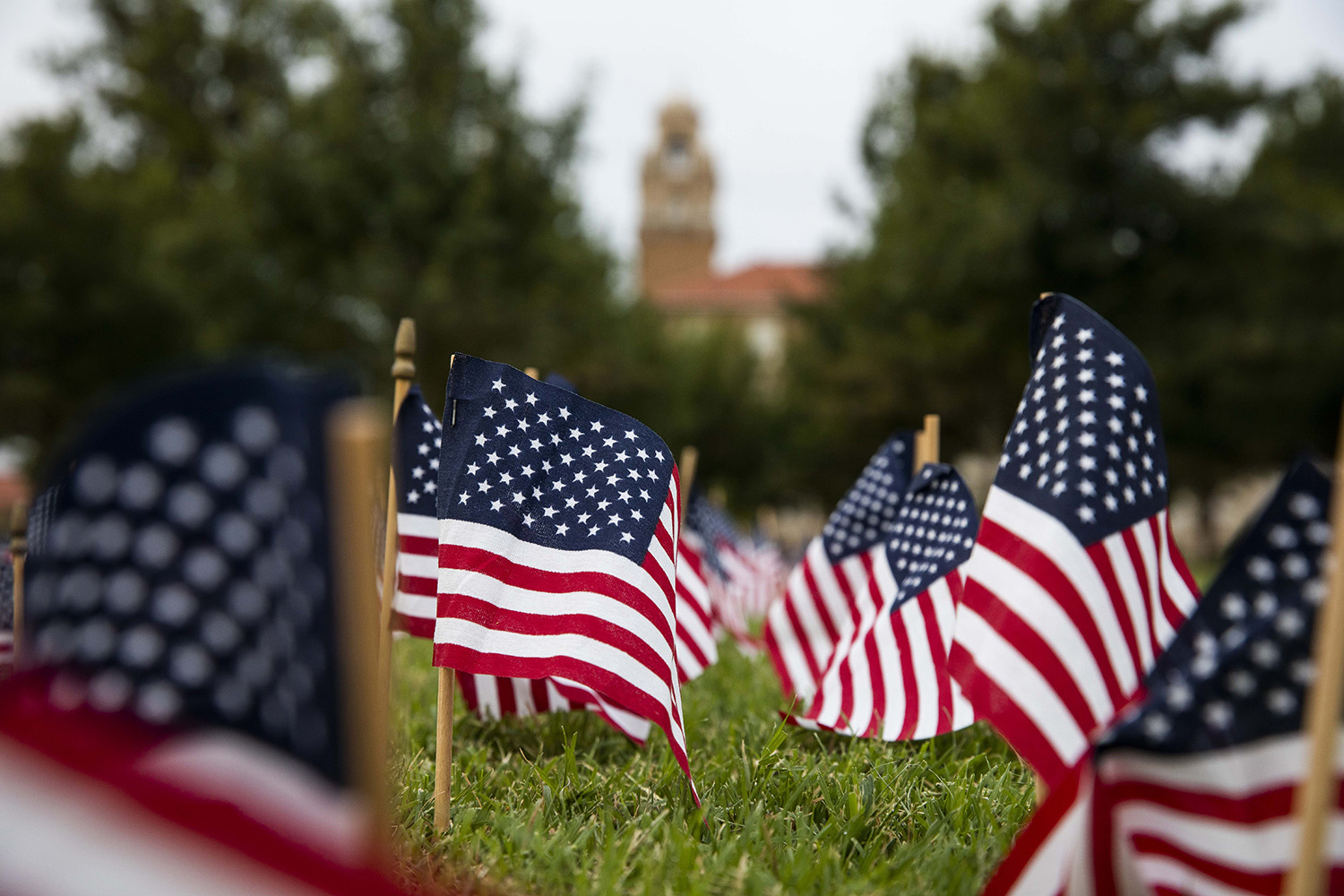 On a bright, sunny Tuesday morning 20 years ago, Sean Cunningham was sleeping in. He was a master's student in history at Texas Tech University, but he didn't have class that day. About 9:30 a.m., his alarm finally woke him. But instead of the usual music playing over the radio, that morning he heard a news report.

Within the space of 1 hour and 42 minutes, two hijacked airplanes had crashed into the famous Twin Towers of the World Trade Center in New York City; a third had crashed into the Pentagon in Washington, D.C., and a fourth in a field in rural Pennsylvania; the Twin Towers had both collapsed; and President George W. Bush had labeled the events an “apparent terrorist attack on our country.”

“The first thing that came to mind was Orson Welles and the ‘War of the Worlds' radio prank of the 1930s,” Cunningham said of the 1938 radio drama, where mysterious creatures and terrifying war machines were moving toward New York City – and many listeners mistook it for a real news bulletin.

But this morning's report was no prank. News of the attack also was on his computer's homepage and the TV. He watched again and again as the screen replayed the same scenes. The north tower on fire, pouring smoke into the New York City sky, the rumble overhead as the approaching second airplane collided with the south tower, a fireball erupting and, one shocked second later, screams from onlookers. Panic-stricken people running for their lives as the towers collapsed in on themselves, a thick cloud of dust and debris blacking out the morning sun.

The world would soon know that nearly 3,000 people had been killed.

“It was surreal – stunning and very quiet,” he recalled. “The only real emotion I remember feeling was anger, perhaps mixed with a desire to help, or to do something, but it was hard to know what to do. So, we basically just watched TV for the rest of the day. For the rest of the week, really.”

It was Sept. 11, 2001, a date the whole world now knows as “9/11.” As the nation marks the 20th anniversary of the attack, Cunningham – now chair of Texas Tech's Department of History and a specialist in the history of modern American political culture – looks back on how the attacks changed this nation and how, two decades later, its legacy is still being written.

I've heard it said that the 1963 John F. Kennedy assassination “destroyed America's innocence” for a generation. I don't know if that's entirely true, though certainly events like that – or Pearl Harbor in 1941, or 9/11 in 2001 – forced the vast majority of people in this country to take a hard look at their lives and reconsider their priorities. I do think that happened for the generation that lived through 9/11, at least for a while.

Americans were far more sensitive to the sacrifice of police officers and firefighters after the attacks than before. Public service and community support, a spirit of cooperation, togetherness and patriotism, all of those things increased after 9/11, for a time. I think Americans living through that period would say that before 9/11, we were living through a rather superficial period of cheap entertainment and petty politics. 9/11 elevated the discourse to some degree, but of course, that discourse changed fairly soon.

Tell me about the legacy of 9/11. How did those events change us as a nation?

Well, it's hard to summarize 9/11's legacy in a few words. It changed everything. It put us on a collision course with what became the War on Terror, which … I don't know, is that still a thing, based on our recent exit from Afghanistan? I don't know, but here we are in 2021 still dealing with the fallout of those attacks. Airports changed forever. As did our understanding of the Muslim world, which still isn't great, but before 9/11 was next to zero, so far as the mainstream was concerned.

Were there any changes at the time that have since reverted back? That is, any changes that did not last?

There was a time when it seemed like 9/11 would bring the country closer together, creating a stronger sense of community and togetherness, but that evaporated fairly quickly, largely because of the government's controversial response, specifically the decision to invade Iraq.

What parts of our everyday lives that we now see as normal were caused or influenced by the 9/11 attacks?

Airport security protocol is definitely one of the most enduring changes wrought by 9/11. But I also think our understanding of social media, information trafficking and just the broader implications of globalization. I think 9/11 made the world feel smaller, much as Pearl Harbor did for that generation. I think we all just became more aware of the world around us and the possibility that events on the other side of the world could still have an impact at home.

That's an extremely interesting question. I suppose you'd begin by looking at the Bush administration's original agenda, which was completely derailed by those attacks. Would he have pursued Social Security reform earlier than he did, in 2005? Probably yes, and it likely would have failed, as it did later. Would economic policies with China have been prioritized in a way that accelerated tensions in that region, or improved things? It's hard to know, but under normal circumstances, Republicans would have lost seats in the 2002 midterms; instead they gained seats. It's hard to know how the 2004 election would have gone, and if a Democrat wins that, you don't get Barack Obama in 2008 – it's just a butterfly effect of alternate realities. Things could be very different. Or, something else could have happened that didn't. We'll never know!

Do you think our nation's memory of 9/11 is pretty well established now, or is it still being shaped by current events?

History is constantly evolving. That's why, for instance, the debate over Confederate memorials has been so tense in recent years. We remember the past differently based on the present. So when circumstances change, and we begin to rethink the past, it alters the way we choose to celebrate, memorialize or recognize the past in the present.

So far as 9/11 goes, I think the story is still being written. Events in Afghanistan recently, for instance, will have a direct impact on how 9/11 is remembered, since those attacks were made possible, in part, by the same Taliban government that we went to war to remove, successfully removed, and is now back in power. At the very least, however, I think 9/11 will always be remembered as a day of tremendous loss, sadness, sacrifice and heroism. I don't see that changing. It's likely the ramifications of 9/11 that will be open to debate.