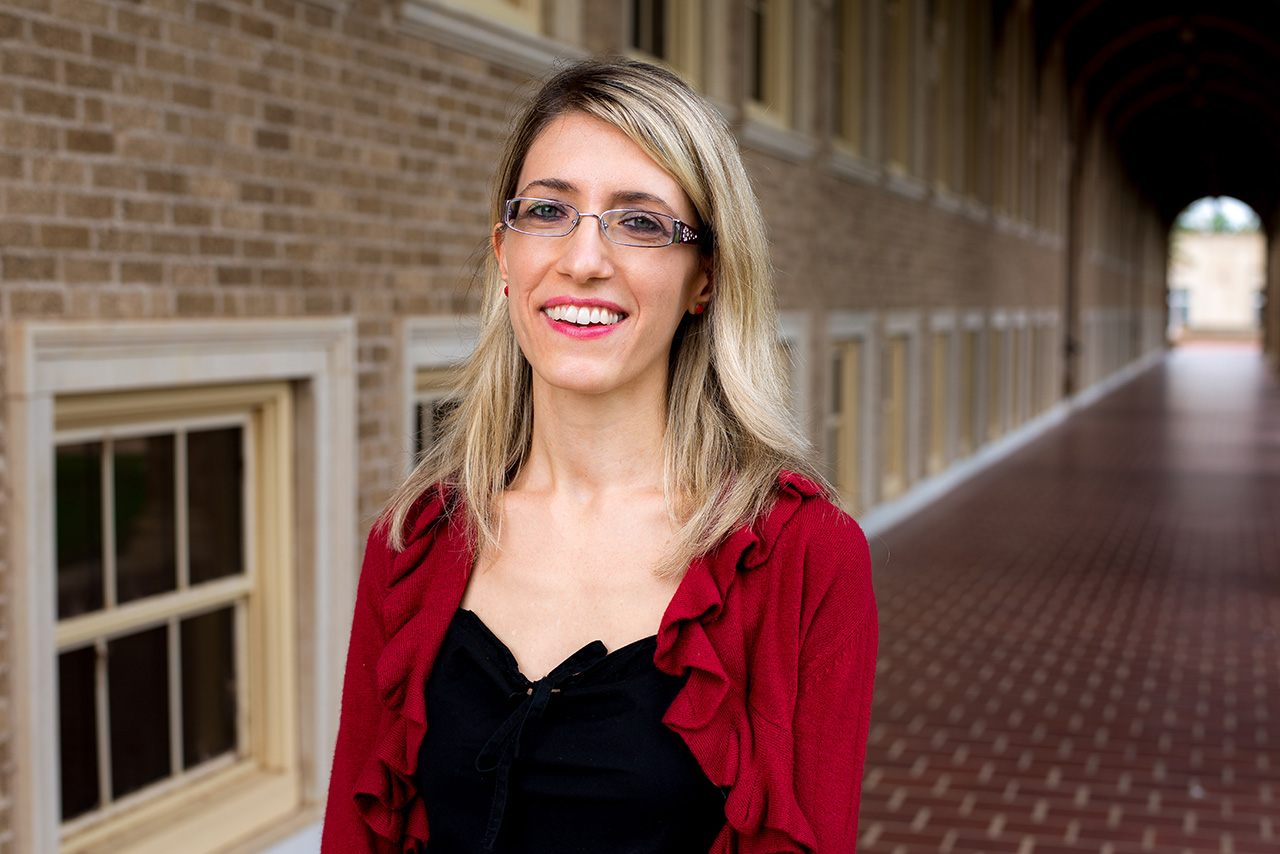 She was honored for her groundbreaking work in multi-messenger astronomy.

The Breakthrough Prize Foundation today (Sept. 9) announced the winners of its 10th annual Breakthrough Prizes, awarding a total of $15.75 million to an esteemed group of laureates and early-career scientists. One of those was Texas Tech University's own Alessandra Corsi.

Corsi, an associate professor with a President's Excellence in Research Professorship in the Department of Physics & Astronomy, is among the recipients of the 2022 New Horizons in Physics Prize for laying the foundations for electromagnetic observations of sources of gravitational waves and leadership in extracting rich information from the first observed collision of two neutron stars.

“I feel excited, honored and, most of all, humbled,” Corsi said. “I am extremely grateful to my family, nominators, mentors, advisers and funding agencies for supporting me. I am thrilled to have the opportunity to contribute to the new era of gravitational wave astronomy together with many amazing collaborators. I look forward to more exciting discoveries ahead!”

The New Horizons Prizes, each $100,000, were distributed between 13 early-career scientists and mathematicians who have already made a substantial impact in their fields.

It's an apt description of Corsi.

Six years ago, a 1,000-member team of international scientists observed gravitational waves for the first time, confirming a century-old prediction by Albert Einstein himself. As a member of the team – the Laser Interferometer Gravitational-wave Observatory (LIGO) Scientific Collaboration – Corsi was part of the discovery that won its leaders the 2017 Nobel Prize in Physics. But the work wasn't finished.

As a result of her work, she was honored with the 2020 Edith and Peter O'Donnell Award in Science from The Academy of Medicine, Engineering and Science of Texas (TAMEST) and was named one of Science News magazine's SN 10: Scientists to Watch. Along the way, she also was named a Fellow of the American Physical Society and has been working to establish Texas Tech as the U.S. mainland's first hub for the National Radio Astronomy Observatory's National and International Non-Traditional Exchange Program.

“On behalf of all my colleagues at Texas Tech University, I want to congratulate professor Corsi on winning this prestigious award,” said Joseph A. Heppert, vice president of research and innovation. “We are all very proud of Dr. Corsi's research, which expands humanity's understanding of the fundamental functions of our universe.”

“The Breakthrough Prizes have been awarded to the world's top scientists for 10 years, and Dr. Corsi's selection as one of the recipients of the 2022 New Horizons in Physics Prize from the Breakthrough Foundation is a tremendous honor that proves, once again, she is a world-class astrophysicist,” Lee said. “I am extremely proud of having Dr. Corsi in our department and sincerely congratulate her on behalf of the Department of Physics & Astronomy. Considering her outstanding scientific achievements in both gravitational-wave astronomy and extreme and explosive astrophysics, I know she will make many other breakthroughs.”

About the Breakthrough Prize

The Breakthrough Prize in Fundamental Physics was founded in 2012 by Yuri Milner to recognize those individuals who have made profound contributions to human knowledge. The Breakthrough Prizes honor important, primarily recent achievements in the categories of fundamental physics, life sciences and mathematics.