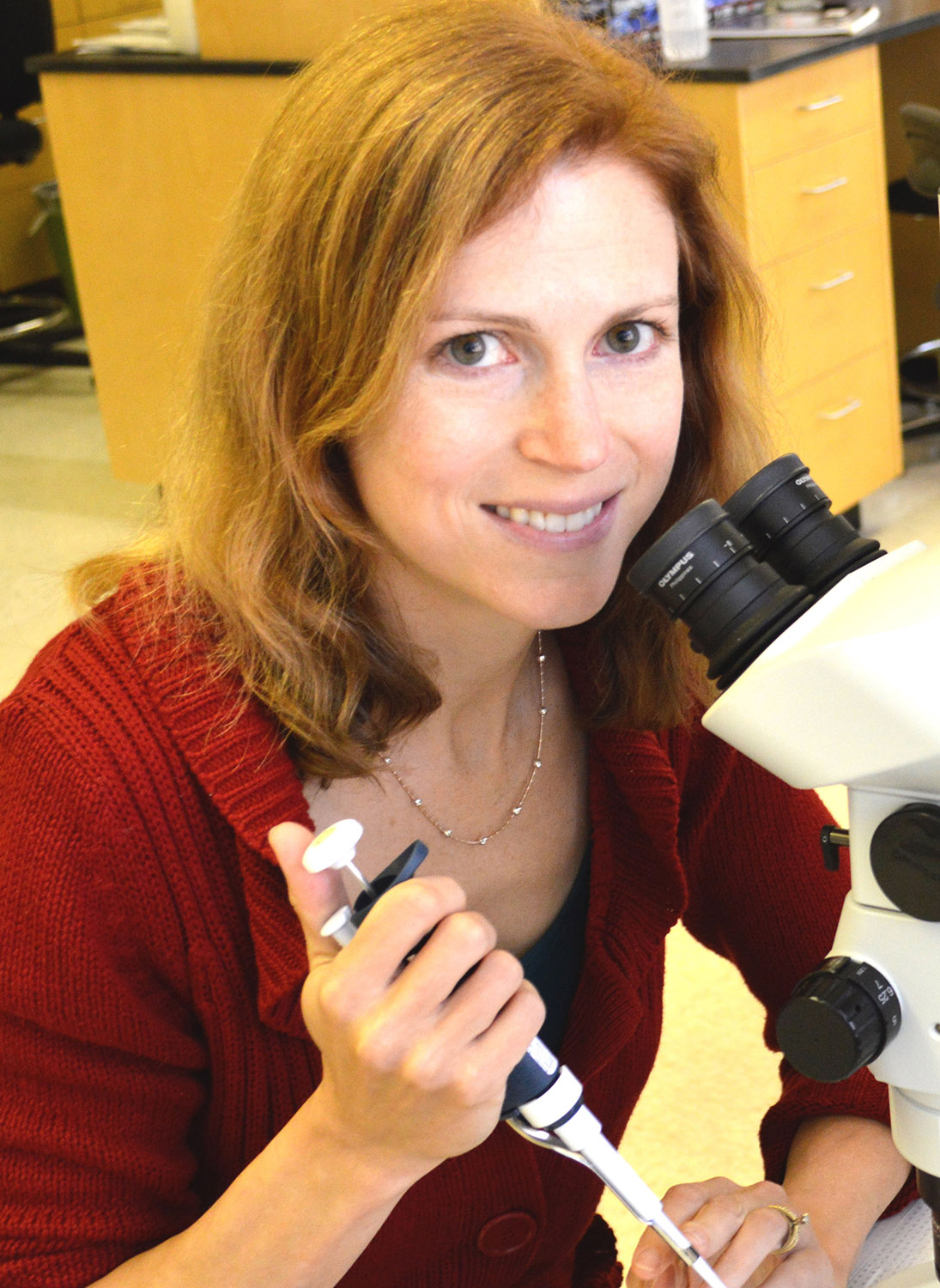 Farmers around the world know the devastating impact of plant-parasitic nematodes. These tiny worms feed on plants, ruining an estimated 25% of the world's crops and costing roughly $100 billion in damage each year.

But with a new five-year grant totaling just over $1 million, a Texas Tech University researcher is studying the feasibility of a novel solution to the problem – one that holds promise for the environment as well as the agriculture industry.

“Currently, these nematodes threatening crops are difficult to control without using costly chemicals that can be environmentally damaging or promote strains that are resistant to treatment,” said Amanda M.V. Brown, an assistant professor in the Department of Biological Sciences. “Therefore, this project investigates an alternative, non-toxic solution that may be developed to control plant-parasitic nematodes. The focus is on naturally occurring bacteria that have been discovered living within these worms that may drive their survival and direct or mediate their devastating impacts on plants.”

Brown recently received the joint grant from the National Science Foundation's (NSF) Faculty Early Career Development Program (CAREER) and the U.S. Department of Agriculture's (USDA) National Institute of Food and Agriculture (NIFA) to examine the role of these bacteria, which are present in some of the most damaging nematodes.

These bacteria are related to bacteria, such as Wolbachia, currently being used in breakthrough approaches to control mosquito-borne diseases. Brown's research will use global sampling, DNA and RNA sequencing, computer software development and novel experiments to uncover the function of these widespread bacteria and bridge the traditionally separated fields of plant pathology, nematology and microbiology.

“Even though nematodes are the most abundant animals on land, and we know that animal microbiomes are critical to animal health and function, we still know almost nothing about nematode microbiomes,” Brown said. “It is amazing that the endosymbiotic bacteria, Wolbachia, which is found in most insects, has been successfully harnessed for biological control of mosquito-borne diseases, modifying mosquito populations and reducing virus transmission. We have similar goals for controlling nematodes that directly damage plants or vector plant viral diseases.”

But before being able to control the nematode bacteria, Brown and her fellow scientists must first understand the bacteria's role, both in the nematodes and in the larger ecosystem.

“The goal is to generate the first coherent picture of how these nematode-inhabiting bacteria function to impact nematode biology and thereby impact crops,” Brown said.

“We also will examine how stressors such as climate change and land use affect the interactions between these bacteria, nematodes and plants. By looking at temperature's effects at the level of endosymbiotic bacteria role, nematode parasitic activity and outcomes for plant communities, we hope to obtain foundational knowledge that may be integrated with models for climate change and climate change mediation.”

In addition to the knowledge science in general can gain from this research, local high school students will benefit as well through a peer-mentoring program in genomics. Brown wants to impart to young scientists that microbes are not inherently bad.

“I am really passionate about microbes that confer benefits to hosts,” Brown said. “Historically, we have been biased to view microbes as predominantly ‘bad' – and of course some microbes are ‘bad' in that they are pathogens – but the majority of microbes on earth play roles other than as human pathogens most of the time. In fact, many microbes play essential beneficial roles in microbiomes of plants and animals.

“I am passionate about studying how and why these beneficial roles become stabilized in the face of potential ‘selfish' mutations that would make some individuals reproduce more quickly but confer lower benefits to the system. This is what drives my interest in science.”