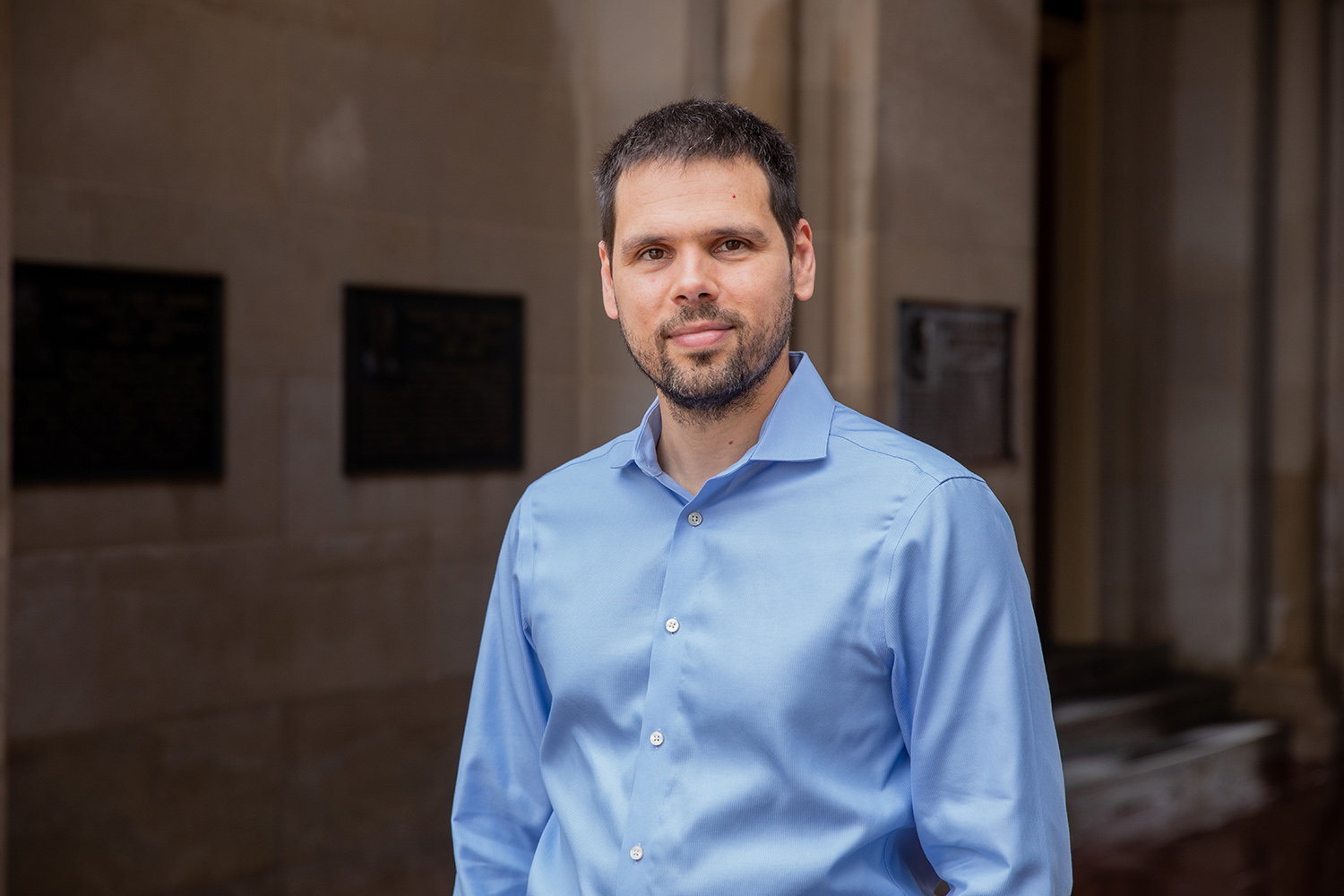 Argenis Bilbao’s goal is to perform research and develop technology in all areas of electric use through multiple forms of energy production.

The electric grid operated by the Energy Reliability Council of Texas (ERCOT) has drawn immense attention as of late, calling into question its reliability in providing electricity statewide, even as additional areas of the state join the council.

From the massive freeze that engulfed much of the South and knocked out power to much Texas, to ERCOT's recent call to temporarily reduce electric use as temperatures rose in mid-June, the electric provider has been chided by the public, even though changes and improvements were promised following the winter storm.

Given ERCOT's recent vulnerability, the research being performed by the Global Laboratory for Energy Asset Management and Manufacturing (GLEAMM) at Texas Tech University is particularly relevant. GLEAMM is a collaboration of university innovators, industry leaders and for-profit testing, certification and manufacturing facilities focused on protecting, enhancing and managing energy transmission and distribution on the electric grid.

But new GLEAMM director Argenis Bilbao sees GLEAMM expanding into other areas of energy production to not only enhance the reliability of the electric grid but also forge a path into uses outside of just powering homes and businesses. Getting that done means expanding GLEAMM's reach, both in terms of research and commercialization.

“The main goal of GLEAMM is to bring researchers together to do research and push the boundaries of what we have right now in terms of technology,” Bilbao said. “I want to have people from multiple disciplines come in, perform research at our facilities or contribute to the research in our facilities, even if they're located elsewhere, and push the technology forward. I want them to contribute to our body of knowledge as well – to not just perform research for the sake of performing research, but actually put that technology out there in the hands of people through the appropriate channels.”

Bilbao was named the new GLEAMM director in May after previously serving for three years as an electronics engineer for the U.S. Army Research Laboratory (ARL), where he conducted research related to machine learning, artificial intelligence and wireless power transfer for defense applications.

Bilbao is no stranger to Texas Tech. He earned his bachelor's (2011) master's (2015) and doctoral degrees (2016) in electrical engineering from the Edward E. Whitacre Jr. College of Engineering. He served as a research assistant professor at Texas Tech upon earning his doctorate, analyzing and testing power semiconductor devices and supervising the implementation of technical development of the GLEAMM microgrid.

While earning his degrees at Texas Tech, Bilbao also served as a graduate research assistant at the Pulsed Power and Power Electronics Laboratory and spent a summer as an intern at the Sandia National Laboratory (SNL), where he worked on signal acquisition and conditioning for research-grade wind turbine controller deployments. His previous work experience allowed him to see GLEAMM's strength and shaped his vision for the project.

GLEAMM was created, Bilbao said, to bring together researchers from multidisciplinary fields like electrical, computer and mechanical engineering, computer science, chemistry and other disciplines to perform research related to the energy sector, particularly pertaining to grid integration and microgrids. The main focus of GLEAMM's research is in improving the electric grid and gaining an understanding of the effects of renewable energy sources utilization.

“I envision people coming here to perform research not only from universities but also from private industry, national and federal laboratories,” Bilbao said. “I see them performing collaborative research at Texas Tech. There are not many universities that have the research capabilities that GLEAMM does. That's why I believe this is so special.”

Bilbao said a microgrid is a smaller version of the electric grid being used today but is different in that it allows the user to disconnect from the overall grid when there are outages or other issues that interrupt or reduce the quality of electric service. Then, renewable energy sources such as solar panels, wind turbines and battery storage elements continue to power the members of the microgrid. He said microgrids deployed statewide could have mitigated the negative effects experienced in last winter's deep freeze.

“If a microgrid had been implemented, those people who were left out in the cold could have had a better chance of having power during the crisis,” Bilbao said. “Even if the microgrid had failed, power would not have been gone for as long as it was.”

Bilbao's goal is not just developing microgrid technology to power homes and businesses. He knows the research and technical development promoted by GLEAMM needs to be much broader.

“I'm looking at renewables because, as you see, they're all around us. We need renewables, and we need to know how to integrate those into the grid, into our homes, into pretty much anywhere we need it. But I think we still need to look at the traditional energy sources we currently have and how better to utilize them.”

The GLEAMM research facility at the Reese Technology Center allows researchers to work with a variety of energy production methods, including solar power, wind energy, hydrogen generation and reverse osmosis systems that examine how to use renewable energy to purify otherwise undrinkable water.

Being in one of the largest oil and gas-producing regions in the world, Bilbao is not oblivious to the need to research and develop technology to better extract, refine and use fossil fuels. In his mind, however, fossil fuels are a form of non-renewable solar energy that originated with dinosaurs being turned into oil through heat and pressure from the sun's energy. Like any other kind of energy, fossil fuels can be harnessed and used in an efficient and effective manner.

Bilbao referred to current research being performed by scholars at the Massachusetts Institute of Technology (MIT) in solid-oxide fuel cells as an example of improving energy efficiency from fossil fuels.

Bilbao said research has shown the ability to improve fossil fuel efficiency by creating fuel cells that convert gasoline directly into electricity, and the electricity could then power the automobile's electric systems. Initial results show efficiencies as high as 80% using this method. He hopes to eventually bring that research to Texas Tech.

That is his goal for GLEAMM – to make this premier research facility the place to go for all matters related to the energy sector, for all current and future uses.