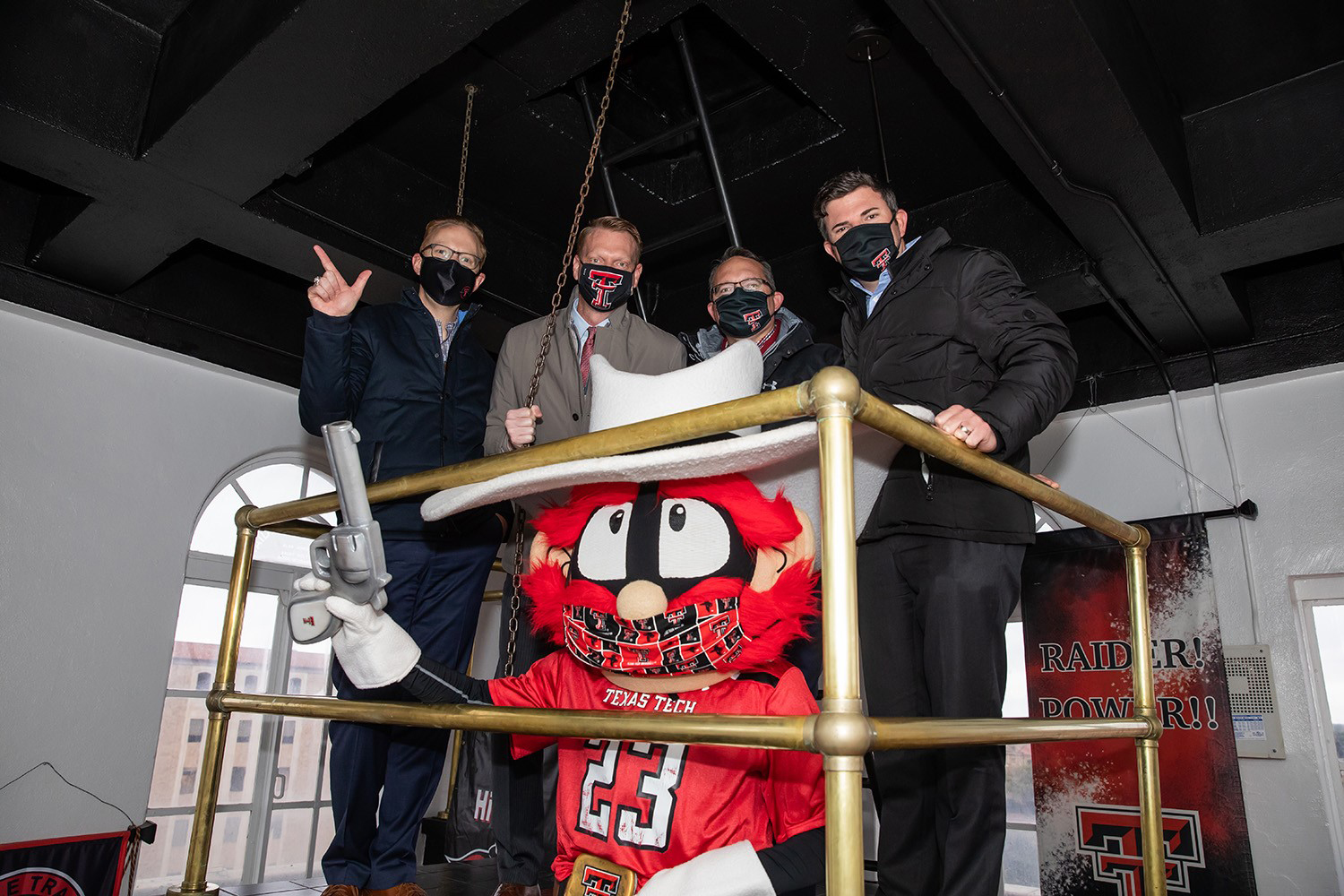 The longtime supporter of the Raider Red program will create a lasting tribute to the Texas Tech mascot.

Texas Tech University will receive its newest addition to the Public Art Collection thanks to a generous $150,000 gift from the Texas Tech Credit Union: A life-sized bronze statue of Raider Red.

Coming off the mascot program's first National Cheerleaders Association's national championship, the statue will depict Raider Red on his way to Jones AT&T Stadium and be located on the southwest corner of Akron Avenue and Drive of Champions near the Frazier Alumni Pavilion.

"We are grateful for the support of the Texas Tech Credit Union and its enthusiasm for Raider Red,” said Texas Tech University President Lawrence Schovanec. “This statue will embody its generosity and the spirit of those who have contributed to the 50-year legacy of our mascot.”

The initiative for a Raider Red statue on campus began in the 1990s, and a fund from three decades of generous donors who resided with the Texas Tech Alumni Association will supplement the credit union's gift.

“Texas Tech Credit Union has been a longtime supporter of the Raider Red program and will continue to be,” said Chris Hutson, credit union CEO. “Our board and our team value the importance of Raider Red and what he means to the Texas Tech family.  We are excited to celebrate Raider Red winning the 2021 National Mascot Championship by announcing the Raider Red statue project.”

Garland Weeks, a Texas Tech alumnus and West Texas native, has been selected to create the statue. Weeks was elected to membership in the National Sculpture Society and later named a fellow. In 1995, the Texas State Legislature named Weeks the Official Sculptor of Texas.

Stephanie Rhode, director of the Texas Tech Spirit Program that manages the Raider Red mascot program, is grateful for the Texas Tech Credit Union's support and investment in the university symbol.

“Since I started my job in 2003, I have dreamed of this day,” Rhode said about the Raider Red statue becoming a reality. “I can't thank the credit union enough for all they've done for the program so far. They've enabled Raider Red to go from making 100 appearances a year to 500. When you have support, it enables the university and program to have more outreach. Having the statue will be meaningful to those of us who have been around Raider Red in his first 50 years, but it also will be a symbol to prospective students and children.”

The credit union gift comes on the eve of its 10th year of sponsoring the mascot program. In 2012, the credit union began providing funds for the operating expenses of the program, uniform upkeep and replacement and scholarships for the students who serve as Raider Red.

“Raider Red is an iconic symbol of Texas Tech, and we recognize the significance he holds for many Texas Tech students, faculty, staff, alumni and fans,” said Ronald Phillips, chairman of the board of the credit union. “We hope to honor the legacy of the program and the many students who served as Raider Red by creating a permanent statue that fans can enjoy for years to come.”

In addition to its first national championship, the Raider Red program also celebrates the 50th anniversary of the character becoming a mascot later this year.