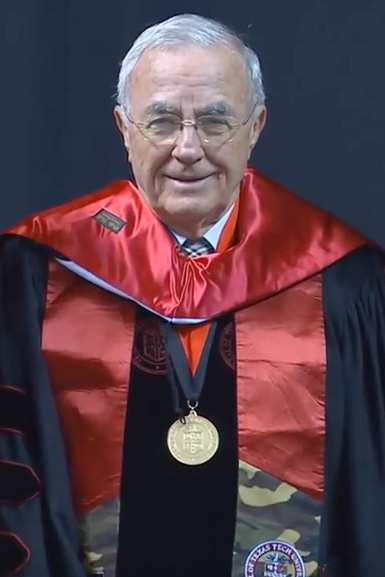 Texas Tech University at Waco is Texas Tech's largest regional higher education site, operating in partnership with McLennan Community College to provide Waco students with an accessible, affordable, world-class education. Through this scholarship endowment, Hobbs hopes to expand educational opportunities for students and bridge the financial gap for those who may not otherwise have the chance to attend college. Up to 50 scholarships will be awarded in the endowment's first year and up to 12 will be awarded each year thereafter.

“The gift Carey Hobbs has made will be instrumental in allowing individuals to pursue their education at Texas Tech University at Waco,” said Melanie Hart, vice provost for eLearning & Academic Partnerships. “Many of the students in Waco have other financial obligations, and the scholarships will assist them with tuition and other educational needs. Mr. Hobbs has a passion for helping others, and his gift illustrates that. We greatly appreciate all the support provided by Mr. Hobbs.”

Hobbs' gift not only benefits generations of students but also lays the groundwork for continued higher education fundraising efforts in Waco and surrounding areas, building greater support for local high school and community college students interested in attending Texas Tech University at Waco. This donation will allow for expanded recruiting opportunities beyond McLennan County and make it possible for even more students to earn their bachelor's degrees in Central Texas.

Born in Abilene, Hobbs served as a fighter pilot in the United States Marine Corps after attending Texas Tech and earned his commission as a second lieutenant. Following his military service, he became an innovative leader in the nonwoven industry as the president of Hobbs Bonded Fibers before selling his company to a private equity firm in 2015.

For the last four decades, Hobbs has generously opened his home for various Texas Tech athletes, alumni gatherings and other celebrations. For the last seven consecutive years, he has hosted Red Raider Rally, an annual sendoff event for Texas Tech students from the Lubbock and Waco campuses.

The Texas Tech Alumni Association (TTAA) honored Hobbs with a Distinguished Alumni Award in 2005, and in 2016 Texas Tech President Lawrence Schovanec presented Hobbs with an honorary doctoral degree in the humanities in recognition for his lifelong service and generosity to the university. Hobbs' wife and fellow Texas Tech alumnus, Brenda, was the co-founder of Texas Tech's Center for Collegiate Recovery Communities – formerly known as the Center for the Study of Addiction and Recovery – a collegiate recovery community program that has been replicated in 123 universities across the U.S.

Hobbs and his family are longtime supporters of Texas Tech Athletics, the College of Human Sciences, TTAA, the Chancellor's Council, Texas Tech University at Waco and the National Ranching Heritage Center (NRHC). Hobbs' son, Larry, is a former NRHC president and served for many years on the museum's executive committee.