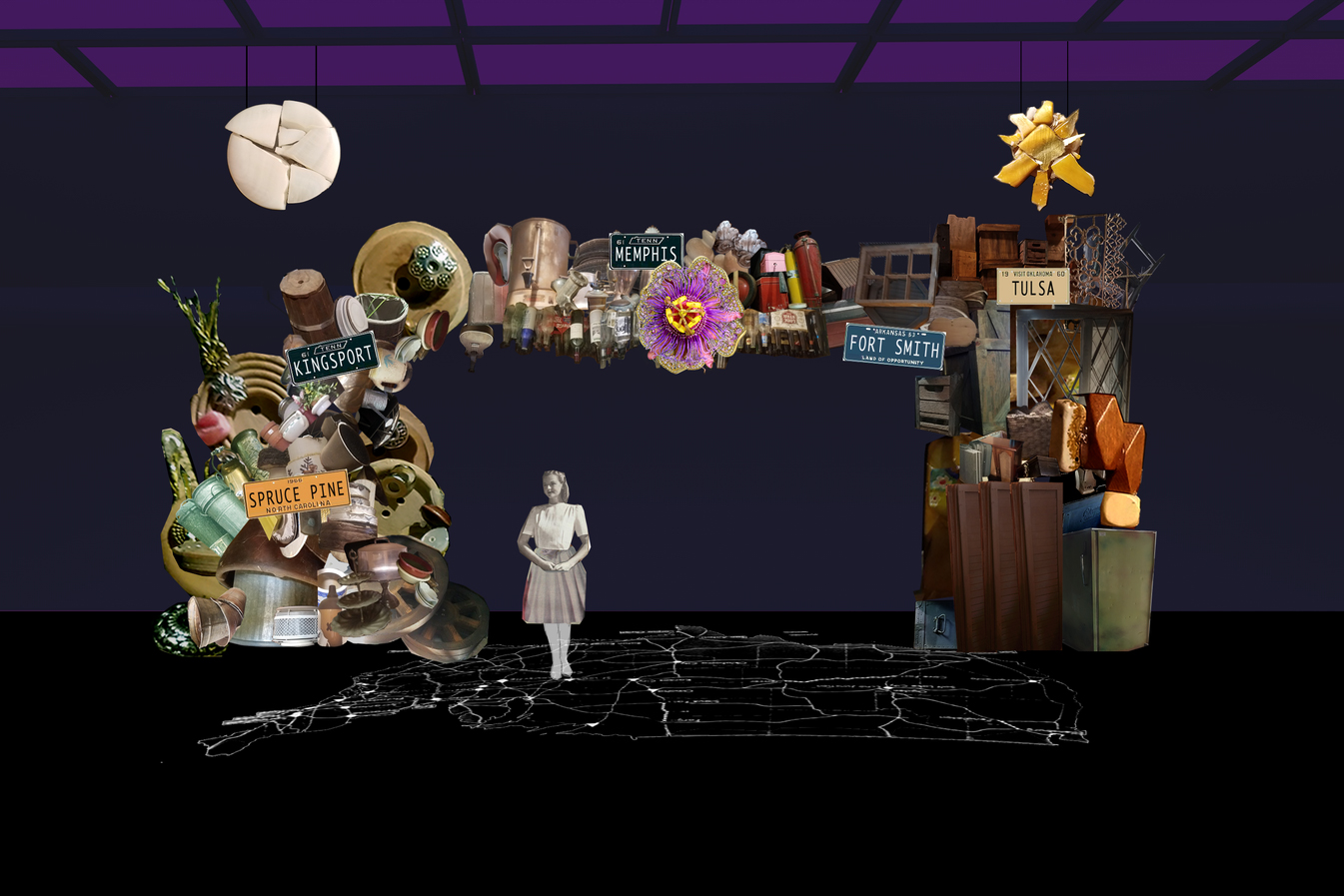 Olsen is one of only eight students across the country to receive the 2021 Kennedy Center regional award for theater design. Each year, the KCACTF offers theater students the opportunity to participate in design master classes, hone their craft and receive expert feedback on their submissions in order to improve the quality of college theater productions across the U.S.

Olsen was also selected as runner-up for the Barbizon Award for Theatrical Design Excellence, which recognizes outstanding student work in costume, lighting and set design.

“I was so honored and humbled to be the Barbizon Runner-Up at the Kennedy Center Festival for region six this year, as well as the recipient of the Vectorworks Award,” Olsen said. “It's been a challenging and unique year, and I look forward to seeing how the world recovers as I head out with my Master of Fine Arts degree from Texas Tech.”

“The Violet Response Project” is a reimagining of “Violet,” Jeanine Tesori's and Brian Crawley's 1997 musical which was originally scheduled to open the School of Theatre and Dance's 2020-2021 season. However, after the onset of COVID-19, public safety protocols necessitated a change of venue.

Confined to their homes and no longer able to utilize the newly-renovated Charles E. Maedgen Theatre building, with its designated design laboratories, generous rehearsal space and flexible performance areas, the cast and crew decided to overhaul their initial creative vision and devise an original, completely virtual production more reflective of the altered global reality.

“‘The Violet Response Project' came out of an abundance of caution from dealing with COVID-19 as theater practitioners,” Olsen said. “The only way we were able to produce a show in time and safely was to create a brand-new devised work, and that also extended to me as the scenic designer.”

Olsen had to abandon his original design: an elaborate archway constructed of domestic and industrial objects – a tiered cupcake stand, a flower-pot, license plates, a trash can – extending from house left to right, stretching over a map painted on the floor to mirror the main character's journey from her rural hometown to the city.

“Nearly the moment this idea is submitted, the call comes down to move away from this show as an in-person experience and head online,” Olsen said. “Scenic design in a digital, distance-based space was new to all of us, so my job was to iterate quickly.”

Olsen experimented with the empty space between the webcam and the actor, encircling the camera lens with shower curtain rings and mylar tubes, inviting the audience to view scenes through kaleidoscopic tunnels reminiscent of the chocolate river sequence from the 1971 “Willy Wonka & the Chocolate Factory.”

“The lightbulb moment hit when an actor placed a glass in front of their camera and deeply altered the perception of the scene,” Olsen recalled. “This was all I needed to appreciate the frame as the distance from the camera to the actor, and I started exploring that space. I focused mostly on creating scene transitions that the actors could perform themselves and tried various other ways of influencing the ‘zoom screen' from afar. What we ended up with was a performance with a lot of heart and some neat visuals to back everything up.”