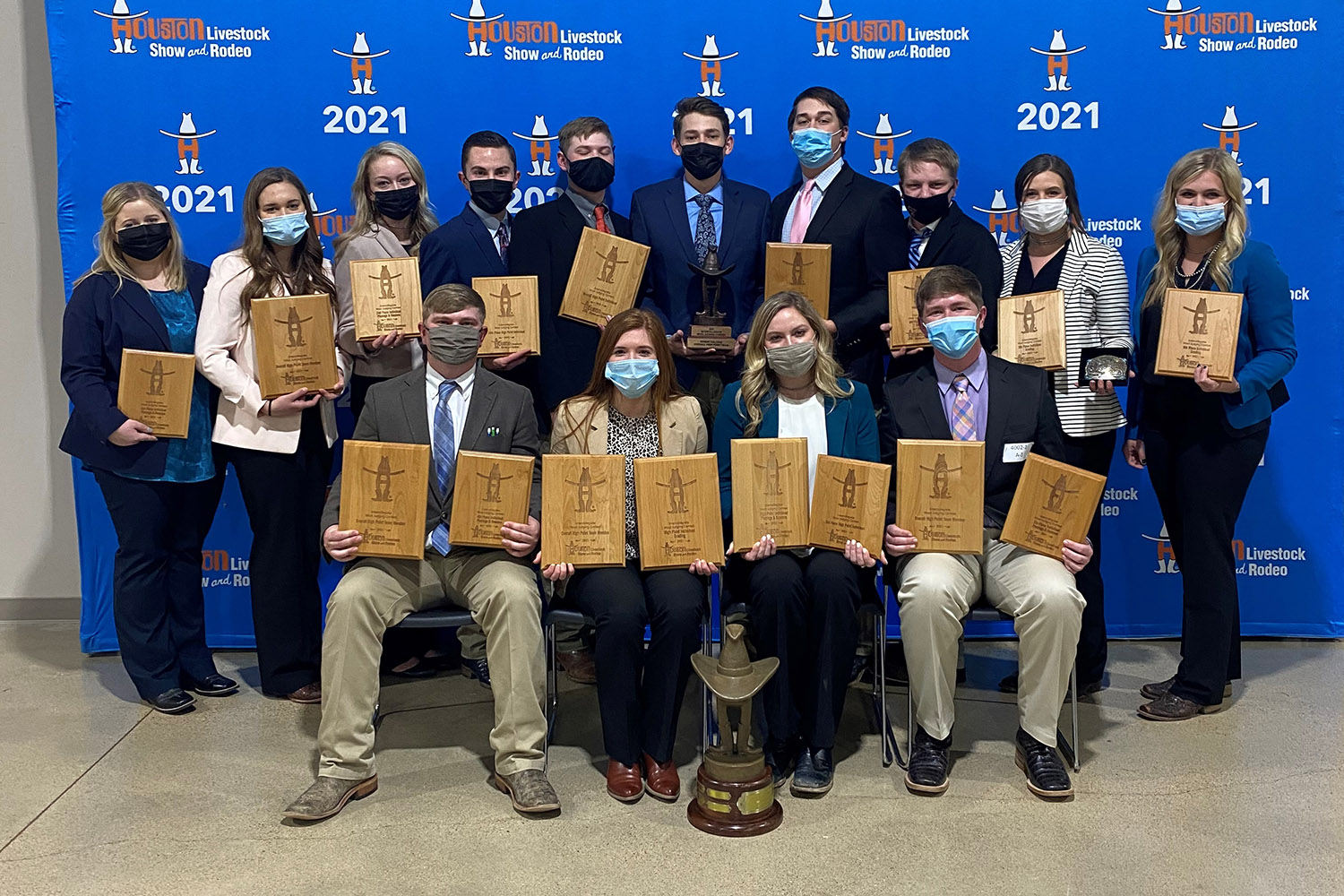 Two teams from Texas Tech placed in the top three of the competition, outpacing rival Texas A&M University and Texas Tech University System component school Angelo State University, which placed fourth. The Houston Livestock Show competition, the third and final meet on the spring calendar, served as the 2021 national championship for wool judging, which completes in the spring.

“The 2021 Wool Judging Team is a talented group of students who refused to accept defeat after the first two national contests,” said Sam Jackson, a professor in the Department of Animal & Food Sciences and supervisor for the Wool Judging Team. “They chose to buckle down and improve themselves before the competition hosted by the Houston Livestock Show. The result was they won the Houston contest and are now the 2021 National Champions. High-level preparation, as well as confidence in themselves and their coaches, paid off when it mattered the most.”

The Texas Tech Wool Judging Team is composed of mainly first-year students and competes only during the spring semester. It has captured three previous national championships in its history, most recently in 2018. It also won national titles in 1986 and 2013.

At the Houston event, Team 2 from Texas Tech took first place overall with 2,062 points, while Team 1 from Texas Tech was third with 2,038 points. Two teams from Texas A&M took second and fifth place, respectively, while the team from Angelo State was fourth with 2,036 points.

Leading the effort for Texas Tech was Wyatt Sisco from Sterling City. Sisco finished first overall with 694 points on the strength of a fourth-place finish in placing/reasons with 426 points and an 11th-place finish in grading with 268 points.

Finishing in third place for Texas Tech was Skylor Schertz V. The Denton native totaled 689 points and finished first in placing/reason with 431 points.

A pair of Red Raiders rounded out the top 10 finishes for Texas Tech. Emmie Mynatt from Eldorado finished eighth overall with 865 points, finishing fifth in grading with 271 points. Ashlyn Ochsner of Kersey, Colo., competing as an alternate, finished 10th with 682 points and took ninth place in grading with 269 points.

Carlye Winfrey from Seminole finished first in grading with 279 points while Luke Falkenstien from Oswego, Kansas finished sixth with 270 points. In the placing/reasons category, Maci Wisdom of Peaster finished second with 430 points, alternate Cassidy Craddock of Gunter took third with 426 points and Kade Miller of Panhandle was seventh with 423 points.

Coaches for this year's team are Jenna Frink and Emily Reiley, assisted by undergraduate Kullen Sorrels.