Rawls College Graduate Looks to Add Herself to the Number of Black Certified Public Accountants in the U.S. 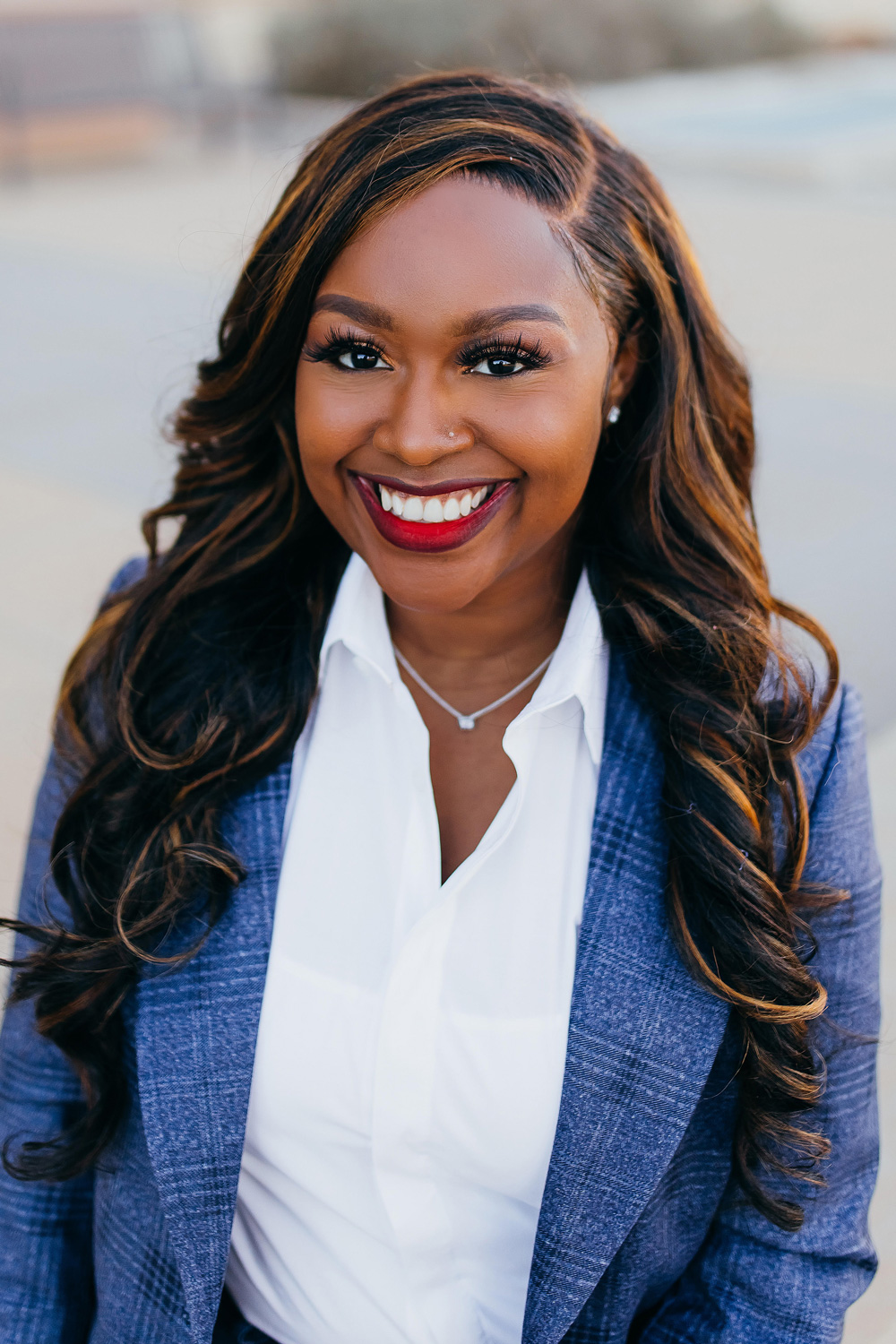 Dria Carter is working toward her CPA license.

It's Feb. 22, 2021. Dria Carter, who graduated from the Jerry S. Rawls College of Business with her bachelor's and master's degrees in accounting in December 2020, is on her computer trying to check the score of the last of four Certified Public Accounting (CPA) exams she needed to pass on her way to becoming a CPA. She clicks a button, and the score pops up. She passed.

“I just put my head in my hands and cried,” Carter said. “All I kept thinking was ‘I did it! I did it!' Suddenly, all of the sleepless nights and the sacrifices I had made were worth it.”

The journey to CPA certification can be an arduous one for many Rawls College accounting students, but for Carter, who is a first-generation student in her family, that journey sent her to uncharted waters.

“With having hard-working parents, I found myself doing a lot of things on my own, so navigating school was no different,” Carter said. “I had no guide or anyone in my family who I could look to for help.”

The cost of paying for a college education was a big part of the help Carter could not depend on. To help lessen the total cost, she completed her prerequisite coursework at Houston Community College with the plan of eventually transferring to a four-year institution.

While some of the research involved discovering the passion and school spirit students had for Texas Tech, an even larger part was looking into the accounting program at Rawls College. Carter decided on accounting as a career path after completing an accounting class during her junior year of high school.

“I was drawn to the accounting program at Rawls College because it was a proven program,” she said. “The job placement rate was high, and students who completed the program left knowledgeable and prepared.”

When Carter applied to the accounting program, her initial goal was to earn a bachelor's degree. However, after a little more research into the Accelerated BBA to MSA program, which allows students to complete a bachelor's and master's degree in an abbreviated length of time, Carter found an opportunity she couldn't pass up.

“When I heard about the MSA program and how it could further my career, I was intrigued,” Carter said. “I was on the fence about graduate school, but I told myself that if I got accepted, I would go for it.”

In December 2018, Carter was accepted into the MSA program, and her journey toward becoming a CPA began in earnest.

Thinking about her time as a Red Raider in the School of Accounting, Carter said the one experience that immediately came to mind was Meet the Firms.

Meet the Firms is an on-site recruiting process hosted by the School of Accounting and the Rawls Career Management Center. Students in their third year of the accounting program have the opportunity to meet with various firms and interview for internship positions for the following year.

It was during Meet the Firms that Carter found herself gravitating toward PricewaterhouseCoopers (PwC), one of the four largest accounting firms collectively known as the Big Four – the other members are Deloitte, Ernst & Young and KPMG.

While many students see the prestige around the Big Four, Carter was more focused on the people and the cultural identity of the firm. During an early Meet the Firms event, Carter talked with a Rawls College MSA alumnus from PwC.

“I made a comment, in passing, that there weren't many people of color from PwC at the event,” Carter said. “The next day, I received an email from one of the partners. He kindly explained to me that they typically bring alumni to the recruiting events and that the demographic of the event was not a reflection of the diversity that exists at PwC. He assured me he would speak with the recruiting team to see if some changes could be made.”

PwC started to bring more accountants of color to future Meet the Firms events. While this change could be seen as small, for Carter, it spoke volumes.

“It meant so much to me that my trivial remark was actually taken seriously,” she said. “I felt like I could be my authentic self without having to water down my personality. I believe Meet the Firms really helps students find the perfect match.”

Carter eventually interviewed with PwC and obtained an internship. Now that she's graduated and passed the CPA exams, Carter will start full-time at PwC in Houston this summer as a tax associate.

With her CPA certification in sight, Carter is proud to soon join a small demographic in the accounting world: Black CPAs.

During the National Association of State Boards of Accountancy's Annual Meeting, Shannon Nash, chair of the National Society of Black CPAs (NSBCPA), noted that only 1% of all CPAs are Black. For reference, Black people make up 13.4% of the U.S. population. Nash also made clear that the low percentage of Black CPAs isn't anything new and has actually held around 1% for the last 40 years. NSBCPA is hoping to become a resource for Black CPAs, like Carter.

“It's extremely difficult just to become a CPA, but to do it as a Black woman makes it that much more challenging,” Carter said. “I feel like I'm a part of an exclusive group. The love and support I've received has been truly overwhelming.”

The lack of Black representation is not unique to just the accounting profession. Black faculty members make up around 2% of Texas Tech University's faculty. This means Black students at Texas Tech face a high probability of going their entire collegiate career without having a faculty member who looks like them. This lack of representation isn't just seen by Black students like Carter; it's felt.

“As Black people, there are things – good and bad – that we experience that people from other ethnicities can't relate to,” Carter said. “It would have made a world of difference to just have one professor that could relate to me on that level. Someone that truly understood ‘me.'”

Eat your pancakes every day

As Carter prepares to begin her work at PwC, she's appreciative of the impact Rawls College has had on her future career.

“Had I not made the choice to attend Texas Tech's Rawls College of Business, I probably would never have gone to graduate school or attempted to tackle the CPA exam,” she said. “Everyone just made me feel like I could do it.”

For Carter, John Masselli, the Haskell Taylor Professor of Taxation in accounting, was a motivating force to keep going and push through.

“Dr. Masselli really helped me during those times when I doubted myself and thought I couldn't do it,” she said. “He would always say, ‘You know more than you give yourself credit for,' and he was right.”

While Masselli offered Carter some key advice, Carter has some of her own for future accounting students.

“It's tough going semester to semester and class to class, rarely seeing someone who looks like you, whether it be behind the podium or in the seats,” Carter said. “I'm hoping that's something that changes, but until then, keep striving!”