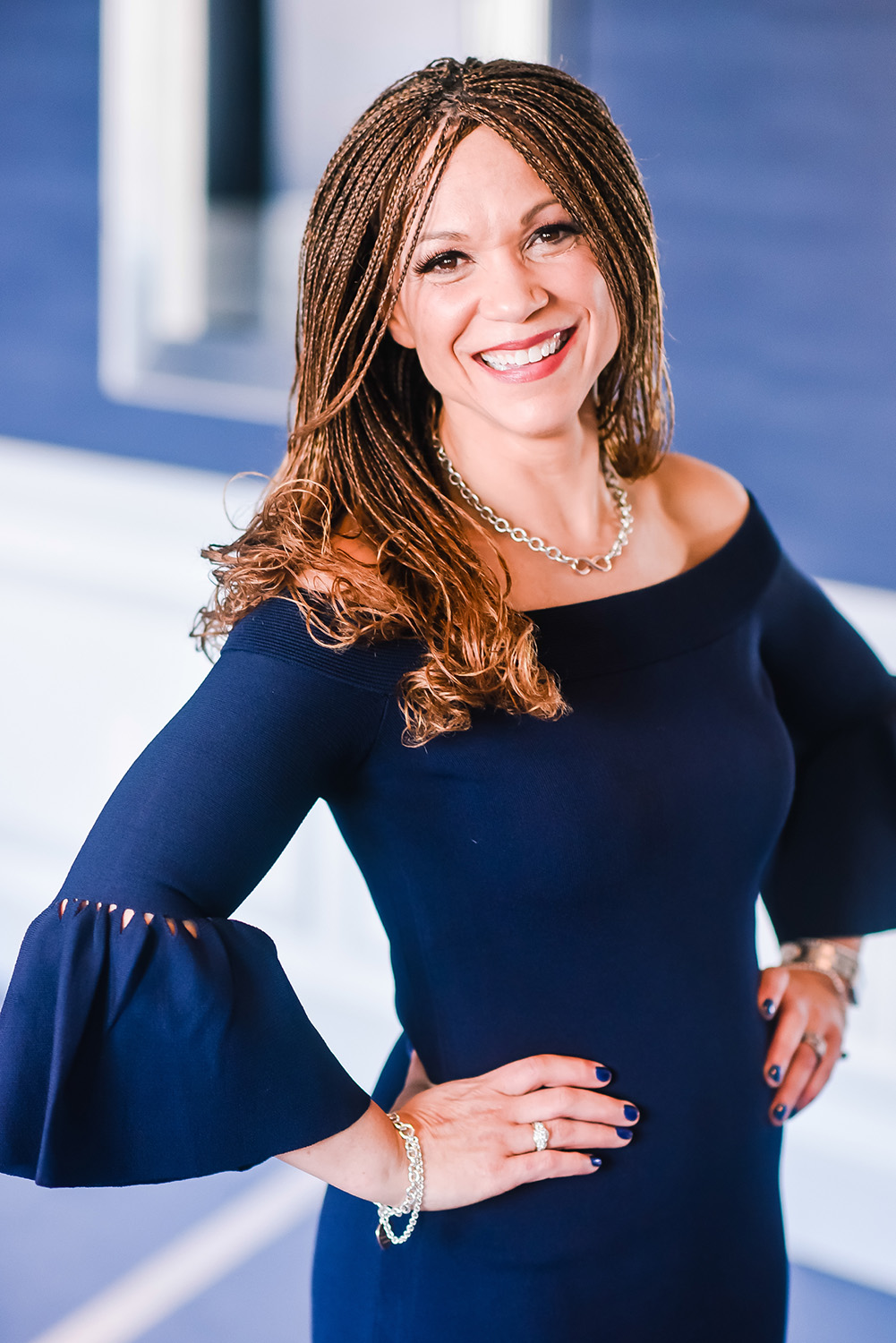 Harris-Perry is a professor, writer and the Maya Angelou Presidential Chair at Wake Forest University.

After postponement from the fall semester due to the COVID-19 pandemic, the Office of Institutional Diversity will host its annual Celebrate Diversity Awards event honoring and recognizing the recipients of the Sen. Robert L. Duncan Community Champion Award and the Texas Tech University Inclusive Excellence Awards.

This year, however, the event will be held virtually via Zoom at 7 p.m. on April 29. The event is free and open to the public, but registration is required.

The keynote speaker for the 2021 awards ceremony is Dr. Melissa Harris-Perry, author, professor and the Maya Angelou Presidential Chair at Wake Forest University. She teaches courses in American politics and elections where race, place and gender intersect.

“We are so honored to have Dr. Harris-Perry as the keynote speaker for this year's Celebrate Diversity event,” said Carol A. Sumner, chief diversity officer and vice president of the Division of Diversity, Equity & Inclusion at Texas Tech. “Her academic accomplishments, as well as her high profile in print and television journalism, make her a unique and outstanding choice to share her experiences and opinion on the value of diversity and inclusion in our lives.”

Through her work in academia, writing, journalism and the media, Harris-Perry has spent almost two decades enhancing public knowledge of American public life when it comes to issues of race, gender, politics and power. She has served as an editor for Zora.com and Elle.com, and her writing has appeared in the Wall Street Journal, New York Times, Chicago Tribune, Glamour, Harper's Bazaar and numerous other print and digital media.

From 2012 to 2016, she hosted the Melissa Harris-Perry show on weekend mornings on MSNBC and was awarded the Hillman Prize for broadcast journalism in 2016. She is the founder and president of the Anna Julia Cooper Center, which advocates for justice for women and girls of color in higher education.

She also has helped diversify American journalism and helped mentor others through developing innovative programs such as the Elle.com scholars program, which focuses on the stories of women and girls of color, and Black On Campus, a national student journalism program.

“It is an absolute honor to bring Dr. Harris-Perry to campus as our featured speaker,” Sumner said. “Having her here would be enough on its own but to have her here while celebrating those who have worked with passion and dedication to advance diversity, equity and inclusion across Texas Tech University and the greater Lubbock community is even more special.”

“And while we honor and recognize our awardees and their efforts, we also are pleased to spotlight some of our past student scholarship recipients who have benefited from our annual scholarship fundraiser.”

Three outstanding individuals will be recognized during the event for their contributions to diversity. Kirsten A. Cook, an associate professor of accounting in the Jerry S. Rawls College of Business, and Angela Lumpkin, a professor and chair of the Department of Kinesiology & Sport Management in the College of Arts & Sciences, will receive the Inclusive Excellence Awards. This year's recipient of the Sen. Robert L. Duncan Community Champion Award is Dr. Damon H. Hill Jr., a general family medical practitioner with Covenant Medical Center.

“We are so pleased to be able to continue our annual tradition honoring those in the Texas Tech and Lubbock communities who continue to prove themselves as leaders in diversity, equity and inclusion efforts,” said Ashley Gonzales, senior director in the Office of Institutional Diversity. “Our honorees this year represent the best of our Texas Tech and Lubbock communities.”

Dr. Melissa Harris-Perry earned her bachelor's degree in English from Wake Forest and her doctoral degree in political science from Duke University. She also studied theology at Union Theological Seminary in New York.

Prior to her appointment at Wake Forest, Harris-Perry served on the faculty at the University of Chicago, Princeton University and Tulane University. She is on the board of trustees for The Century Foundation and The Next 100. She authored the award-winning book “Barbershops, Bibles and BET: Everyday Talk and Black Political Thought,” as well as “Sister Citizen: Shame, Stereotypes and Black Women in America.”