Sentimentality and Service to Others 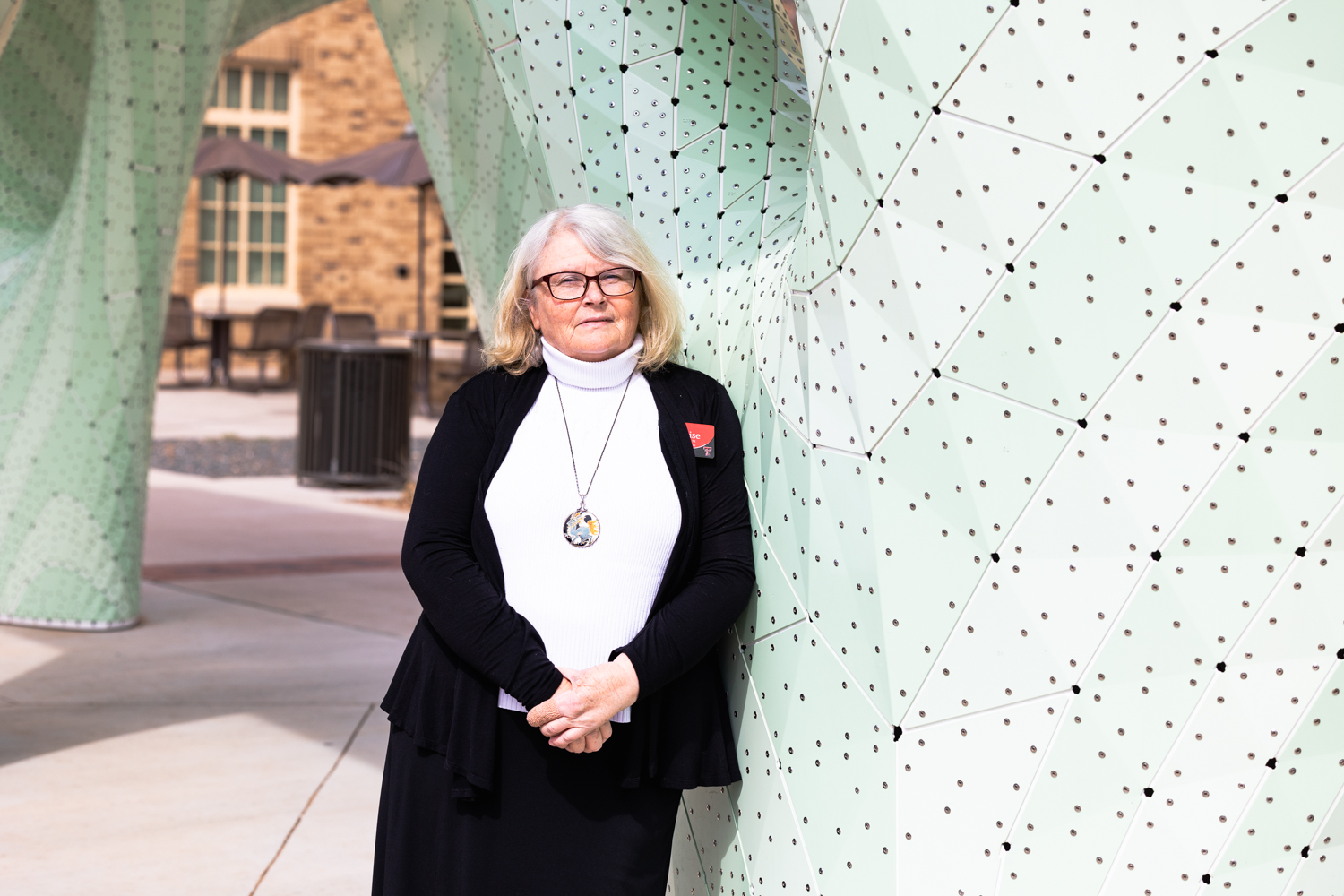 Jenise Wooten has fond memories of Texas Tech University, and her 25 years of service on campus reflects her dedication to keeping those treasured memories intact.

In recognition of Women's History Month, Texas Tech University is highlighting the contributions of some of its longest-serving staff members throughout March. Their efforts, many of which go on behind the scenes and outside the spotlight, nevertheless keep the university running day to day.

Jenise Wooten has been a Texas Tech employee since she was a student. Her dedication to serving her fellow classmates bled over into a full-time career now serving new students. Wooten, the marketing and communications unit manager of University Student Housing and who holds a degree in agricultural communications from Texas Tech, has had roles across the university and at the Texas Tech University Health Sciences Center (TTUHSC).

Her love of Texas Tech began at an early age, listening to the Goin' Band from Raiderland on AM radio. From there, that fondness only grew.

Wooten's commitment to serving the Texas Tech community for 25 years is just one of the reasons why she's being highlighted for Women's History Month.

I worked as a full-time photographer for TTUHSC's Educational Support in Thompson Hall. I loved photographing surgeries! I left Texas Tech for the private sector and didn't return until 1999. I worked at Printing Services in the graphics department until the department was closed. I have worked in University Student Housing since 2010.

I have served on the University Student Housing's Disney Think Tank committee, been on numerous hiring committees and have been a part of the planning committee of the Carol of Lights®.

Can you describe some of the things you've done at Texas Tech both professionally and personally?
My favorite thing I have been involved in at Texas Tech is the Carol of Lights®. I became involved when I worked at Printing Services. We designed and printed the materials used for the dinner and the marketing of the event. I already was smitten with the event from my college days. I have been a part of the event for 20 years and have loved every minute.

I was here during the re-branding of Texas Tech and helped with some of the new brand's rollout. I have illustrated several Raider Red characters. I have loved Raider Red since I was a little girl. I never missed Dirk West's cartoon TV show in the afternoon.

Did you ever imagine being at Texas Tech this long?
I can't believe I have been here so long. I knew I wanted to work nowhere else since those first student assistant positions, especially working at the museum.

What's the secret to maintaining a career for so long?
There are several things:
• You have to love what you do.
• You have to love education; that's what we sell.
• Following the golden rule is always a good idea.
• But mostly, be kind.

Any advice for someone who is just starting their career at Texas Tech?
Hang on to your job! You will never find a better place to work. Where else can you have almost two weeks off during the holidays?

On the serious side, get involved; join organizations; accept mentorship; be a mentor. Take classes! It is the best benefit offered at Texas Tech.

What kinds of changes have you seen during your time at Texas Tech?
Just about everything has changed. When I entered the university, we were in a growth period. We had to dodge construction sites all over the place. But that growth was tiny in comparison to now. I have witnessed Texas Tech grow from an excellent regional college to a top research university.

What have you enjoyed the most about being a Red Raider?
The intense loyalty to the university. I get an electric shock when I am far from home, in an airport or on the road and I see a Double-T. The other person is just as excited. It is a secret, special club.

Do you have a favorite Texas Tech memory or tradition?
My favorite tradition is all of them! No, it is the Carol of Lights®, hands down. My first experience with Carol of Lights® was in college. A bunch of my friends and I went to the event, then went to my house and we had a Christmas party and decorated a tree. It was magical.

What's your favorite residence hall and why?
Horn Hall is my sentimental favorite. I lived there as an undergrad for a while. Aesthetically, my favorite is West Village. I would live there.

What are your plans for the future?
It is no secret I am thinking of retiring. I have so many hobbies that need attention. My family needs my attention. I just haven't decided what the date will be.

Is there anything else you'd like to say?
Raider Power!

University Student Housing also is committed to creating a greener campus with its "Guns Up, Green Up!" recycling pledge. Housing encourages students to participate in its sustainability efforts by reducing waste and recycling at the Texas Tech Recycling Center.