Inside the Tornado: A Look at VorTECH 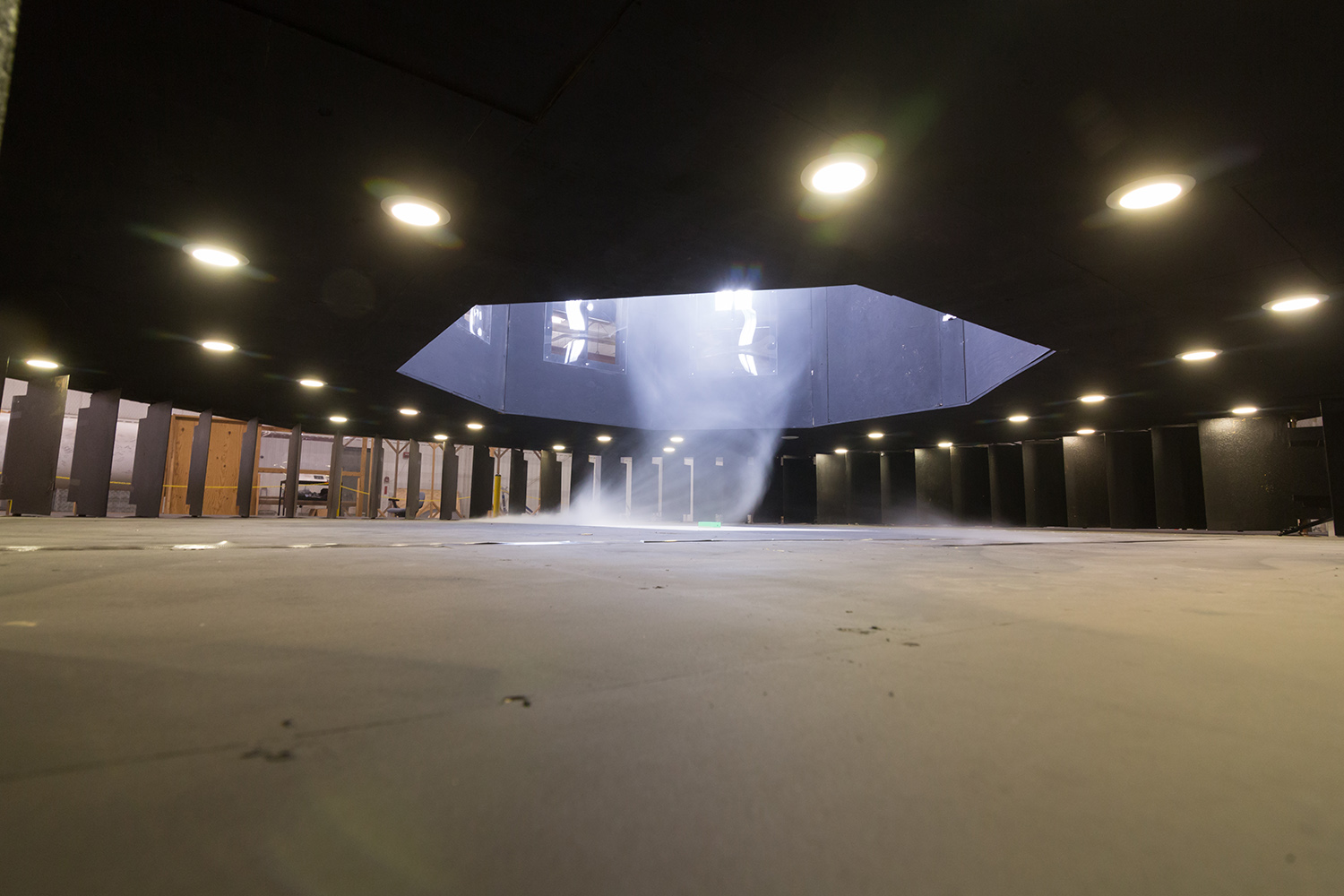 (VIDEO) The research facility simulates tornadoes and collects data to better understand how they interact with, and damage, structures.

Weather-related incidents have been popular antagonists in films. Tornadoes have been featured in several movies, from cows flying through the air in "Twister," a house falling on the Wicked Witch of the East in "The Wizard of Oz" to the utter ridiculousness of sharks whirling around in "Sharknado." One thing these movies do get right, though, is just how powerful, dangerous and deadly these weather events can be.

Lubbock is no stranger to the devastation tornadoes can cause. A massive EF-5 tornado tore through the city in 1970, leaving 26 people dead and a trail of damage and rubble in its wake. Texas Tech University, however, has since taken that disaster and used it as research inspiration.

The university's VorTECH facility simulates tornadic winds that scale up to 150 mph – in the mid-Enhanced Fujita Scale three (EF3) range or less to help improve the stability and enhance the safety of structures to better withstand the strong winds that come with tornadoes.

Darryl James, vice provost for institutional effectiveness; Delong Zuo, an associate professor of civil, environmental and construction engineering in the Edward E. Whitacre Jr. College of Engineering; and the technical direction of wind engineering of the National Wind Institute team, together, lead the facility.

Recently, the VorTECH facility has undergone a few upgrades that will better enable James and Zuo to improve fundamental understanding of tornadic wind loading, which can lead to suggestions for building codes that will help buildings and homes withstand wind-related weather events.

The VorTECH facility is able to simulate tornadoes and tornadolike wind in a safe, research-friendly setting.

"We aren't generating real tornadoes, but many of the most important characteristics of the wind that we generate in the facility are very similar to what we observe in real tornadoes," Zuo said. "I think we all know that tornadoes cause a lot of damage to homes and other buildings, other structures and infrastructure. So, we try to conduct research to mitigate this type of devastation to society.

"Tornadoes actually cause the most insured damage per year. It's more than hurricanes and much more than earthquakes. So, it's a major natural hazard that we have to deal with."

In the movie "Twister," the storm chasers' goal was to have a tornado "pick up" their sensors so they could gather data to better understand how a tornado works and what all is happening inside. While that is an ideal method of assessing a tornado, it's definitely not realistic.

"The reason why you need the large size is because, when you try to scale building models, the size of the simulated tornado is related to the size of the updraft hole where all the vorticity is concentrated," James said. "So, we need something very large there for us to be able to do reasonable model scaling."

One recent update to the VorTECH simulator is a moving floor. This conveyor belt-esque floor allows the simulated tornado to move small-scale models at different speeds, mimicking how real-life tornadoes may pass over houses or other buildings.

"From a fluid mechanics standpoint, whether the tornado moves through by the building or whether the floor moves across the tornado, the wind loadings are going to be similar," James said. "We have controls to ramp up the floor to different speeds. So, the floor can go very slow for something that was simulating a very slow-moving tornado moving across an object, and it can go very fast to simulate a fast-moving tornado."

How a fast, slow and at what direction a tornado moves can affect how much destruction the storm causes, Zuo said. This is one reason VorTECH hired a Dallas-based company to help create the software for a data acquisition system.

"We have to try to capture what is the physics behind the tornado," Zuo said. "That's the reason why we installed a moving platform. But, that also creates a lot of challenges. That's where the company in Dallas comes in. When you move the tornado simulator you have simulated a tornado, and your building model is moving with the platform. It is like a tornado is moving past your house or these buildings. But, you need to know where the building is relative to the tornado, and at the same time, what is the pressure acting on your building?

"The pressure is what damages or destroys your home or the buildings. So, we need to know where the building is and how much pressure is on it. We need to, somehow, very precisely correlate and synchronize these two measurements. The precision we need is down to microseconds because we are working with scaled building models."

VorTECH also began collaborating with Japan-based Central Research Institute of Electric Power Industry (CRIEPI) after the Fukushima Daiichi nuclear disaster in 2011 when a tidal wave ripped through the city and destroyed a lot of its nuclear capabilities.

"After that disaster, the Japanese government insisted they start looking at the effects of natural weather on all their power generating, whether it be nuclear wind or whatever they do over there," James said. "So, they needed to start evaluating the impact of tornadoes, particularly on their nuclear power plants."

The work James, Zuo and the rest of the VorTECH crew do has the potential to impact more than just commercialized buildings. The knowledge they are gaining using the moving floor and new data acquisition system will impact residential buildings, too.

"Homes are not an engineered structure, so most municipalities will adopt building codes based on certain engineering fundamentals," James said. "For wind loading on external structures, that is based on the American Society of Civil Engineers-seven (ASCE-7, Minimum Design Loads for Buildings and Other Structures) codebook. Right now, there is no code for a home to try to withstand tornadolike flow. It's for straight-line flows like you have in thunderstorms, but nothing for a tornadolike flow.

"One of the important things is, we try to understand the differences between straight line or synoptic atmospheric boundary layer-like flows and non-synoptic tornado flows. Then, we can, perhaps, create design requirements that will be adopted into building codes that will make a home more weatherproof."