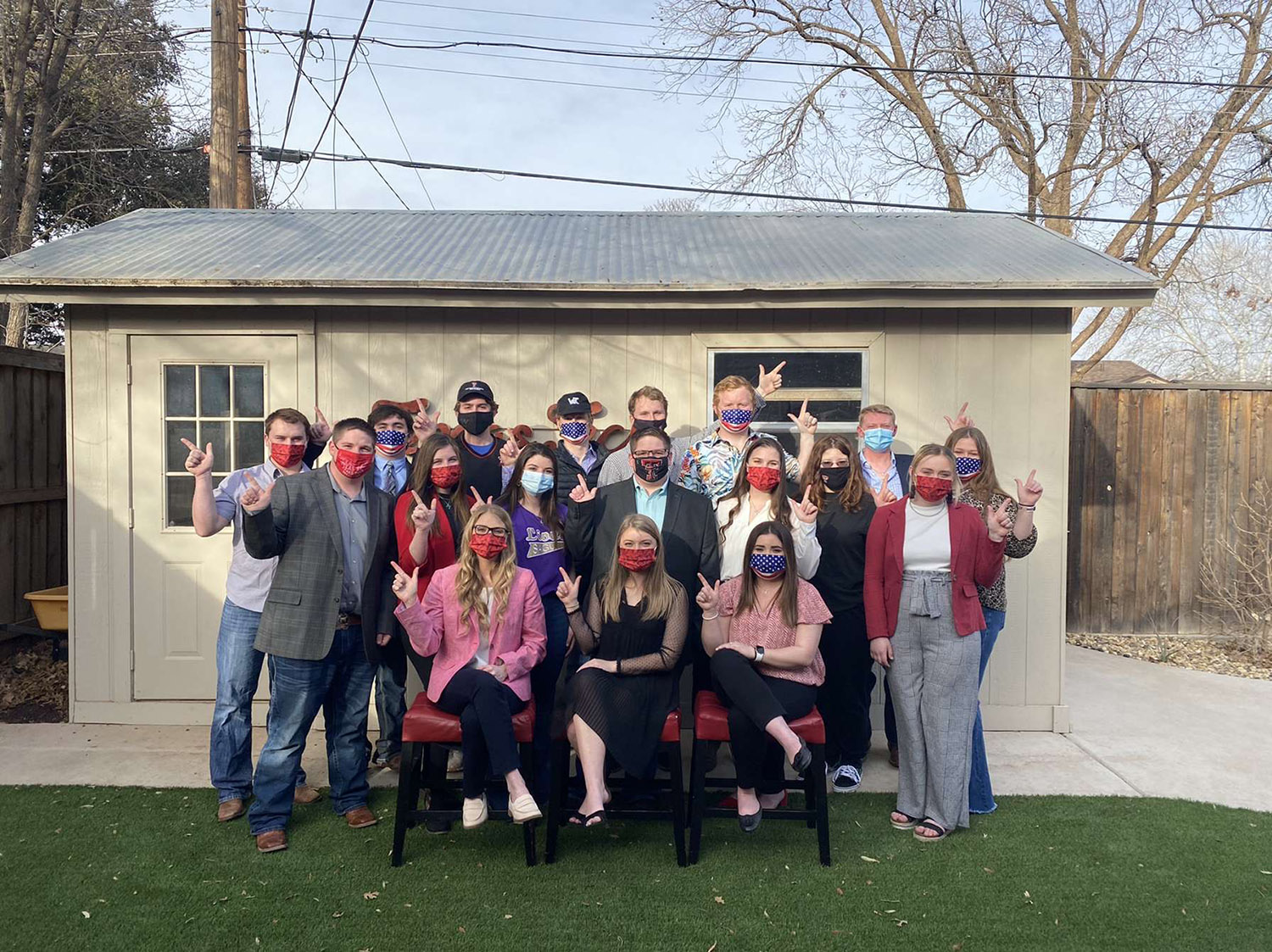 The team from Texas Tech took first place in all three judging contests held this semester.

Led by a strong showing from three different squads, Texas Tech University's Meat Judging Team, housed in the Department of Animal & Food Sciences in the College of Agricultural Sciences & Natural Resources, completed the spring sweep with a victory at the Houston Livestock Show and Rodeo Intercollegiate Meat Contest held at Martin Preferred Foods.

The victory gives the team from Texas Tech victories in all three meat judging contests held this spring, joining the wins at the AMSA Mountain West contest on Jan. 17 and the Lonestar Classic Youth & Collegiate contest on Feb. 6 in Ennis.

"I am so thankful for the opportunity to be at Texas Tech and to be a Red Raider," said Mark Miller, coach of the Meat Judging Team and the San Antonio Stock Show and Rodeo Distinguished Chair in Meat Sciences. "I am blessed to have the opportunity to work with this very special set of coaches and students. They have a humble heart and amazing work ethic in their pursuit of excellence and honor while helping each other so unselfishly. I am so proud of them and the wonderful way they represent Texas Tech University. They have great faith, which carried them to the victory."

For the Houston competition, schools were allowed to enter multiple teams. Texas Tech submitted a Red and Black team, both of which finished in the top four, while several members completed as alternates and finished 18th overall.

The Red team led the way for Texas Tech with a first-place finish and 4,228 points, while the Black team finished fourth with 4,137 points. In between, the Kansas State University Tigers finished second with 4,218 points, and the Colorado State Green team finished third with 4,175 points.

Once again, Texas Tech's victory came thanks to its domination in the individual categories. The Red team finished first in beef grading, beef judging and overall beef; third in specifications, total placing and reasons/questions; and fifth in pork judging. The Black team took second in pork judging and reason/questions, fourth in specifications and fifth in lamb judging.

Preston Twilligear put together his second straight top-five finish, coming in fourth with 1,063 points. The Hondo native finished second in overall beef, fourth in total placing, fifth in beef judging and eighth in specifications while competing for the Red team.

Rounding out the individual top 10 finishers for Texas Tech was Black team competitor Grace Parker, who finished 10th with 1,051 points. She took fourth in lamb judging, fifth in total placing, eighth in pork judging and ninth in reasons/questions.

Texas Tech's alternate team had two outstanding individual performers. Dayton Wood, a native of Cumby, placed in the top 10 in six different categories to take third place overall with 1,065 points, with a high of second place in lamb judging. Shelby Kinsey from Lockhart finished in the top four in four categories, finishing first in beef judging and third in both lamb judging and total placing.