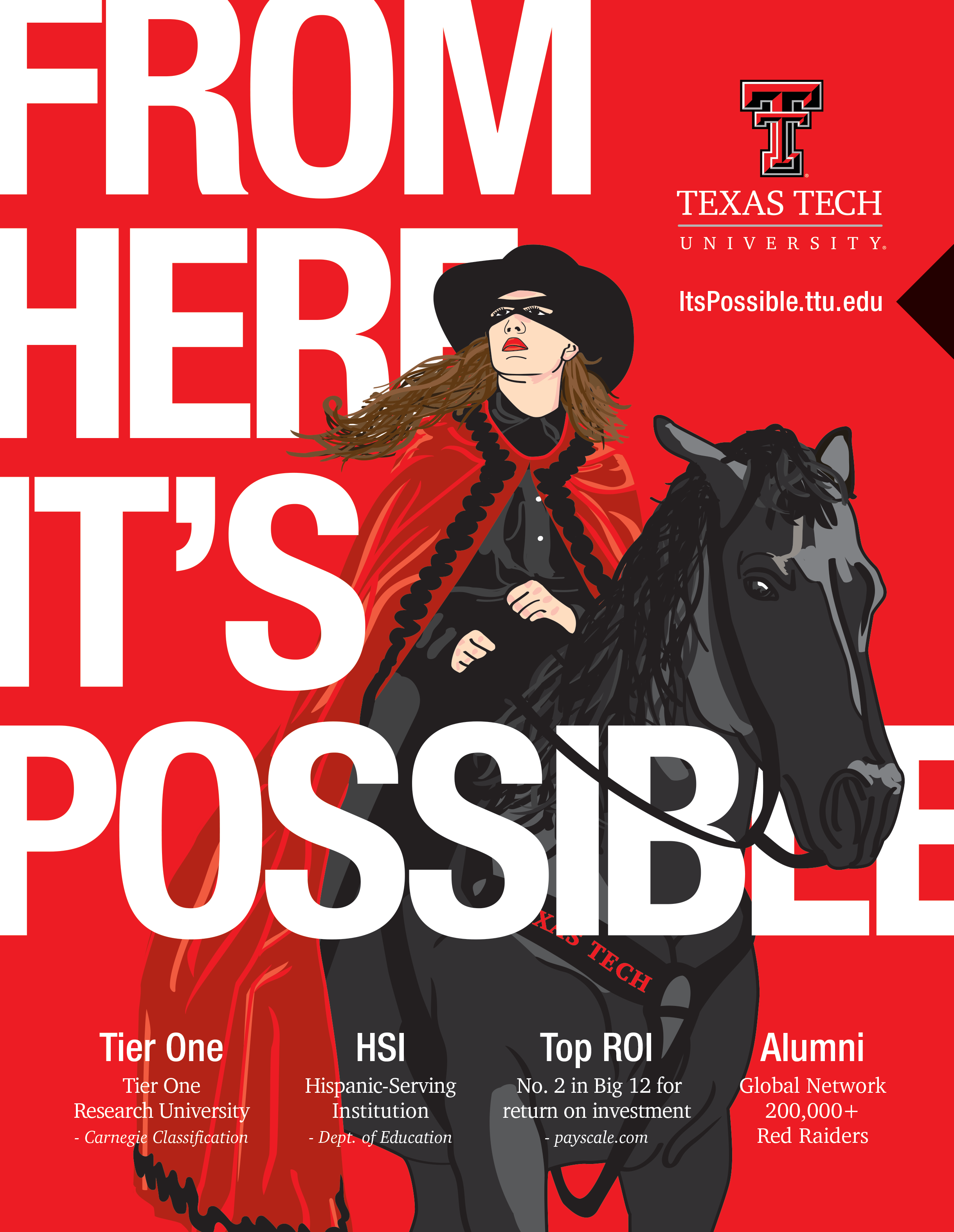 The awards honored the work done by the office in promoting the vision, history and research being conducted at Texas Tech.

CASE – the Council for Advancement and Support of Education – is dedicated to the promotion of alumni relations, communications, development, marketing and advancement services to improve and enhance higher education that transforms lives and society. The CASE Awards highlight the tremendous work being done by those at colleges and universities to help in that cause. District IV/Southwest represents work done by colleges and universities from Arkansas, Louisiana, New Mexico, Oklahoma and Texas.

"The passion to tell the story of Texas Tech through written and visual communication is something that is shared by our entire team," said Matt Dewey, Chief Marketing and Communications Officer. "These awards demonstrate the creative talents of our entire staff, and we are honored to be recognized by CASE and encouraged to find compelling stories and exciting ways to tell them."

Entries into the CASE District IV Awards were submitted by CASE member institutions, of which Texas Tech is one, for works completed between June 30, 2019, and Aug. 20, 2020. Awards are designated by three levels – gold, silver and bronze.

Texas Tech received three gold awards in design, marketing and special events coverage. The design award was for an illustration done by graphic designer Armando Godinez for the event Hip Hop as Protest, a roundtable discussion held by the Department of English. The marketing award was presented to senior art director Veronica Medina for an advertisement published in Texas Monthly promoting the university's motto, "From Here, It's Possible,"™ for the Texas Tech Office of Communications & Marketing.

The special event coverage was a team effort that highlighted Texas Tech's coverage of the 50th anniversary of the 1970 tornado that struck Lubbock. That effort included a special commemoration; a microsite featuring four stories, a then-and-now photo gallery and two videos; hosting an all-day social media campaign using Facebook and Twitter, promoting the stories and microsite earlier in the day and, throughout the evening, tweeting the warnings and events that led up to the tornado at the exact times they happened; and a livestreamed memorial bell-ringing at the time the deadly second tornado touched down.

The two bronze awards were given to Watson in the General News category for his story highlighting the groundbreaking ceremony for the Texas Tech University School of Veterinary Medicine in Amarillo; and Young for her feature on Texas Tech alumnus Ronnie Green and his path from All-American sprinter to hosting his own television fishing show.

Office of Communications and Marketing

The Communications and Marketing team is part of the President's Office, helping Texas Tech tell its story to the rest of the world.