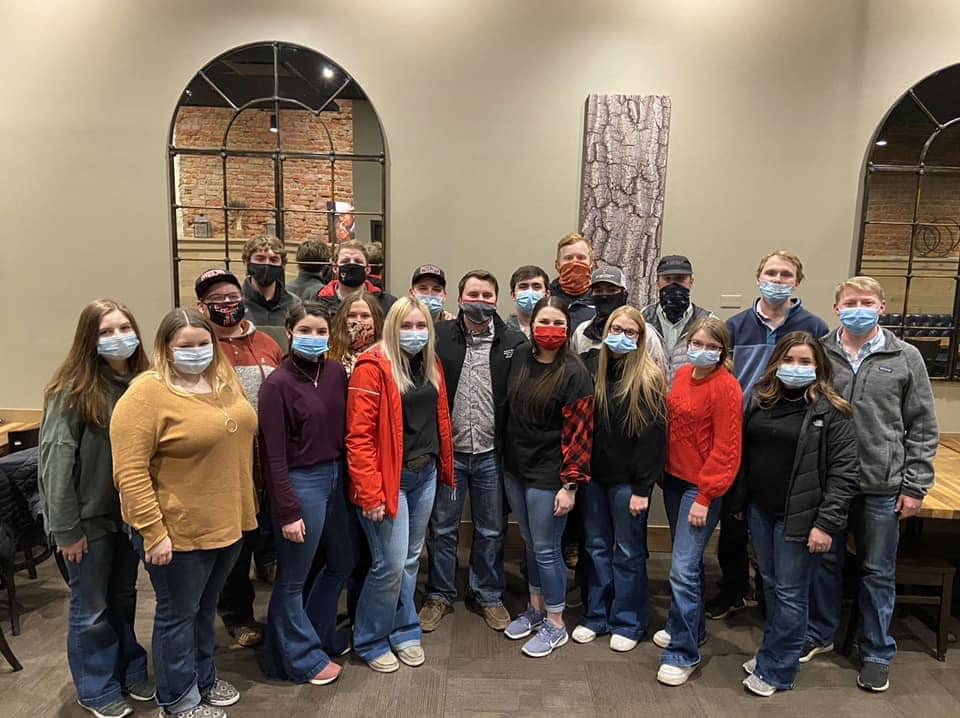 The AMSA Mountain West Intercollegiate Contest was held in lieu of the normal season opener in Denver.

Due to COVID-19 restrictions and protocols, the Mountain West meet was held in place of the traditional January opener, the National Western Stock Show in Denver.

"The students are an awesome team who worked extremely hard with humility and pursued excellence at a high level," said Mark Miller, coach of the Meat Judging Team and the San Antonio Stock Show and Rodeo Distinguished Chair in Meat Sciences. "They represented Texas Tech University well."

Texas Tech's victory came from its first-place showings in beef judging, specifications and reasons/questions, and a fourth-place finish in overall beef.

Pacing the Texas Tech contingent was Cassie Bendele. The Hondo native finished third overall with 1,010 points. Her highest finish came in specifications where she took second with 97 points. She also finished in the top 10 in beef judging, overall beef and specifications.

Caleb Kunde from Marion rounded out Texas Tech's top 10 overall finishers, coming in 10th with 998 points. His highest finish was fourth place in pork judging, and he also finished in the top 10 in specifications and reasons/questions.