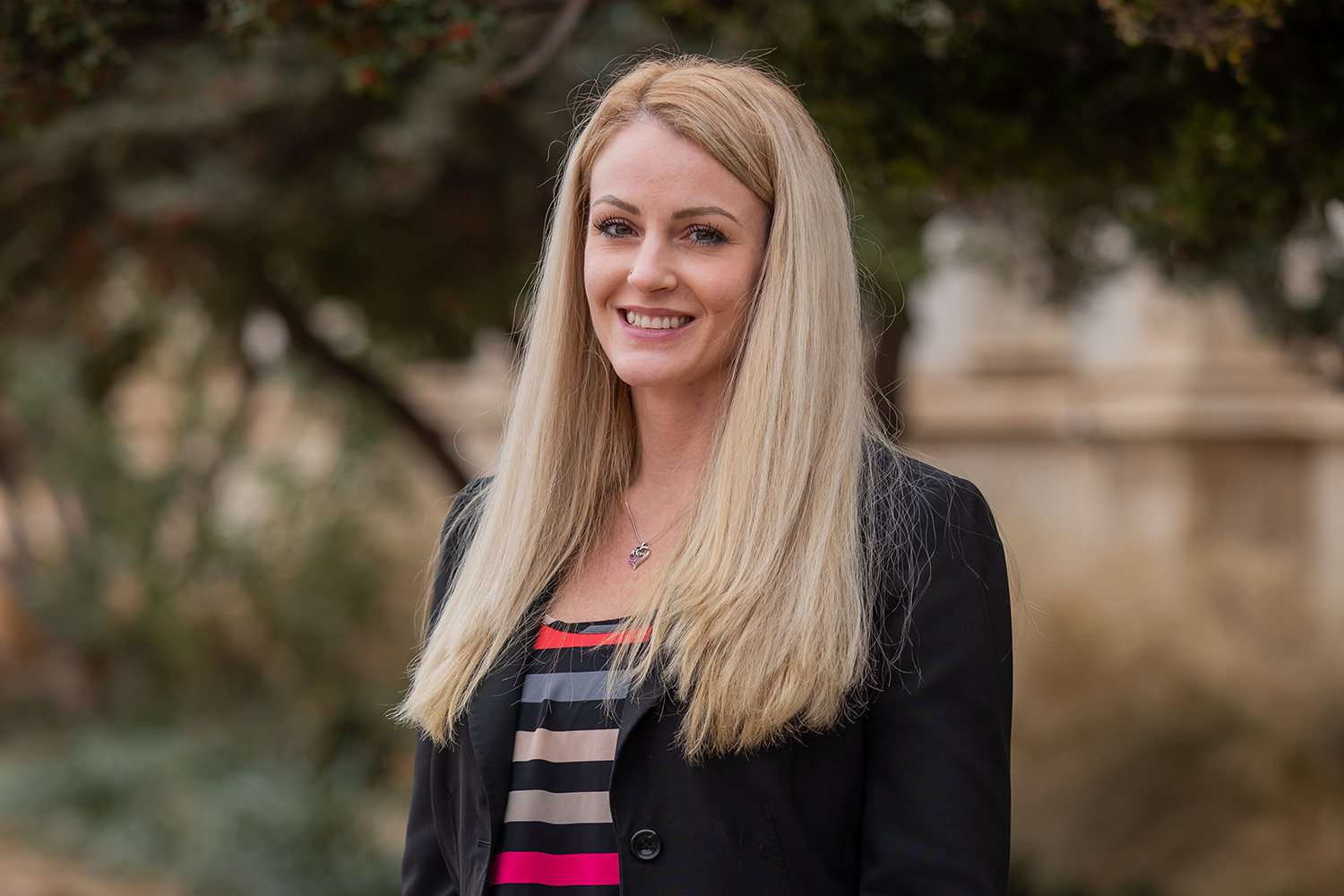 Texas Tech University's Division of Diversity, Equity & Inclusion (DDEI) has named Sierra Mello-Miles as the new director of Military & Veterans Programs (MVP) after a national search. Miles replaces Debra Crosby, who retired in December after 34 years of service to the university, including nine with the MVP office and two as its director.

"We chose Sierra for this role not just because of her experience, but also her knowledge of the issues experienced by our MVP participants that reflected her preparation to take on the leadership of this unit," said Carol A. Sumner, Texas Tech chief diversity officer and vice president of DDEI. "We are beyond ecstatic she has joined the team as quickly as she has. She has jumped in with both feet, and we look forward to her leadership and participation in the work so very important to our community."

Originally from Alaska, Mello-Miles joined the U.S. Army in 2001 and served in Operation Iraqi Freedom during 2003 and 2004. She earned her Bachelor of Science in business management in 2008 and Master of Business Administration in 2010, both from the University of Phoenix. From 2006-2008, she worked within the university's military department.

Mello-Miles is a licensed funeral director and embalmer, and led Gunderson Funeral Homes in Madison, Wisconsin from 2012-2017. She joins Texas Tech after more than three years as a veteran's service representative at the U.S. Department of Veterans Affairs in Milwaukee.

"Texas Tech has a long-standing reputation as a military-friendly school, and I'm honored to be here," Mello-Miles said. "This position of MVP director perfectly marries my two passions of higher education and serving military-affiliated members and their family members."

In her new role, she said she hopes to increase engagement and connections within the MVP community at Texas Tech.

"I want students to know what programs we offer and exactly how to reach us to get help with challenges they're facing," Mello-Miles said. "This includes not only challenges utilizing their education benefits, but also challenges specific to the transition from military life. We will be expanding our programs in the relentless pursuit to better serve our MVP students."

Mello-Miles' first day at Texas Tech was in early December, giving her the chance to learn about the MVP office from Crosby before the latter retired shortly before the winter break.

Crosby began her career at Texas Tech in 1982, handing out registration packets at student orientation, just two weeks after her own graduation from Lubbock's Coronado High School. She served as the veterans' coordinator working with Vietnam veterans at Angelo State University from 1983-1985 and returned to Texas Tech in 1987. She was appointed veteran's coordinator in 1994 and assistant registrar for veteran's affairs and Texas Success Initiative compliance in 2007. When the MVP office was established in 2010, Crosby served as section coordinator, followed by various leadership roles within the office until her appointment as director in September 2018.

"I would be remiss if I didn't take a moment to thank Debbie for all of her service and leadership over the past 34 years," Sumner said, "and for the search committee's work in filling this role."

For more information about the MVP office, visit the website.