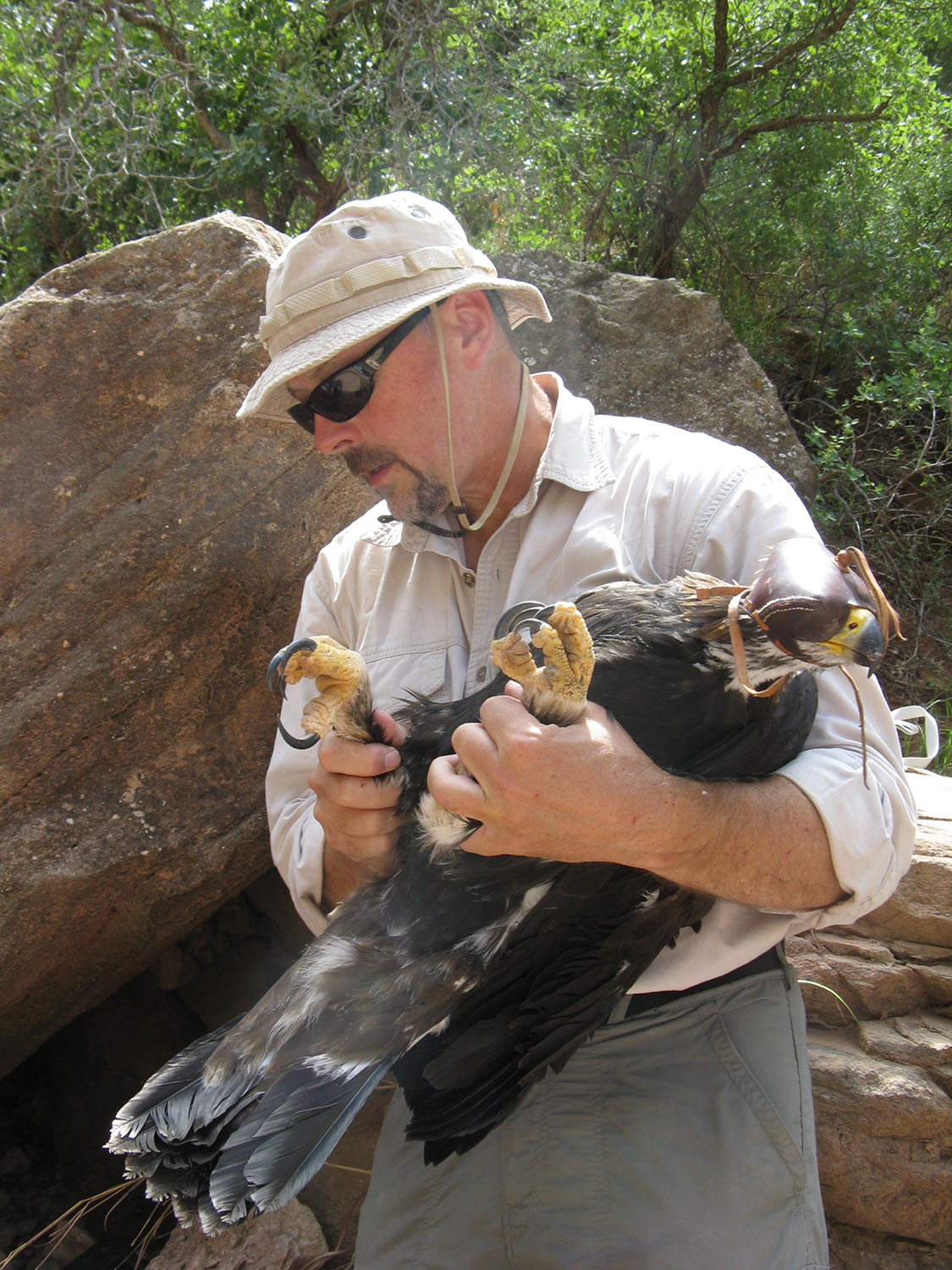 Clint Boal was selected for the 2020 President’s Award in recognition for his service to the foundation.

Clint Boal, a professor with the Department of Natural Resources Management at Texas Tech University and assistant leader of the United States Geological Survey's (USGS) Texas Cooperative Fish and Wildlife Research Unit in Lubbock, has been selected to receive the 2020 President's Award from the Raptor Research Foundation.

The President's Award was announced in late December by Libby Mojica, the organization's president and a wildlife biologist with EDM International, in recognition and appreciation of exceptional service to the foundation.

"This really came as a surprise," Boal said. "I'm quite dedicated to the Raptor Research Foundation, and it is really very gratifying to be recognized in this way."

The Raptor Research Foundation is the world's largest professional society for raptor researchers and conservationists. Founded in 1966 as a non-profit organization, its primary goal is the accumulation and dissemination of scientific information about raptors, birds of prey that hunt and feed on vertebrates.

Other recent honors for Boal include The Wildlife Society's 2020 W.L. McAtee and G. V. Burger Award for Outstanding Service as an associate editor, along with the Raptor Research Foundation's 2019 Fran & Frederick Hamerstrom Award, the most prestigious award presented by the group. It is given in recognition of an individual who has contributed significantly to the understanding of raptor ecology and natural history.

Boal has authored or co-authored more than 120 peer-reviewed papers and given 200 professional presentations focused on ecology, conservation and management of wildlife species. He has edited two books, chaired two international symposiums and served in several governing capacities for ornithological societies, including past service as president of the Raptor Research Foundation.

He has more than two decades of research projects focused on conserving and understanding wildlife, with an emphasis on avian species. Recently, he co-edited the book "Urban Raptors: Ecology and Conservation of Birds of Prey in Cities" with independent researcher Cheryl Dykstra. Boal's other book, "Ecology and Conservation of Lesser Prairie-Chickens," co-edited with David Haukos from the USGS Kansas Cooperative Fish and Wildlife Research Unit, won the Scientific Book of the Year Award in 2018 from the national and Texas chapters of The Wildlife Society.