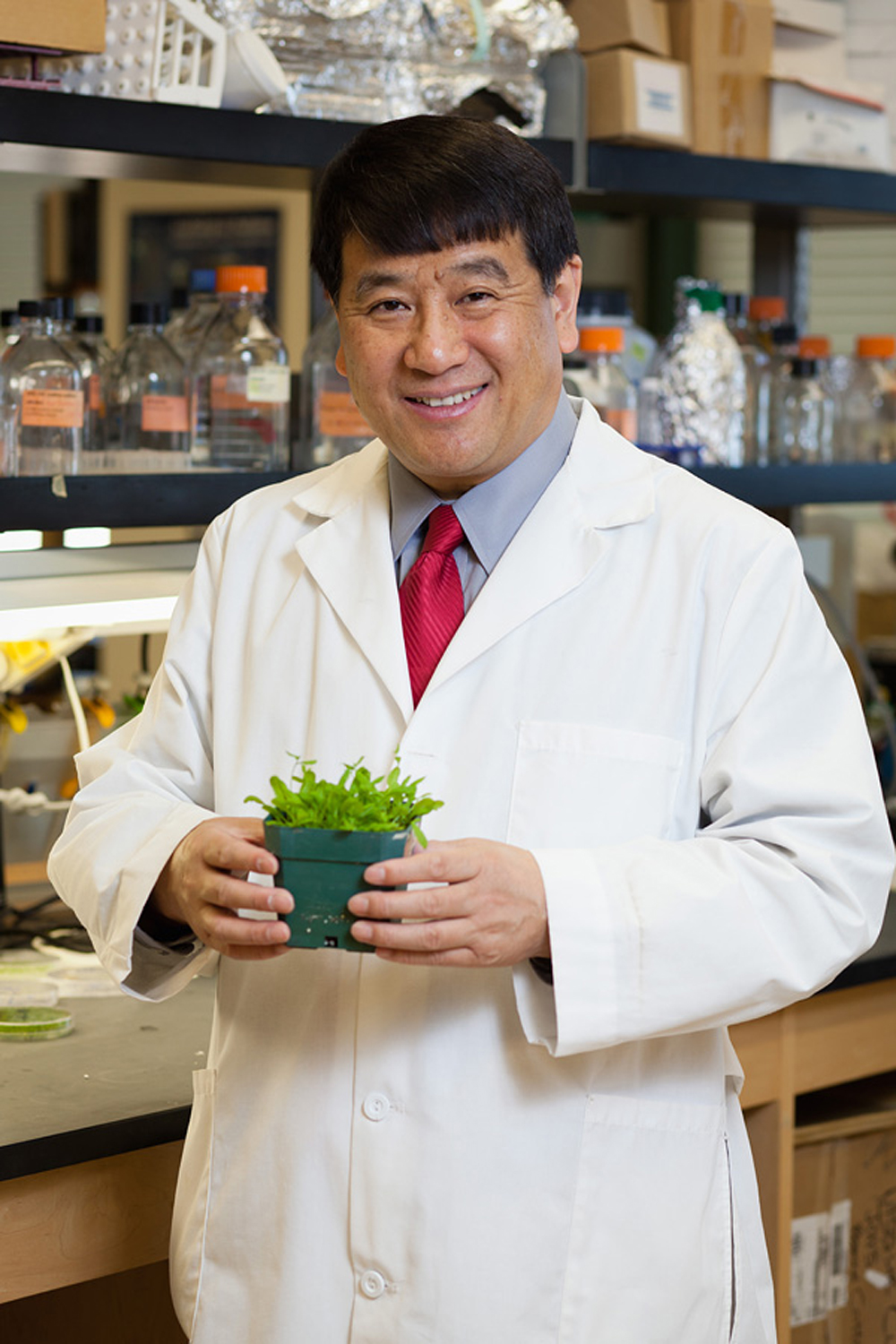 Hong Zhang believes the results can be applied to other crops, such as wheat, rice and corn.

It's dry in West Texas.

According to the National Integrated Drought Information System, Lubbock County is in extreme drought, while counties just west of Lubbock are in the worst level of droughts, exceptional drought. That means there is exceptional and widespread crop and pasture losses, and shortages of water are creating water emergencies.

One group of Texas Tech University researchers has found a way to double fiber yield for cotton in semi-arid areas like that of West Texas, where drought, heat and salinity are working against farmers.

Hong Zhang is a professor of Plant Molecular Biology and Plant Biotechnology at Texas Tech. A few years ago, his group published a paper showing that he could increase cotton yield by 35%-40% in dryland conditions.

But he has continued to work on different genetic changes to cotton that could lead to even better results, and a new paper published in "Plant Biotechnology Journal" in September details those results. During Zhang's first year of experimenting with a new set of genetic modifications, the fiber yield from cotton crops was up 133% from that of wild-type cotton in the West Texas dryland conditions. That year was particularly dry, he said, but the following year, there was a lot more rain. The yield increased by 81% during the wetter year.

"Eighty percent is still huge," Zhang said enthusiastically during a recent interview, noting that a 20%-30% increase is usually considered a great improvement. "It's a dramatic improvement, but we can make a much bigger improvement."

The research was conducted by overexpressing two different genes, the AVP1 and OsSIZ1.

Zhang said the results were highly consistent, and can be repeated, but he still hopes to do a larger field test. He said there is also no downside to turning up these genes – even if there is a great rainy season, the plants still produce more and would not produce less due to the gene modifications.

Cotton is king in West Texas, but Zhang said he believes the results can be applied to other crops, such as wheat, rice and corn. The two genes that were overexpressed are present in every plant.

Farmers in countries with a lack of water and high summer heat could use this to feed their people.

But right in the Lubbock area, Zhang said this sort of technology could dramatically revolutionize the agricultural industry. This is important because the Ogallala Aquifer that Lubbock sits over is drying up.

"This is why our research is so important, because we can save water," Zhang said. "Water is the No. 1 limiting resource in the agricultural industry."

"If we can save that, imagine what impact that will have on nature, our motherland, our Earth," Zhang said. "It has a big implication."

While he is working on a larger-scale field test on this combination of genetic modifications, he said researchers at Texas Tech are also working on other genes that could possibly make plants even more hardy. Zhang said he has six students studying more than 20 different genetic combinations, and he would like to see even better results in the future.

Additionally, he would like to test the same genetic modifications on corn and sorghum soon. Sorghum, an extremely drought-tolerant plant, could be tested sooner, he said.

Zhang said as a student in high school, he wanted to work on things that would one day be meaningful to humanity. At one point, he dreamed of finding a cure for cancer. But he also saw the need to improve crop yields as a young man, and eventually he chose to work on the world's need for more food with less water and fertilizers.

"I am optimistic, because I think that some compilation of these genes that we've created will become applicable," Zhang said. "Texas Tech gave me this opportunity to do this research here on this campus. If we can do something, that is great. We are paying back to our community and our state. This is what we do, help our society, help human lives. I am very proud of our research here."