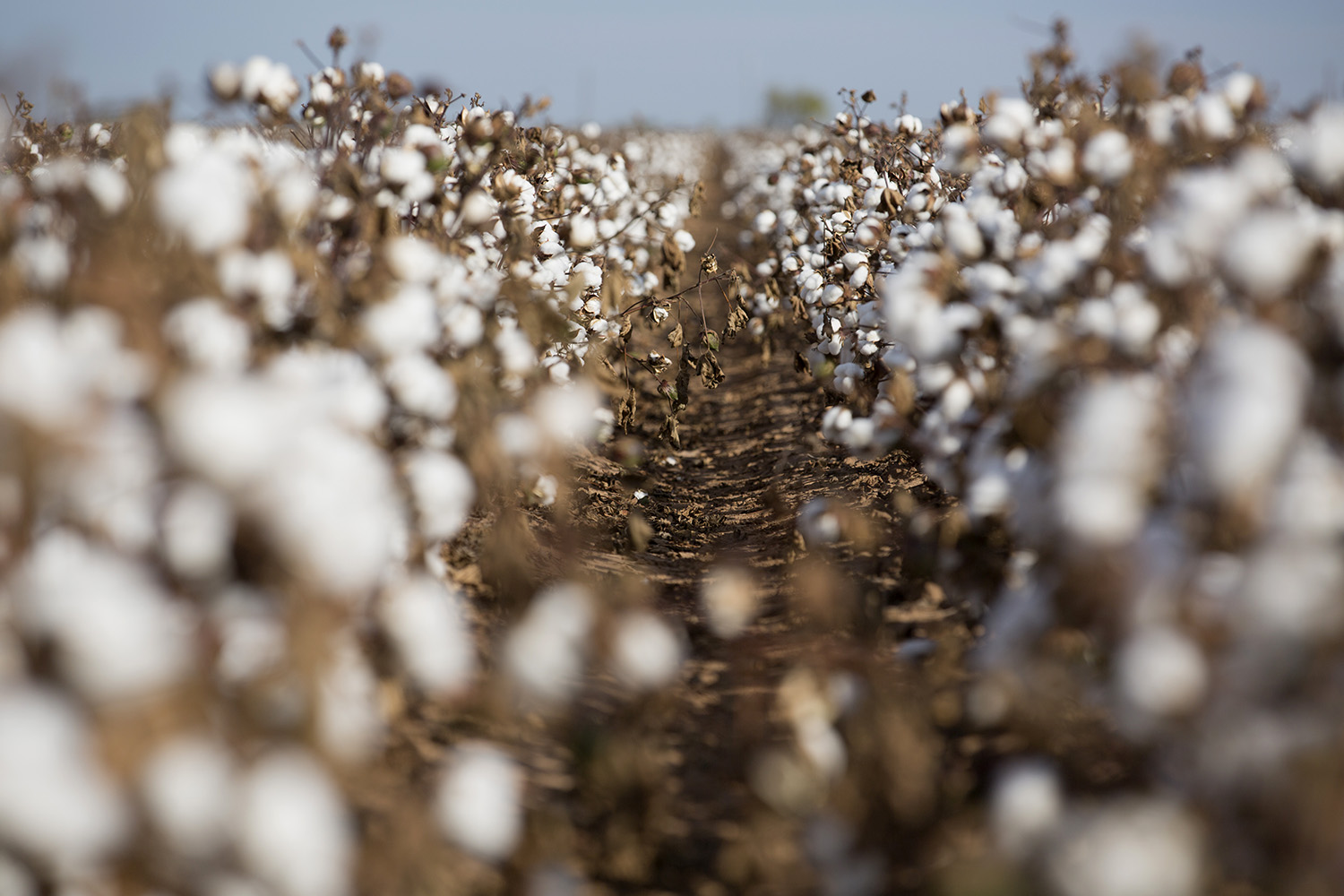 The study showed how improvements in breeding have altered how nutrients are distributed throughout the cotton plant, which can help farmers develop a more targeted strategy during growing season.

The last 30 years have seen tremendous technological and biological advancements in the cotton industry, resulting in growing yields each year – depending on the weather – that has helped boost the industry worldwide.

The development of herbicide-tolerant and insect-resistant cotton cultivars through breeding has brought about not only increased yield but better management practices by farmers that has shifted from treating for pests to improving irrigation efficiency and maximized lint quality.

One area that hasn't changed, however, is the understanding of how cotton absorbs nutrients, with producers still using the same methods that have been in place for decades. But a group of Texas Tech professors is hoping to change that.

"As a new assistant professor, I began reviewing literature related to cotton nutrient requirements and noticed that the literature was extremely outdated," said Katie Lewis, an associate professor of soil chemistry and fertility in the Department of Plant and Soil Science at Texas Tech University with a joint appointment with Texas A&M AgriLife Research. "I realized at this point this was something I wanted to do because of the potential impacts it could have on the cotton industry and more specifically farmers."

The work of Lewis, along with graduate student Irish Lorraine Pabuayon and Plant and Soil Science chair and associate professor of crop physiology Glen Ritchie, in this area was recently published in the paper, "Dry Matter and Nutrient Partitioning for the Past 30 Years of Cotton Production."

The results suggest the current fertility of cotton can be underestimated in regard to nutrient intake during the middle and latter part of the growing season as well as the laying out the potential for optimizing nutrient application to optimize growth.

"Based on the results from the research, application rates of most nutrients can be reduced and can be applied later into the season," Lewis said.

Added Pabuayon, "The application of fertilizers based on updated recommendation rates and timings that match the crop's nutrient demand across the growing season can improve yield output as well as nutrient use and cost efficiencies."

Lewis estimates the average lint yield of cotton produced in the U.S. is 1.5 times better than it was 30 years ago. Most of that is due to improvements in irrigation and weed and pest control. Ritchie added that the number of acres where the most efficient irrigation methods are implemented increases each year, and producers are using fewer inputs.

But because of time, labor and cost restraints, updating nutrients requirements and fertility management has not kept up with other production improvement measures. Most common in this is nutrient intake and partitioning.

The most common nutrients applied to cotton include nitrogen, phosphorous, potassium, calcium, magnesium and sulfur. Plants take these nutrients in through the roots then partitioned, or distributed to different parts of the plant, such as vegetative and reproductive structures.

"Early in the season, cotton plants put most of the carbohydrates they produce through photosynthesis, and most of the nutrients they take up through soil water into the roots, stems, and leaves," Ritchie said. "As the plants begin to produce fruit, they compartmentalize more and more of these carbohydrates and nutrients into the developing bolls. The plant even begins to break down chemicals and tissues in other parts of the plant to provide materials to make the fruit. As a result, the plant funnels every possible bit of energy and nutrients into the fruit."

For this study, researchers chose commonly planted varieties of cotton from Paymaster, Deltapine and FiberMax representing various time periods from the 1990s, 2000s and 2010s and planted all three varieties during 2018 and 2019. Paymaster HS26 was released in 1995, FiberMax 98 was released in 2000 and Deltapine 1646 was released in 2016. All varieties produce high-yield, high-quality cotton cultivars comparable to those from other seed companies but have different growth habits.

In terms of precipitation, more was received in 2019 than in 2018 due to several rainfall occurrences after planting, followed by subsequent drought and high temperatures during the middle of the growing season, causing stress on the plants at the beginning of the reproductive season. This led to more favorable growing conditions at critical stages of development in 2018 than in 2019.

As a result, the more modern cultivars tested in this research were able to partition a greater percentage of dry matter (yield without water content), nitrogen, phosphorus and potassium into the fruit than older cultivars, which emphasized the need for partitioning to increase cultivar production potential.

There also was an increase in the amount of sulfur partitioned to the leaves, potentially contributing to sustained plant growth and improving lint yield due to its role in protein, enzyme and chlorophyll synthesis. The uptake and partitioning of magnesium and calcium were similar to the levels seen in the 1990s.

"With greater yield potential, plants require greater nutrients," Lewis said. "However, because plants have been bred to be more efficient, they require lesser amounts of nutrients per pound of yield produced. This is referred to as the nutrient index."

Because modern cultivars are more efficient in the uptake and partitioning of nutrients, they are able to retain more fruit earlier in the growing season, resulting in more fruit and less stems and leaves. Management practices can now adjust to further increase this fruit production since plants can produce more with less nutrient application.

"The improvements made in the areas of genetics and management technologies led to the development of newer cultivars that shift their resource allocation priorities such that allocation of each essential element to the fruit is favored at the expense of more leaves and stems," Pabuayon said. "The application of fertilizers based on updated recommendation rates and timings that match the crop's nutrient demand across the growing season can improve yield output as well as nutrient use and cost efficiencies."

This could potentially be a major breakthrough for the cotton farming industry, allowing farmers to produce higher yields with less or more targeted treatments, thus reducing costs. Pabuayon said that as soon as a functioning fertilizer recommendation plan is established based on these findings, producers can use these plans for existing and future production systems.

Lewis said she plans on conducting a similar study every 10-15 years so that the literature and knowledge in this area continues to be evaluated and distributed to producers. She also wants to evaluate fertilizer application rates and timings based on these results to ensure improved use efficiency.

"Future directions can focus on expanding the reach of this study to other locations outside the region and to crops other than cotton," Pabuayon said. "Information about the actual fertilizer rates and timings that are being adopted by producers throughout the state can be collected and can be used by researchers and extension specialists to tailor the updated recommendation as site-specific as possible."