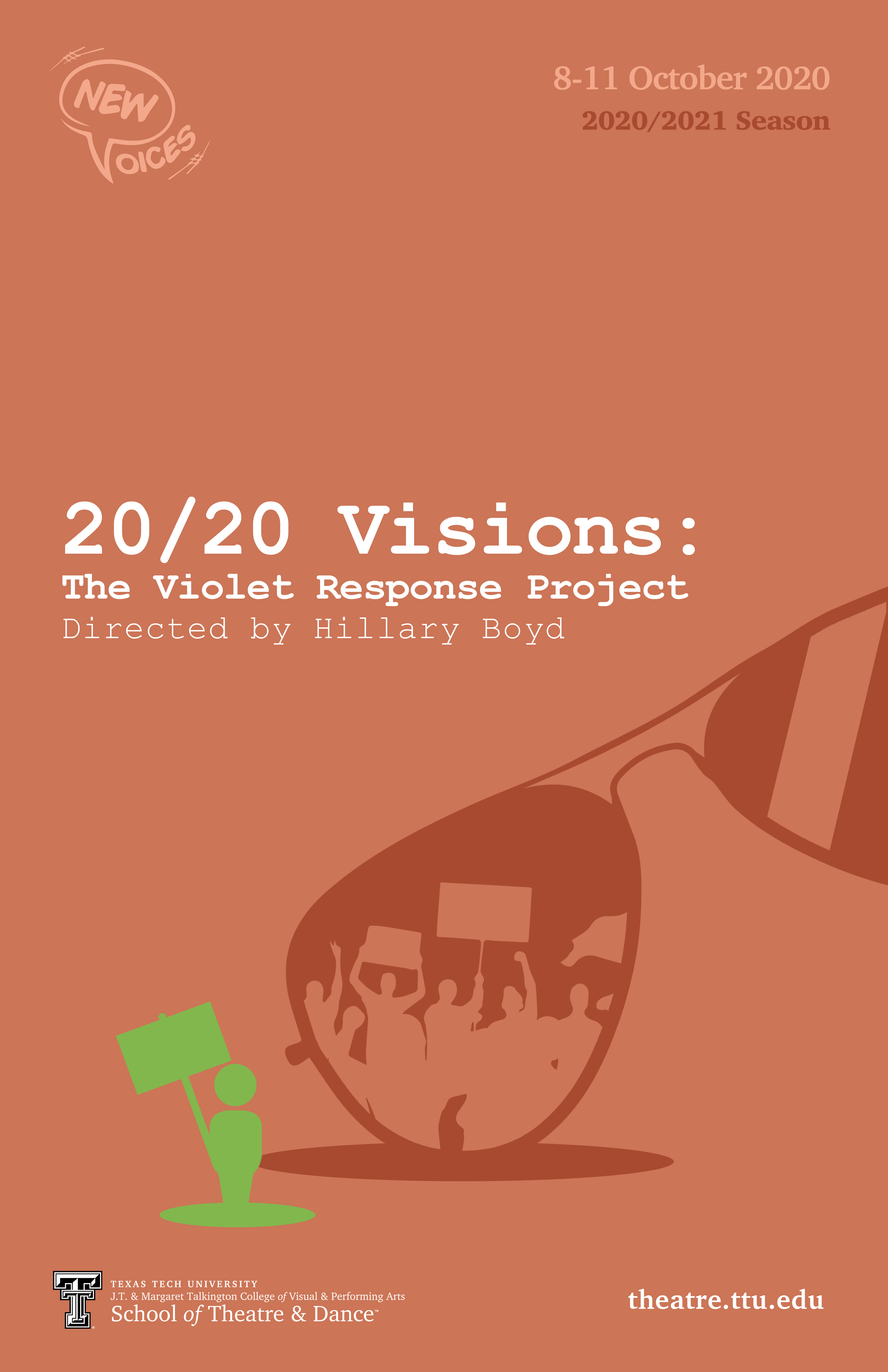 The season kicks off Oct. 8-11 with the online devised experience “20/20 Visions: The Violet Response Project.”

Texas Tech University's School of Theatre & Dance, housed within the J.T. & Margaret Talkington College of Visual & Performing Arts, announces its virtual 2020-21 theater and dance season featuring nine shows that navigate the muddy waters of the political world and its impact on personal journeys.

“We gave this season a theme, ‘The Personal and the Political,' based on through-lines we felt connected the plays selected and the dances to be choreographed,” said Mark Charney, director of the School of Theatre & Dance. “Ironically, our season has grown both more personal and political in the last few months. Rather than be constricted by the choices made pre-pandemic, we are embracing the concept of a fluid season, one that is continuing to evolve based not only on the world around us, but the community within the Charles E. Maedgen Jr. Theatre.”

The season features Henrik Ibsen's psychological thriller “An Enemy of the People,” in a new adaptation by Brad Birch; “Sonnets for an Old Century,” a deeply poetic play with music and dance by José Rivera; “Blown Youth,” a Shakespeare-inspired comedy by Dipika Guha; the spring dance concert, “DanceTech;” and “A Chorus Line,” the intimate musical classic with music by Marvin Hamlisch, lyrics by Edward Kleban and book by James Kirkwood and Nicholas Dante.

The season begins Oct. 8-11 with “20/20 Visions: The Violet Response Project,” the first show in the New Voices Series. An online devised experience using movement and music, “20/20 Visions” examines the current moment in history and the unique challenges of 2020.

The New Voices Series highlights exceptional student-driven work and introduces audiences to a new generation of playwrights, choreographers, performers and directors. The three additional shows in the 2020-21 season included in the series are “The Blue Flower,” “Fall Dance Festival” and “Frontier Fest.”

Unless otherwise noted, all performances in the 2020-21 season will be presented virtually on Zoom and are viewable on PC, Mac, iPad, iPhone or Android devices. Tickets are $5, free for Texas Tech students, and available for purchase online through the “Productions” menu on the School of Theatre & Dance website. To access free tickets, students can use their student ID number, or R-number, as a discount code during checkout.