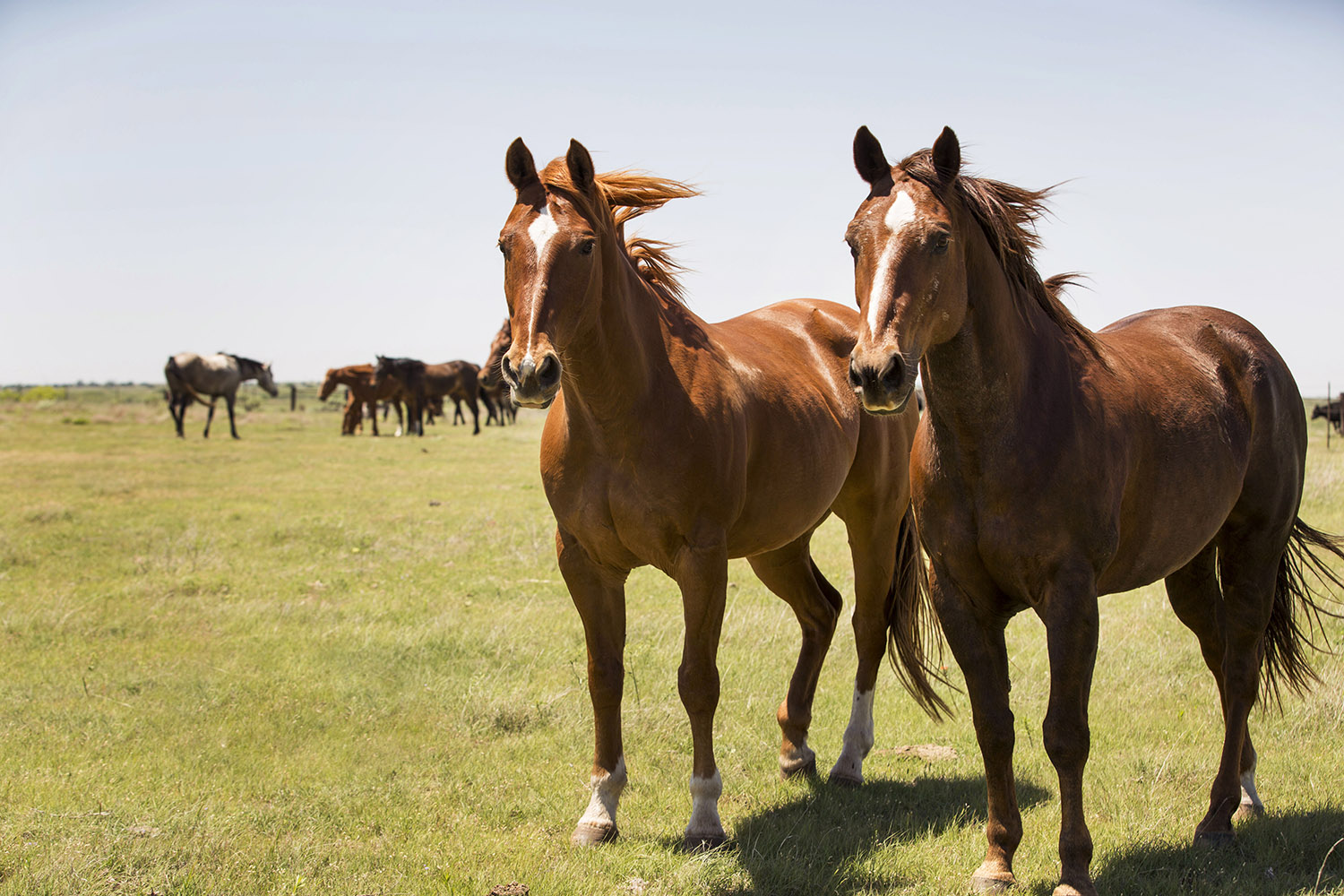 Jerry Black is a visiting professor at the Texas Tech University School of Veterinary Medicine and one of the world’s foremost equine veterinary experts in the U.S.

Jerry Black, a visiting professor with the Texas Tech University School of Veterinary Medicine in Amarillo, has been named to the nominating committee that will select the board or directors for the Horseracing Integrity and Safety Act (HISA) Authority and members of two standing committees.

Black, considered one of the world's foremost authorities on equine medicine and production with more than 40 years of experience, joined the School of Veterinary Medicine faculty in May. He will serve as one of seven members of the nominating committee tasked to select members of the board of directors who will execute the HISA and uphold the integrity and safety of thoroughbred racing throughout the U.S.

"It is an honor to be chosen by representatives of the thoroughbred industry to serve on this important committee," Black said. "Those chosen by the nominating committee to serve on the HISA Authority board and other committees will have the opportunity to create uniformity in medication policies, laboratory testing and track safety standards across the U.S. Uniform policies and regulations will improve the welfare of the horses competing as well as the integrity of the sport, and have been a goal of the racing industry for many years. I look forward to working with my colleagues on the nominating committee in the selection process that will define the leadership of the HISA."

The nominating committee was established through cooperation of the leaders in the thoroughbred industry, including Breeders' Cup, Churchill Downs Incorporated, Keeneland Association and The Jockey Club.

"The HISA will ensure that thoroughbred racing is conducted with the highest integrity and safety standards under the aegis of the bill's established authority," Coleman said. "With this goal in mind, the aggregate expertise of the board of the authority and its standing committees must span a wide range of areas from equine health and track management to regulation and lab-testing standards."

A native of Brownfield who spent his formative years on his family's farming and ranching operation near Clovis, New Mexico, Black spent the last 10 years serving as the Wagonhound Land & Livestock Chair in Equine Science and the director of equine sciences in the College of Agricultural Sciences at Colorado State University (CSU) in Fort Collins, Colorado. He also served as director of the Equine Reproduction Laboratory for the Department of Clinical Sciences in the College of Veterinary Medicine and Biomedical Sciences at CSU.

Prior to his arrival at Colorado State, Black served as a senior clinician and founding partner of Pioneer Equine Hospital in Oakdale, California, from 1973 to 2010. He also spent 15 years (1995-2010) as a resident veterinarian and owner of Valley Oak Ranch, a Quarter Horse breeding farm, in Oakdale. Black also served as an instructor of equine science at San Joaquin Delta College and Modesto Junior College in California (1974-1988) and visiting instructor at the University of California-Davis veterinary school (1993-2010).

Black has almost a half-century of experience in applied clinical investigation into equine veterinary medicine. He has been the principal clinical investigator (PI) or co-PI on numerous research studies since 1979 and, since 1994, has given numerous invited seminars and presentations around the world on various equine health topics, including hind-limb lameness of the western performance horse, diagnosis and treatment of distal fore limb lamenes and practical considerations for the use of intra-articular medications.

A past president (2002) of the American Association of Equine Practitioners, he earned the organization's Distinguished Life Member Award in 2010.

"Dr. Black is doing great work contributing to the growth of our School every day," said Guy Loneragan, dean of the Texas Tech School of Veterinary Medicine. "He continues to make meaningful contributions to benefit our wider society and animal health. Dr. Black's appointment to this committee is a recognition of his years of impact and the integrity and respect he holds across the equine world. He will rub shoulders with incredible people on this committee and, together, their nomination work for the HISA Authority and standing committees will lay the foundation to advance the integrity and safety of horse racing across our country for generations to come. We are very lucky to have Dr. Black as part of our school."

About the Horseracing Integrity and Safety Act Authority
The HISA Authority is an independent, non-governmental regulatory body responsible for improving current regulations and creating improved transparency in thoroughbred horse racing. It was created in September from a bi-partisan legislative collaboration to focus on the integrity of horse racing and the safety of both the horses and jockeys. It will require national, uniform safety standards, including anti-doping and medication regulations and safety programs at each track.

Two standing committees – the Anti-Doping and Medication Control committee and the Racetrack Safety committee – will each be composed of seven members, the majority of whom will be independent and selected from outside the equine industry.

Thanks to the generosity of Amarillo and communities across Texas and the commitment of legislators from around the state, the Texas Tech University School of Veterinary Medicine in Amarillo was established in 2018. In March 2021, the school was granted the all-important status of Provisional Accreditation, from the American Veterinary Medical Association (AVMA) Council on Education (COE).

The School of Veterinary Medicine recruits and selects students with a passion to serve rural and regional communities. Its curriculum is focused on the competencies and skills necessary for success in practice types that support these communities. Texas Tech's innovative and cost-efficient model partners with the wider community of veterinary practices across the state to provide clinical, real-world experiential learning.