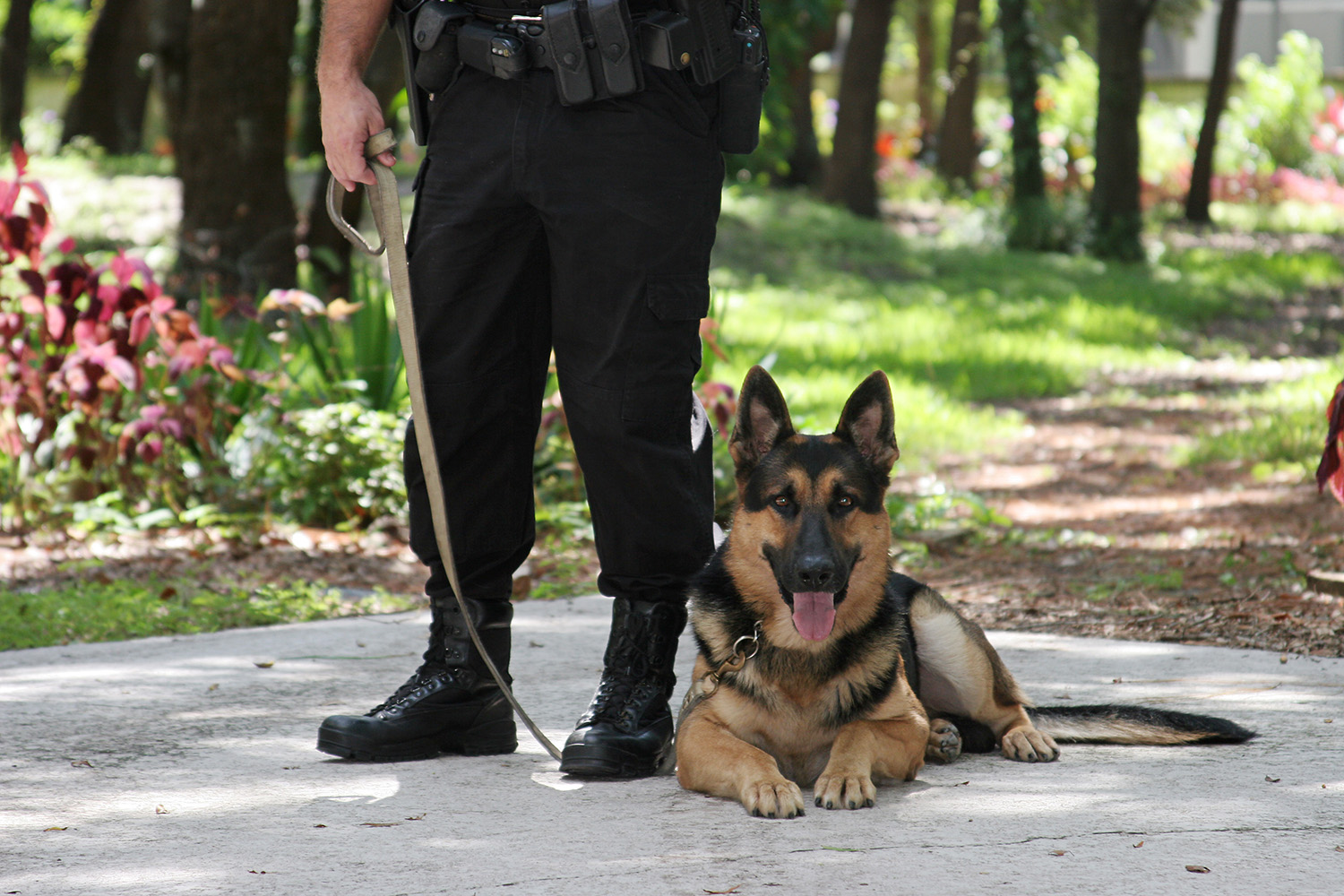 The project by Department of Animal & Food Science assistant professor Nathan Hall and the Institute of Forensic Science’s Paola Tiedemann is supported by a contract from the Department of Homeland Security Science and Technology Directorate.

Have you ever found yourself losing concentration when performing a repetitive task, even if that task requires your attention to be sharp and unwavering? It's hard to pay attention when doing the same thing over and over.

There's a term for that. It's called "vigilance decrement." It was discovered through research after World War II and was determined to be a biological phenomenon.

And it's not just found in humans. Dogs can get it, too.

While much research has gone into mitigating vigilance decrement in humans, Texas Tech University researchers are using their expertise in canine behavior to study canine vigilance and performance during lengthy search durations in operational environments.

Nathan Hall, an assistant professor of companion animal science in the Department of Animal & Food Sciences and director of the Canine Olfaction Research and Education Laboratory in the College of Agricultural Sciences & Natural Resources, is conducting this research project under a $446,197 contract from the U.S. Department of Homeland Security's Science and Technology Directorate (DHS S&T). Hall is joined in the project by research assistant professor Paola Tiedemann in the Department of Environmental Toxicology.

Due to their efficiency and performance standards, detection dogs continue to be a valuable and effective method for detecting explosives, narcotics and other materials, and their use continues to increase in homeland security settings.

Yet the most recent experiments have shown that though dogs may perform well under training conditions, vigilance decrement can show up under operational conditions, and introducing low-risk targets or reward training to keep the dog sharp goes only so far in enhancing vigilance.

Two methods will be used to evaluate motivation in the search environment – increasing rewards and increasing award anticipation. Hall will also evaluate training dogs to appropriately anticipate a low prevalence of targets during training sessions to better mimic operational scenarios.

Handlers also need to recognize when canine vigilance can be reduced and the proper training measures to ensure vigilance remains high. Through video recordings, researchers will attempt to identify if and when dogs show different behavioral patterns when vigilance is high and when it is low. Results will be evaluated using operational explosive-detection dogs, and successful mitigation training techniques and technology will be presented to DHS S&T.

"The objective here is to develop a systematic and controlled series of experiments using the latest olfactory and conditioning methods to enhance canine vigilance both in the laboratory and in operational environments when the number of potential targets is very low," Hall said. "We believe the vigilance decrements associated with low reward rates can be mitigated, in part, through handler and training manipulations."