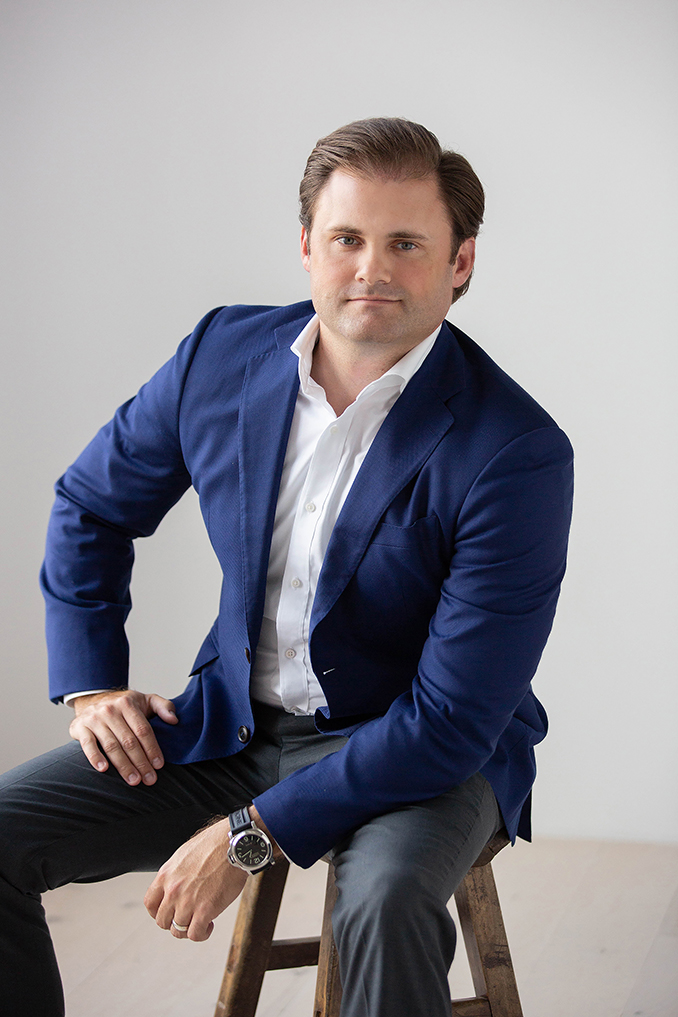 Cody Lummus came to Texas Tech University fully aware of the school's history and traditions. A third-generation Red Raider, he knew the education and experiences he would receive would set him up for success in any field he wanted.

When Lummus enrolled in 2004, he contemplated following in his sister's footsteps by studying marketing and management. He ended up in the Jerry S. Rawls College of Business, but as a finance major instead.

"I saw myself gravitating more to investments, understanding the intricacies of the market, company fundamentals and gaining a more in-depth understanding of the science behind investing and trading these company securities," Lummus said.

This path led him to intern and work for different companies and other Red Raider alumni in the financial services industry while a student.

Now, 12 years after graduating, Lummus is the co-founder and CEO of Delos Capital Advisors, a well-known and respected financial investment firm based in Dallas.

While at Texas Tech, Lummus was involved in numerous personal and professional organizations that helped him learn skills he still uses today as CEO of his own company.

He was a member of the Delta Tau Delta fraternity where he held a national position on the organization undergraduate council, and, in 2007, served as the group's president. Lummus said these roles kept him focused and taught him how to better manage his time and work toward a goal.

"There was a lot of time management I had to learn on the fly," Lummus said. "I think that not only helped when I was in school, but also it helped me as I moved into the workforce, just understanding the hard work it takes to build something."

As president, he worked with the fraternity's executive group and oversaw around 120 other students. Lummus said while it was hard bringing together that many different personalities, it showed him the importance of communication and reminding people that they are all working toward the same goals.

This is directly in line with what he's doing now, more than 10 years later, at Delos Capital Advisors.

"It's bringing together the right people, the right team members and putting them in the right places so we're able to all focus on that goal we've set out for the firm and for ourselves," Lummus said.

When Lummus crossed the stage in 2008, the country was in the middle of a financial crisis. He said he was unsure if he would be able to find a job in the industry because no one was really hiring, especially not fresh-out-of-college applicants.

However, he had plenty of professional experience from his various internships, including the one he worked in the summer before his senior year. He spent time with a group that was eventually bought by Wells Fargo, went back to work for them during the winter break and continued to stay in touch during his final semester.

Before he graduated or got a job offer, he considered getting his Master of Business Administration but decided to jump into the industry despite the uncertainty at the time. He ended up getting hired full-time at the company he interned with throughout his senior year and decided to start his professional career rather than go to graduate school.

Lummus said the transition was smoother than he anticipated because of his prior involvement in the industry and the management skills from his fraternity.

"The best thing you can do is get real-life learning experience," Lummus said. "Try different things, explorer opportunities and find your passion. You're going to find that right spot and, hopefully, be able to work hard and work through challenges, whether that's challenges you can control, or you can't."

Growing up and throughout college, Lummus always thought about starting his own company just as his parents had done. As the youngest child and a third-generation Red Raider, he said he aspired to be a business owner himself.

"Being an entrepreneurial family, my family owned multiple business throughout their career," Lummus said. "Being the baby, I had the opportunity to watch what it took to be successful and the hard work needed for things to unfold the way they did.

When he decided to take the leap and start his own firm, the first step was finding the right business partners. Once he had the right group together, he wanted to focus on building the company and its differentiating culture.

To him, the most important thing was that Delos had a culture of inclusiveness. Lummus said he wanted to be the firm where people could bring ideas to the table and know their voice would be heard.

"That's one of the main reasons we didn't put our names on the door," Lummus said. "A lot of professional firms will have the last names of the founders on there. We chose not to do that because we believed we were building this first to be bigger than just us."

Having a lengthy combined experience in the financial industry, Lummus said he and his partners looked to their previous companies, firms and mentors to see what they could learn and grow from, as well as what they could expand on.

"It has never been about recreating the wheel," Lummus said. "It's about improving it on the edges."

That led to them investing in, and, utilizing different types of technologies to best serve their clients in an evolving industry.

"We wanted to make sure we were providing things that we believed our clients expected, but also needed, so they could achieve their financial goals," Lummus said.

Planning for the future

When the firm first started, most of the focus was on bringing in new advisers and clients to grow the business. Now, Lummus said he is planning the bigger picture of the firm while not getting too far ahead of himself and ensuring the growth is done the right way.

"We want to build it the right way with the right people, and it doesn't have to be done immediately," Lummus said. "We want to make sure we're keeping the culture that we set out to build."

As the firm celebrates being in business more than a year, they already are planning on expanding outside of their Dallas office. While they want to expand the company's presence in the Dallas-Fort Worth area, they also want to grow in new entrepreneurial hubs.

Lummus said their next office, which is set to open in October, will be in Southern California because it provides substantial opportunities for the future growth of the firm. The main goal is to continue growing so Delos can serve as a benefit to individuals and families.

"It's growing the team in a way that's smart in our eyes," Lummus said. "To grow our revenues, we have to grow assets. And so, we've got to have opportunities to bring in new clients and new families that want to work within our process and believe in the Delos Way."

Lummus said much of the personal and professional success he has encountered, including the growth of Delos, stems back to the experiences Texas Tech provided him through various leadership roles and network connections.

"I look at Texas Tech and I'm very grateful for the opportunities it has provided me and my family, and hopefully for others, to find their passion," Lummus said.