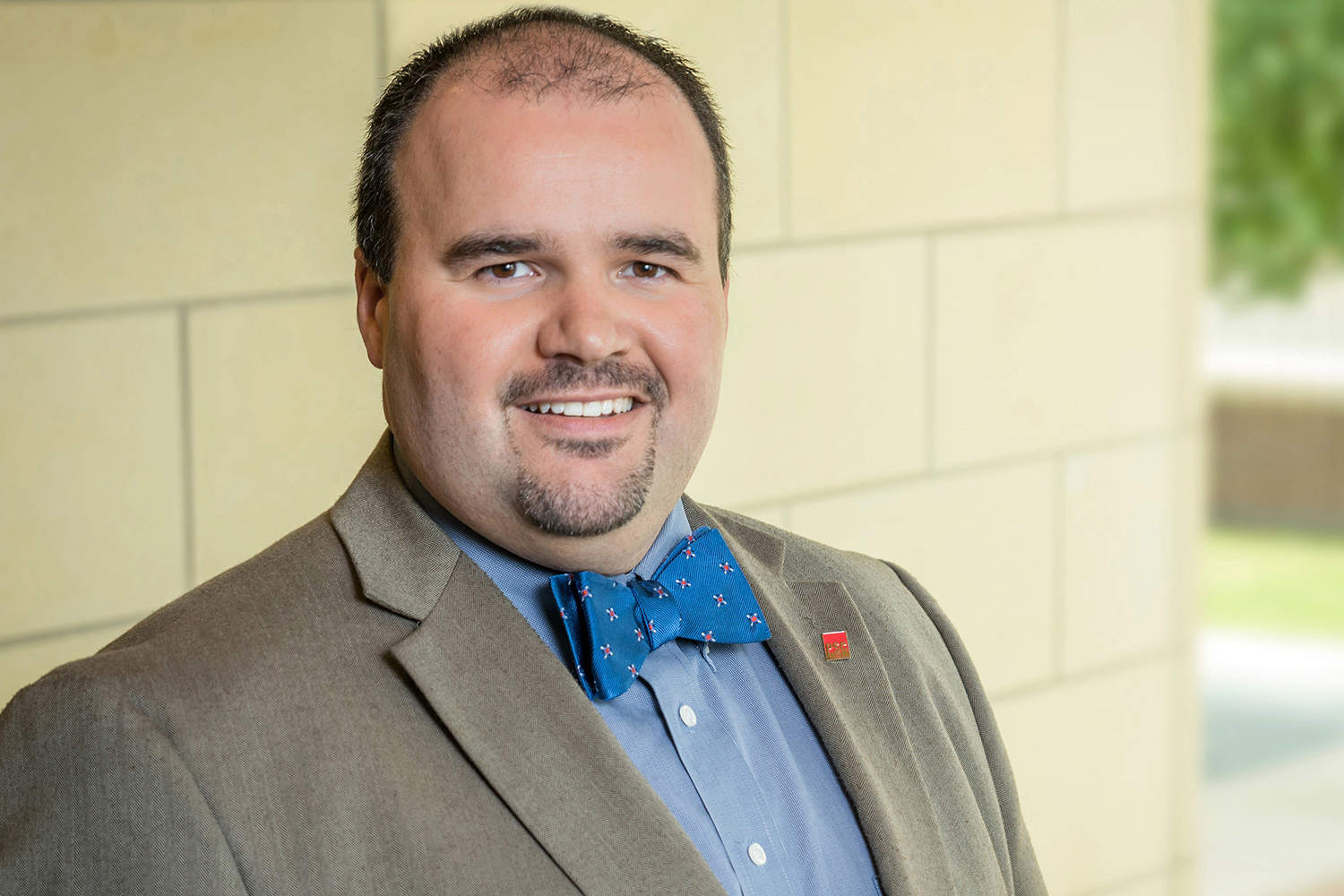 “Opus in Brick and Stone: The Architectural and Planning Heritage of Texas Tech University” details the parallels between the university’s buildings and Spanish architectural history.

After serving in the U.S. Navy during World War II, a talented draftsman and design build project manager, Bill Griggs, planned to pursue a career in architecture. In the course of this career however, he never had the opportunity to become an accredited architect as Arkansas did not allow architects to become accredited through work experience alone.

This story of passion and denial, stuck with the man's grandson, Brian Griggs, and would inspire his own career and interest in architecture many years later. Griggs eventually earned a master's degree in architecture and business administration, both in 2004, from Texas Tech University. This May, after more than a decade of work, he has published "Opus in Brick and Stone: The Architectural and Planning Heritage of Texas Tech University."

The book, published by TTU Press, tells a story that begins in January 1492 and continues through today and into the future. The story of Texas Tech's campus plan and architectural origins changed throughout the decades to reflect history.

"There are plenty of books out there on campus architectural history, or architecture in general, and too many of those books are obviously not for the layperson," Griggs said. "My hope was to write, draw and photograph a book that thoroughly documents the architectural history and details of the Texas Tech campus with side-stories that will appeal to the general public."

From Lego to Architect

As a child, Griggs often found himself surrounded by markers, Legos and model kits. His passion for creating and building transformed into a feasible career path after attending a two-week architecture camp the summer prior to his sophomore year of high school that introduced him to architectural design and the studio environment.

Prior to having a driver's license, a 15-year-old, Griggs stumbled into a small, family-owned architecture firm, D.E. Ritter Architects, a 10-minute walk from his family's home in Farmers Branch and asked for a summer job. That summer, Griggs walked to and from work, soaking up architectural knowledge and experience. His mentor taught him several drafting and hand-drawn rendering skills.

"My work at D.E. Ritter Architects qualified me for an internship development program at Carrollton R.L. Turner High School my junior year. As part of that program, I had to schedule and spend a day at a different architecture firm somewhere in Dallas," Griggs said. "I was able to get into Hellmuth Obata Kassabaum's Dallas office, a very large national firm, and shadow an architect named David Holmes for several hours one day in spring 1998. Holmes just happened to be a Texas Tech graduate and made a pretty good pitch to me to consider Texas Tech – he thought it was a great school with a great architecture program. His pitch worked."

In October 1998, Griggs and his parents visited Texas Tech. Despite the campus-wide low spirits after losing a big football game and a very windy cold front that blew in that morning, Griggs fell in love with the university.

From architect to author

After graduating in 2004, Griggs took a full-time position with Parkhill, Smith & Cooper (PSC) in their Lubbock office. While in that position, Griggs worked on the master plan for Overton Park and the design of Rawls College of Business. After becoming a licensed architect in 2009, PSC approached Griggs about an opportunity in the Amarillo office to take a lead role in facilitating the merger of Wilson-Doche Architects into PSC.

The idea to write his book began while attending a Texas Society of Architects Board Meeting in Chicago in July 2009.

"During a free afternoon, I went with some colleagues to a beloved former iconic mecca for architectural geeks – the Prairie Avenue Bookstore," Griggs said. "I had visited Prairie Avenue once before in 2005 and was shocked to find out that it was months away from closing. Architecture books had already been picked apart on the lower level, so I went up to the antiquarian loft to browse and while there, a huge, tattered book caught my eye."

The book, "Renaissance Architecture and Ornament in Spain" was by a Scottish author and architect Andrew Noble Prentice. Inside were drawings Griggs immediately recognized from the one prior book that all architects who did work at Texas Tech were familiar with, "Texas Tech: The Unobserved Heritage," by Nolan Barrick. The small 1985 book documented what Barrick had learned about the first six years of Texas Tech's founding and existence from the architectural perspective.

"I also saw another drawing – a wrought iron grille, known as a reja," Griggs said. "It was from a cathedral in some Spanish town I had never heard of called Sigüenza, but I immediately recognized it from details I had seen before on the Texas Tech Administration Building. I immediately bought the book, and had it shipped home."

A few weeks later, Griggs was in Portland, Oregon for a conference when his boss had asked him to write a narrative for a proposal to submit to Texas Tech for a new project that highlighted the firm's understanding of university's architectural history and Spanish Renaissance style.

"I remember eating lunch in a hotel lobby typing away on my laptop to get that narrative done when it hit me: maybe it was time for a new book on Texas Tech's architectural history," Griggs said. "I started looking more closely at what info I had and what was missing, but in late August 2009, I muscled up the courage to call Nolan Barrick – who was then 96 – and asked if I could meet with him. I brought the book by Prentice and showed Barrick the discovery of architectural features used at Texas Tech he was unaware of. I asked for his blessing in undertaking a new book, and he agreed. After that, it would take over a decade to finish the book to publication."

Griggs was preparing to propose the project to a commercial press when, in 2015, he got a call from Joanna Conrad at TTU Press, who had dusted off a previous proposal document from 2013 and wanted to revisit it. TTU Press and Texas Tech University System's Institutional Advancement joined forces to secure two grants – one from PSC for research travel needs, and a design and production grant from The CH Foundation.

"This book would not be a reality if it wasn't for The CH Foundation and my colleagues at PSC," Griggs said. "I traveled to Spain in fall 2017 to field documents by drawing and photographing buildings there that, through my earlier research, I knew had inspired the architecture at Texas Tech."

A draft manuscript was completed in late 2017, an illustration package in spring 2018, final edits and revisions to both in spring 2019 and all scale drawings were finished in August 2019. The book was published in May 2020.

"I hope this book is only a starting point for Texas Tech in further embracing and celebrating its Spanish renaissance architectural heritage," Griggs said. "Campus didactics, research and cultural partnership opportunities in Spain and countless opportunities could emerge from this – even more advantageous as we near the university's centennial anniversary."

The book with over 280 drawings, photos and small side-stories with human appeal notes can be purchased from Amazon or Barnes & Noble.