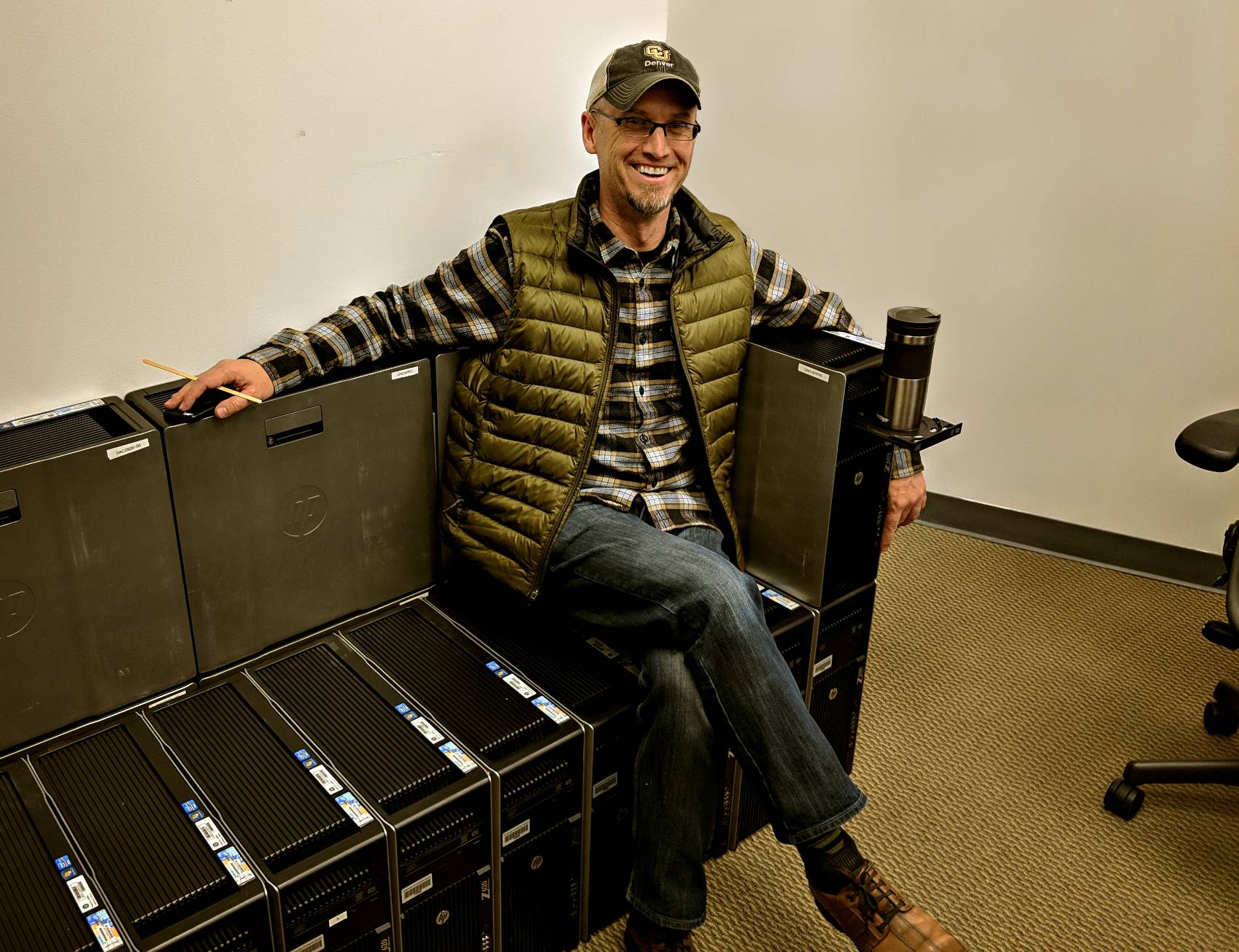 Texas Tech University's J.T. & Margaret Talkington College of Visual & Performing Arts (TCVPA) has named Dane Webster as director of the School of Art. Webster begins his new role Thursday (July 9) and replaces Robin Germany, who has served as interim director of the school since May 2018.

"Dane will coordinate and guide all aspects of the School of Art in collaboration with the faculty and the J.T. & Margaret Talkington College of Visual & Performing Arts," said Noel Zahler, TCVPA dean. "During this very exciting time for both the School of Art and the college, his experience and vision will complement our strategic initiatives and help us all raise the profile of the school and college nationally and internationally. He will help us create partnerships with other institutions and broaden our recruiting of high-quality students and faculty, as well as lift the visibility of the School of Art's faculty and alumni."

Webster most recently served at the University of Colorado-Denver as an associate professor, director of the Digital Animation Center and as associate dean of academic affairs for the College of Arts and Media. He has extensive experience in administration, fundraising, technology and both international and interdisciplinary collaboration. He is a photographer, animator, visualizer and creative coder.

Before arriving in Denver, Webster spent 12 years at Virginia Tech University, where he started their 3D computer animation program within the School of Visual Arts and created and served as director of the master of fine arts degree program in creative technologies. He also was a senior fellow with the Institute for Creativity, Arts and Technology, which promotes research and education at the boundaries between art, design, engineering and science.

His artwork and short films have been shown in numerous juried art exhibitions and highly competitive short-film venues. His visualizations helped fundraise $100 million for building projects at Virginia Tech and have been viewed more than 110,000 times, primarily by students learning about a Native American settlement in Virginia. They also have been shown as part of an interactive app at the Smithsonian's National Museum of Natural History that depicted animations of specimens as part of an augmented-reality exhibition.

Additionally, his work and research has been published in several journals, including Science, the peer-reviewed academic journal of the American Association for the Advancement of Science, and has been presented at several conferences, including the International Conference on 3D Web Technology.

Webster said in addition to working with other artists, he also has collaborated with researchers in computer science, music, math, mechanical engineering, disaster science, history, weather, social science and education. He looks forward to the opportunity to continue this type of transdisciplinary collaboration at Texas Tech.

"I have thought often of my last night in Lubbock during my campus visit, sitting in a restaurant around a large dinner table, talking with many of the School of Art faculty about the past, present and a possible future," Webster said. "That night put the hook in me, leaving me feeling humbled at the thought of being welcomed by such an impressive group of artists, designers, scholars and professionals, and also very excited about what new steps we all might take together."

The search committee included members from all three of TCVPA's schools: