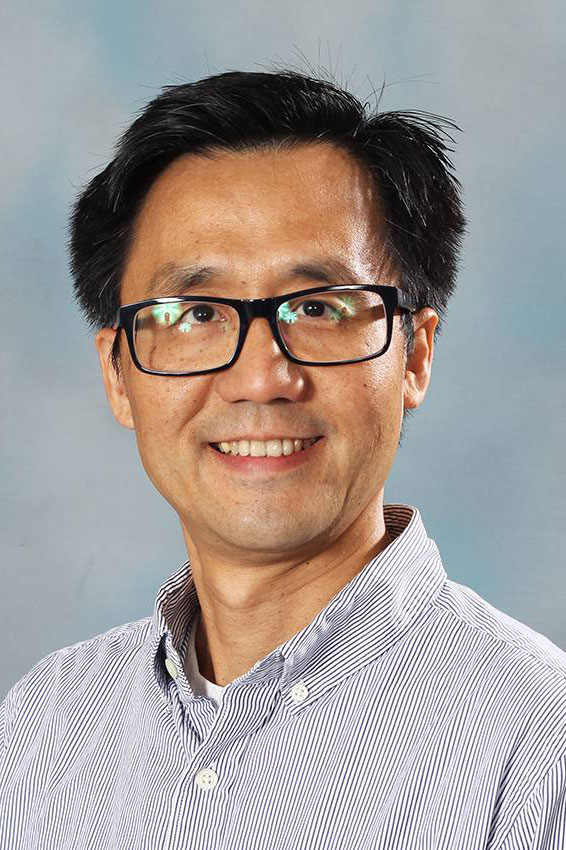 "People were asking way before COVID-19, even before the first SARS virus, just what could be the next major epidemic for humans," said Kai Zhang, an associate professor in the Department of Biological Sciences at Texas Tech University. "Most people agree it's probably some kind of respiratory virus, just because those mutate so quickly and are everywhere in nature. Because the human population keeps growing – and with urbanization, there's going to be increased contact between humans and wild animals – eventually, something that normally only exists in wild animals will find an intermediate host or maybe jump directly from animal to human.

"While that happens all the time, 99.999% of the time, we never know because it doesn't cause a pandemic. But occasionally, things like that do occur, and when it does, we have never seen that novel pathogen before, and it can cause a major, major problem. So, it's always a matter of when the next pandemic will happen – it's not if."

That was the idea behind the creation of Texas Tech's new Zoonotic & Infectious Diseases Research Center, a transdisciplinary initiative that brings together under one umbrella more than 30 years of zoonotic disease scholarship and expertise within the university.

While the Zoonotic & Infectious Diseases Research Center began before COVID-19, the pandemic has provided researchers with valuable opportunities.

"This thing, as bad as it is, will pass and we'll recover from it," Zhang said. "We will pay a heavy price, for sure, but, before the next pandemic occurs, what can we learn from all this?

"With a research center like this, we understand those threats are always going to be there. If it's a human-specific pathogen, we can eliminate it. If it's zoonotic, we have to learn to live with it."

That's exactly what Zhang is trying to do through his research on a zoonotic pathogen called Leishmania first discovered more than 100 years ago. It's a microbe that can be transmitted between animals – mostly canines and rodents – and humans through the bite of a sand fly.

Leishmania causes a disease called leishmaniasis that takes many forms.

Sometimes it's localized into a skin lesion, an ulcer or scaly knob. Sometimes it's disseminated deeper into the body where it can attack internal organs. Without treatment, it can be fatal.

"It's a very important disease," Zhang said. "It doesn't kill as many people as malaria or HIV/AIDS, tuberculosis or respiratory viruses, but it still affects a lot of people."

That's because the sand flies that transmit it are everywhere in tropical and subtropical areas of the world, and treatment options are limited at best.

"There are only four or five drugs for leishmaniasis, and they are all either not very good or not very cost-effective," Zhang explained. "There's no vaccine. The most effective approach is still just vector control: try to avoid getting bitten. If you do get bitten, and if you are infected, you just have to have a quick diagnosis.

"If it's a relatively benign form of leishmaniasis, and it just infects some part of the skin, it doesn't have to be treated. It can be self-cured, but it takes several weeks or months, and sometimes it will leave a permanent scar. But if it's a mucosal or visceral infection, those are dangerous and must be treated, even though the treatments are not optimal."

Because it would be impossible to eliminate Leishmania, Zhang is working to discover a way to make the microbe less harmful to humans.

"Our research is mostly focused on how they make lipids," he said. "Lipids are membrane components – all living forms must have membranes that separate their cells from the outside. We hope to understand how they make their lipids, which are very different from the lipids in our cells or in other hosts, so maybe we can find a new target to inhibit those parasites."

Using molecular and cellular biology, Zhang and his team are examining the roles of different genes and proteins within Leishmania.

"We can try to remove the gene or the protein from the parasite, then see what happens to it," he said. "Does it still work? Does it still grow? Can it still cause infection? We also can do a more detailed analysis. What kind of processes does it affect? Does it stop making lipids or making energy? Does it stop it from changing shape? We can study all of that."

While Zhang has been studying this in his own lab for years, he is excited about the prospect of collaborating more easily with colleagues across campus who can help him take his research even farther. It's this type of mutually beneficial working relationship the Zoonotic & Infectious Diseases Research Center was designed to facilitate.

"Every researcher, after a while, thinks about what we can do to enhance our research profile, to do more things," Zhang said. "For myself, I would love to have colleagues who can work with sand flies, who can grow them and carry out a Leishmania transmission experiment. Naturally, that doesn't have to fit into a zoonotic disease center, but it definitely helps.

"Right now, I collaborate with people all over the world, but if we have somebody here – right next door or in the same building – it makes it a lot easier. It's not essential. People always say, if you find a good collaborator, it can be on the other side of the world, and you'll collaborate very, very well. But it clearly has benefits to be at a closer distance."